Roommate Rules: What you shoul.. 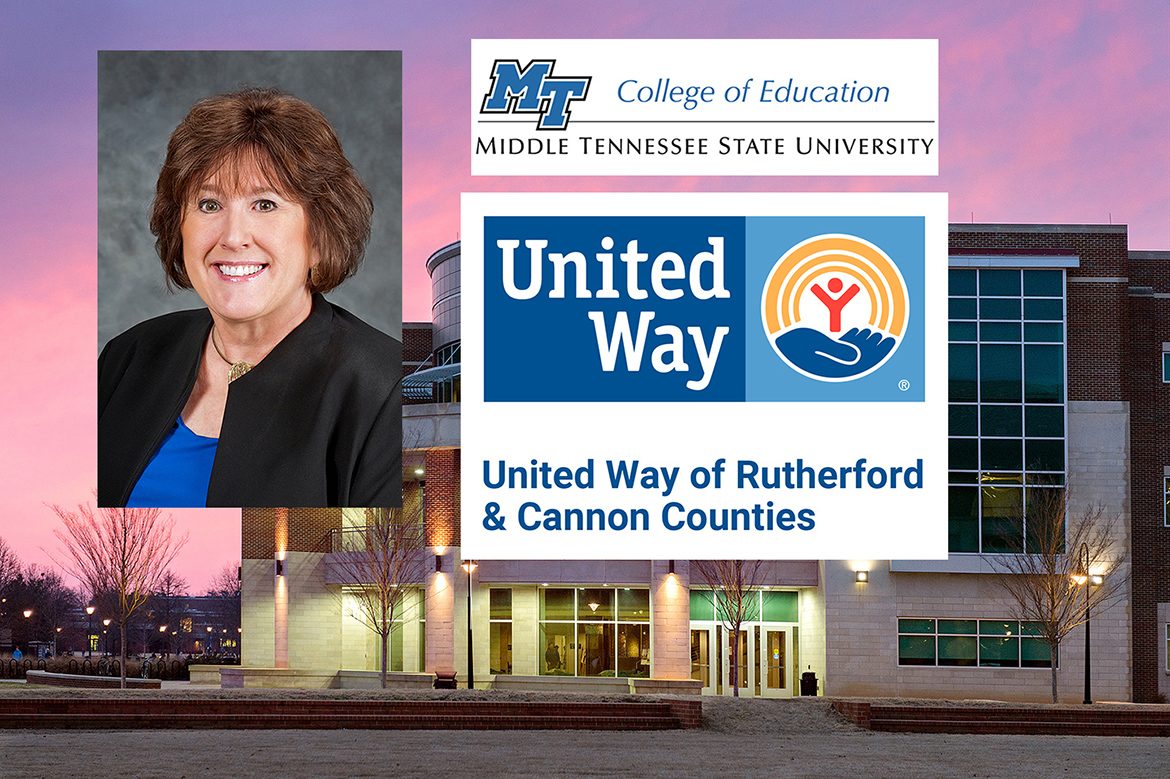 MTSU’s Lana Seivers, dean emerita of the College of Education, devoted her almost half-century-long career to education — from her years in the classroom and school administration, to her service as the Tennessee education commissioner and on to her decade as dean of the university’s College of Education before her retirement this year.

In recognition of her service to children and to the community, the United Way of Rutherford and Cannon Counties announced that Seivers will receive the Linda Gilbert Advocate of the Year award.

The award will be presented Aug. 30 at the local United Way’s annual Community Celebration at the Embassy Suites in Murfreesboro. (UPDATED AUG. 30: Due to the increase in COVID-19 cases locally, the Aug. 30 event has been postponed until Nov. 4.) 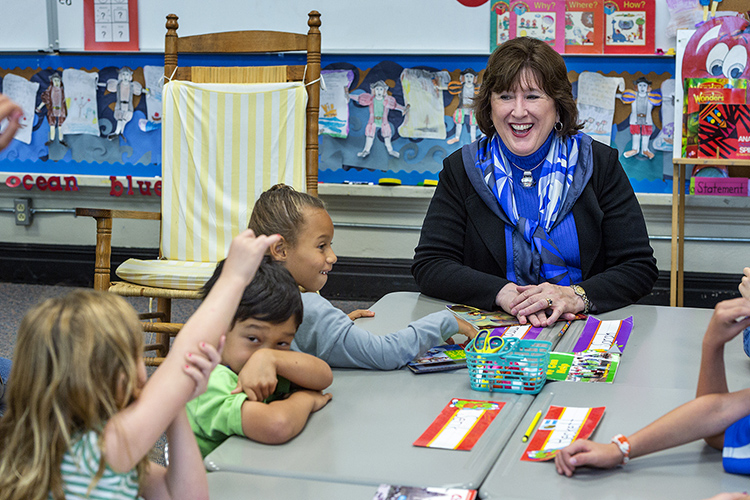 “It’s always gratifying to be recognized for your efforts, especially when it’s by an organization like the United Way,” Seivers said. “The award is humbling because I’m just one of many people who have given their time and resources to support United Way, and there are countless educators who are deserving.”

The award recognizes Seivers’ “lifelong commitment to education” and her “key role in advocating for children across the state of Tennessee.”

United Way named the award after the late Linda Gilbert, a former MTSU education professor and director of Murfreesboro City Schools who also dedicated her life’s work to children and educators. Gilbert, who passed away unexpectedly in spring 2020, was posthumously presented the United Way’s inaugural advocacy award last year.

“Seivers exemplifies the values of the late Dr. Linda Gilbert and her commitment to the future of children,” stated the United Way’s announcement.

Seivers said that the award means even more because it honors Gilbert.

“There was no one like her,” Seivers said. “She worked tirelessly to do everything she possibly could to make a difference for children, and you see her efforts everywhere you look…. There’s no way to describe the impact of her life and her loss.”

During Seivers’ time as state commissioner of education, she helped implement a voluntary pre-K program statewide. While at MTSU’s College of Education, she led efforts to develop and transform the teacher education program.

Among the many improvements she oversaw, she gained approval of a unique doctoral degree program that focuses on the connection between assessment quality and student success, she supported the college’s redesign of the teacher education program in 2013, and she headed a teacher preparation program that was recognized as one of the best clinical practice programs nationwide in 2020 by the National Council for Teacher Quality.

Seivers retired as the education dean in 2020 after her 30-year retirement plan turned into a 48-year one: she was ready for life’s next chapter.

“I also think there are so many people with talent and energy who can add a lot of value to what we do in education,” she said. “It’s their turn. I’m just glad to have been lucky enough to support students and educators as they move forward.” 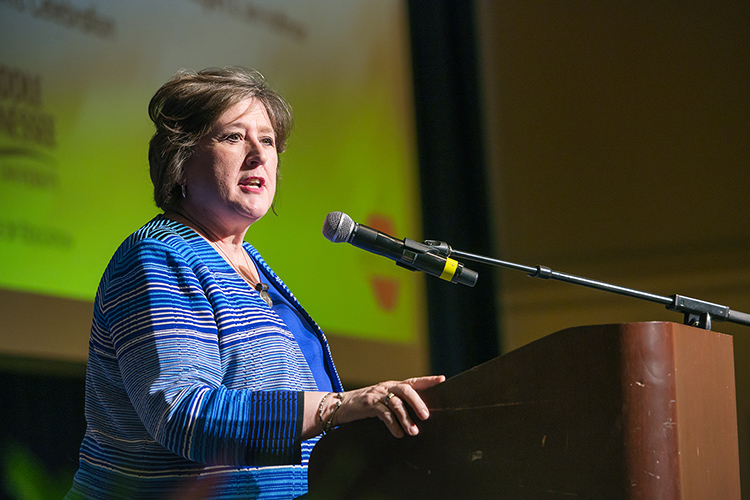 So far, Seivers is enjoying retirement by spending time with family and friends, working in the community and reading books.

Reflecting on the current state of education, she is concerned about the decrease in the number of people entering the teaching profession.

“It’s going to take a concerted effort to demonstrate that choosing teaching is rewarding,” Seivers said. “I believe MTSU will continue to value its teacher education program and keep working on ways to recruit and support students who choose to enter the field of education.”

To learn more about the opportunities at MTSU’s College of Education, visit the college’s website and Facebook page. 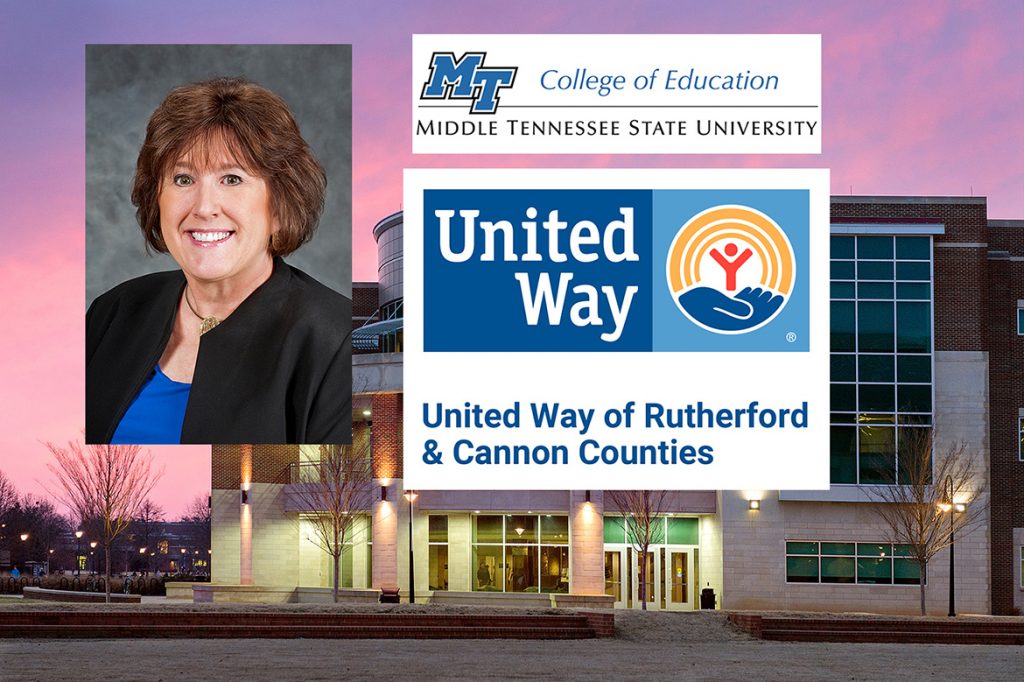 The United Way of Rutherford and Cannon Counties announced Lana Seivers, Middle Tennessee State University dean emerita of the College of Education, as the winner of the Linda Gilbert Advocate of the Year award, which she will be presented at the Aug. 30 Community Celebration at the Embassy Suites in Murfreesboro. (MTSU graphic illustration by Stephanie Barrette)