Roommate Rules: What you should know about having ...

Roommate Rules: What you should know about having a college roommate 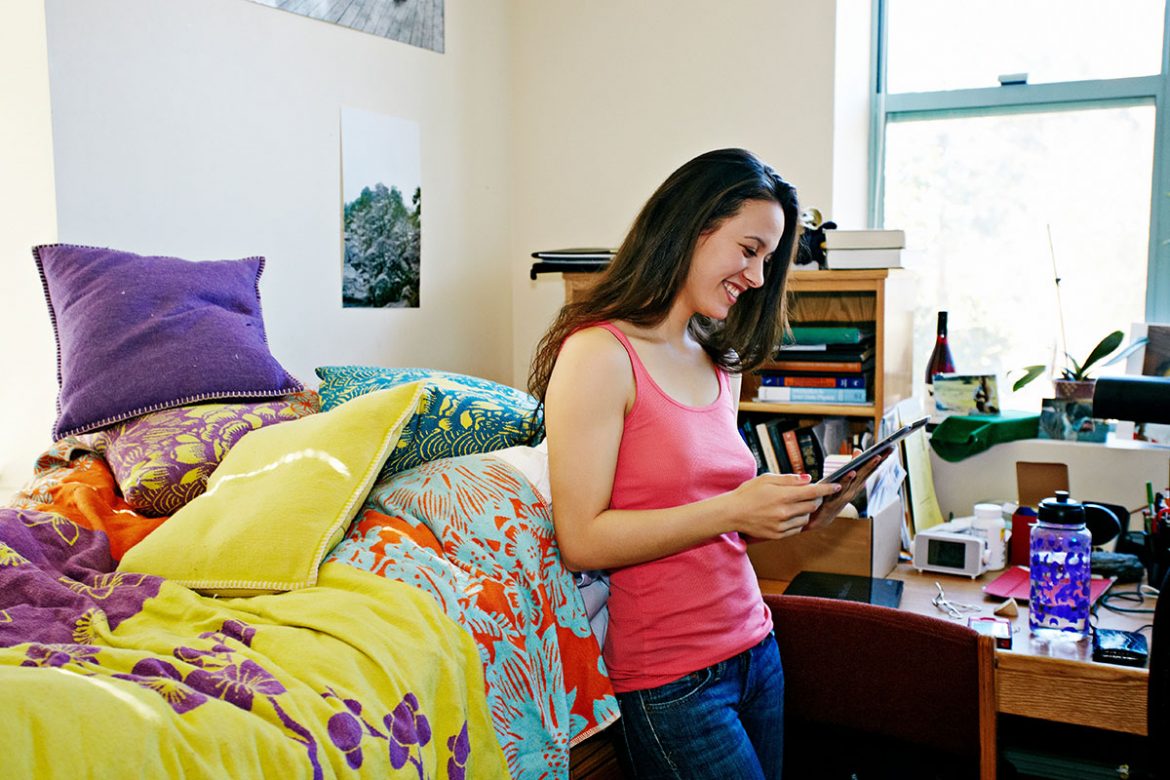 As an only child, I don’t like sharing. I love having my space, and my things, and my time. So, when I decided I was going to live on campus for my first year of college, I knew I was stepping out of my comfort zone. Not only was I going to live with a stranger, but I also didn’t even meet or talk to her until move-in day. As young adults fresh out of high school, we know very little about sharing a space with someone else effectively. So, for those of you who are currently lost like I was, I’ve put together a guide for you. With move-in day right around the corner, I know you’re probably thinking about other things. Such as, “Can I really fit all of these boxes in my mom’s Toyota Prius?” However, if I could borrow a few moments of your time, these are the most important things I’ve found that make a roommate relationship successful.

Learn about each other

Spend time with each other. Learn what makes them tick, what their allergies are, their habits (good AND bad, be honest!), and so on. Ask questions. When you’re living together, few questions are too personal. What time to they go to bed? What time do they get up? Do they have to sleep with the TV on? Does loud chewing make them mad? Does loud chewing make you mad? It makes me mad, stop it! It’s like hearing an avalanche. Anyway, to know their habits is to help the relationship. You can never go wrong by having a lot of information. Learn about them. And they should do the same.

Once you’ve learned each other’s pet peeves and habits, set boundaries. What kind of boundaries? Well, I’m talking about the ones that will shape how you live with each other and respect each other’s space. For example, maybe you’re both totally fine with sharing everything in your fridge. Or maybe one of you has the top shelf and the other has the bottom, or you have two separate fridges. It’s important to have boundaries so no lines are purposefully crossed. If you have an 8 a.m. on Tuesdays and Thursdays, but your roommate likes to come home at 3 a.m., that’s a conversation to be had. Another example would be what happens when one of you is away and the other one has a guest sleep over? Are you okay with them letting the guest touch your things and sleep in your bed while you’re gone? I’ve known people that have done that. It’s all about having these conversations and establishing what is okay and what is not okay.

Be willing to compromise

On the other hand of setting boundaries, be willing to compromise. I once had a roommate at a summer camp during my junior year of high school. We lived in a two-person dorm room for a full week. She was super sweet, but she would talk to her boyfriend on the phone all night. I slept horribly the first two nights. We were only staying a week, so we didn’t bother setting boundaries. I felt bad because I didn’t want her to think I was angry with her, but we had to have the conversation. We came to the agreement that she wouldn’t talk to him past a certain time. I was grateful because she was willing to compromise and it made living with each other that much easier. She still got to talk to him, and I still got my sleep. It was great! Compromising is a powerful thing.

Another thing you should do with your roommate is exchange emergency contacts. Freshman year at MTSU, my roommate and I both gave each other our mother’s numbers because that’s who our emergency contact was. It’s just a safety precaution and it can only help you. My roommate’s phone died one night, and her mom couldn’t reach her, so she called me. It cleared things up quickly and kept her mom from becoming distraught. That’s more of a little tip than a big, extensive point. However, I think it’s important.

Alright, so you’ve just met, and you’ve talked about pet peeves, habits, boundaries, and so on. Now it’s time to actually live together. Sooner rather than later, you’ll realize that your space needs some upkeep. Who would’ve thought you had to dust regularly? Once you get to this point, it’s important to establish agreements. Mostly regarding chores. That trash adds up fast, doesn’t it? Who’s taking it out? Are you guys alternating weeks? Or maybe one of you takes out the trash and the other sweeps. Find out who is going to do what and establish a mutual agreement. Some people even like to put it in writing.

Have each other’s backs

You two are under the same roof for the better part of a year, and maybe longer if you choose. Be kind to one another. If you know they have to be up at 7 a.m. and you see that they’ve slept through their alarm, maybe wake them up and let them know. If you guys are in your room and their ex knocks on the door, kindly tell them they’re not home. If you stop by the Starbucks in the library before going back to your dorm, get them their favorite drink. All of these are true ways that my roommates and I have had each other’s backs through the years.

At the end of the day, you and another person are sharing a room for at least a year. The most important thing you can do for them and the thing that will help your relationship the most is respect. To respect each other is to learn about one another, set boundaries, establish agreements, know where to compromise, and have each other’s backs.

I know several people who have made lifelong friends out of their roommates. I know some that have horror stories. Whatever the case may be, I truly feel that if both parties are doing the things I just spoke about, living with each other will be a success.