MTSU aerospace professional pilot major Mike Harris can claim he had a near-out of this world experience during his summer break from classes.

His “vacation” was more like work, though he was honored to serve an internship with Virgin Galactic — the American spaceflight company founded by Richard Branson. 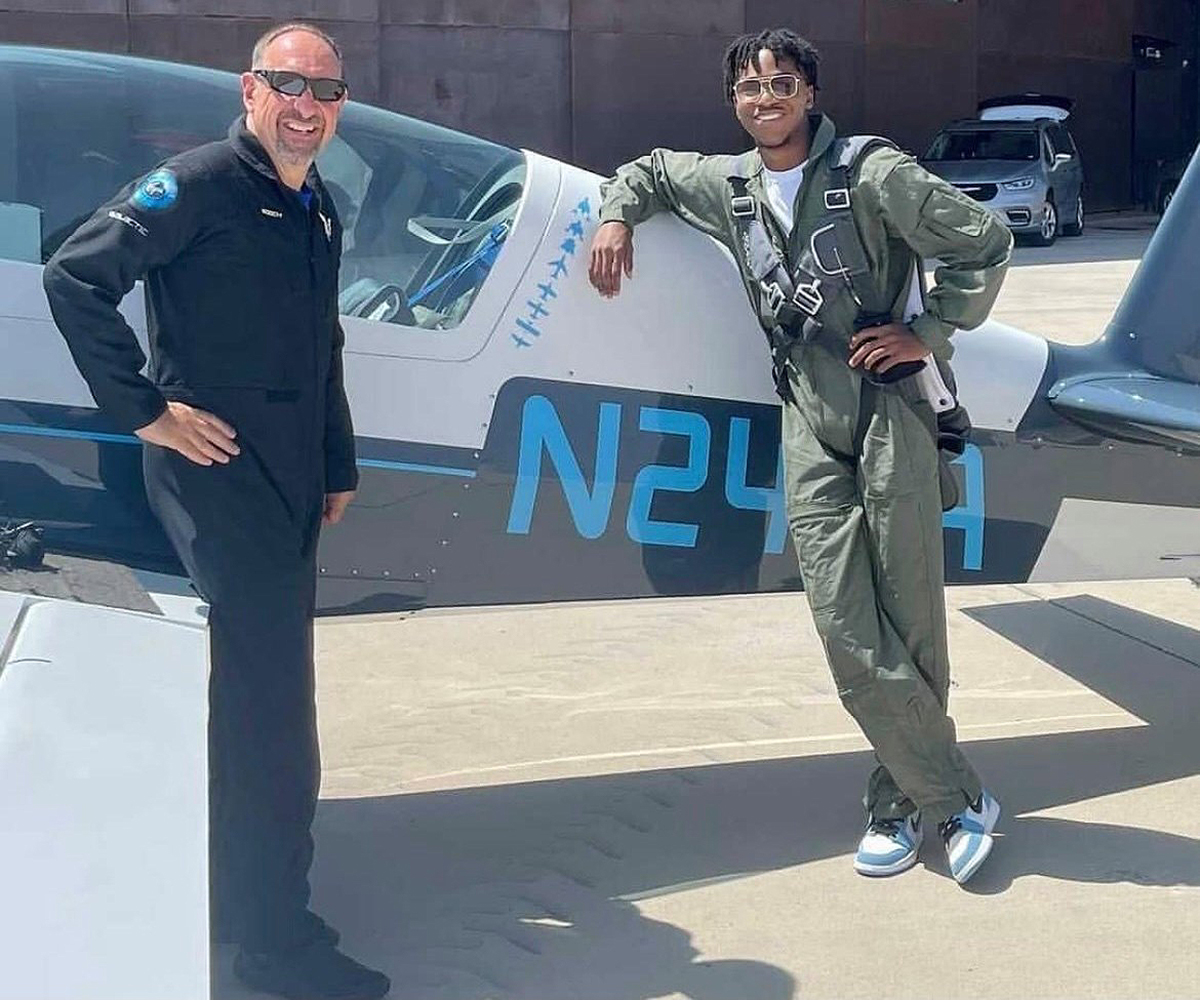 Harris, 19, has been a part of flight operations and personally witnessed the July launch of Branson and his space mates and was photographed with two billionaires — Branson and Elon Musk — at Spaceport America. The FAA-licensed spaceport is located on 18,000 acres of State Trust Land in the Jornada del Muerto desert basin 20 miles southeast of Truth or Consequences, New Mexico, and 45 miles north of Las Cruces.

Harris was there July 11-15, and watched the July 11 launch, received a private tour and flew the simulator used for the launch, climbing to 50,000 feet, the distance where spaceship Unity “detaches from the mother ship and its rocket boosters are activated, taking Unity to 260,000 feet (50 miles), which they consider space,” he said.

Harris remains in the midst of a 12-week internship, much of which has been performed remotely from his home in Americus, Georgia, because of COVID-19 precautions. He will return to Spaceport Sunday, Aug. 8, for another extended visit. 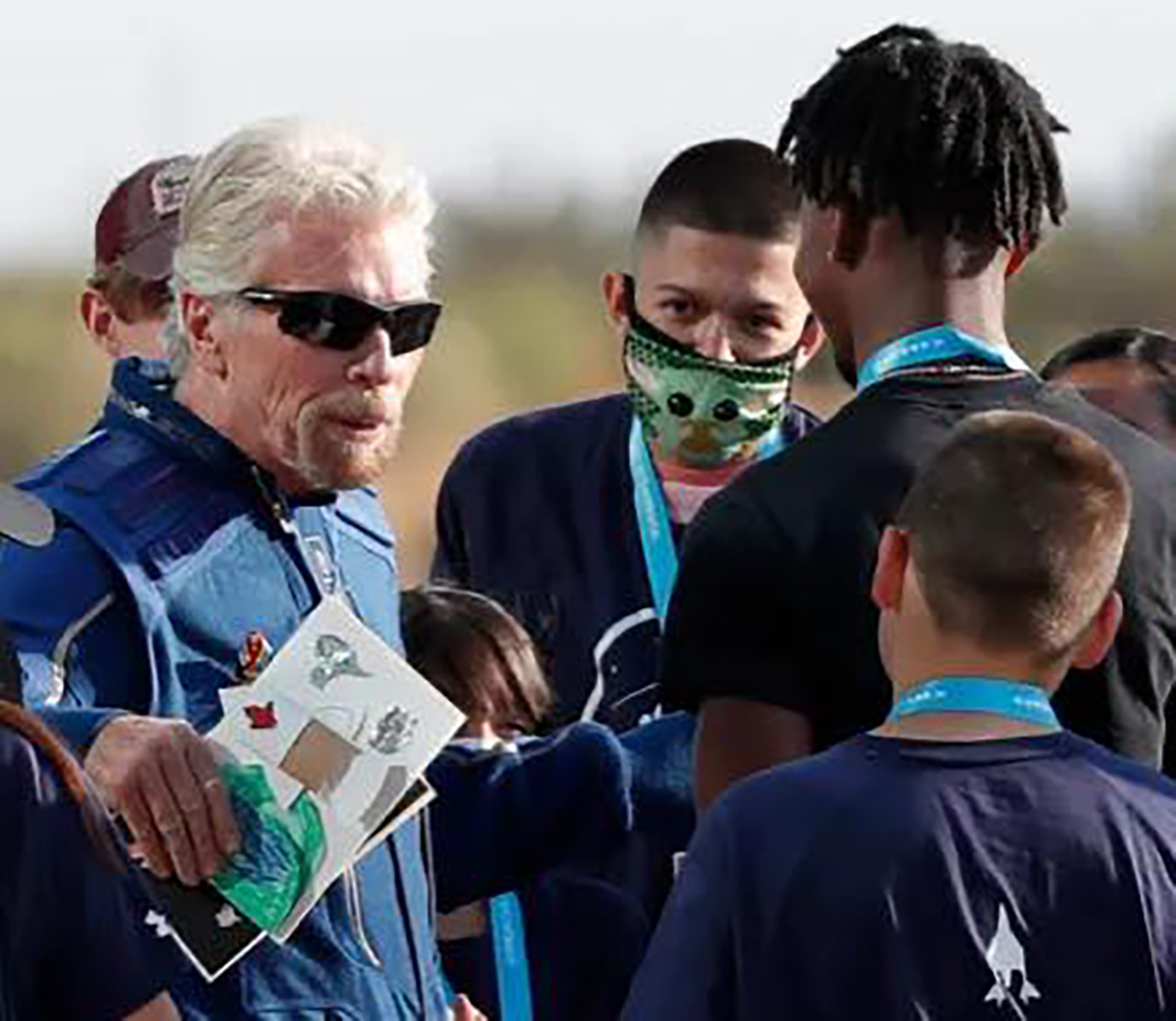 MTSU junior aerospace pro pilot major Mike Harris, right, of Americus, Ga., has a brief face-to-face meeting with billionaire Virgin Galactic founder Richard Branson as he was heading to a car that would drive him to the spaceship Unity July 11. Harris is an intern in the program this summer. (Submitted photo)

“I couldn’t turn down Virgin Galactic,” he said. “It has been pretty amazing, especially those four days. I work with the pilots and others to help resolve any hands-on concerns,” said Harris, who added the experience wasn’t daunting, but that it and past experiences have made him feel very confident.

“Programs such as the Civil Air Patrol, SMASH Morehouse Academy and others have prepared me to work in teamwork environments,” he added. “I feel right in my element.”

Harris said for the short time he was around Branson, “it was amazing energy. Being able to see someone off for such a historic moment brought good times like no other.”

He applied for the scholarship to serve the internship. “Once in the final round, they called and wanted to know if I wanted to intern,” he said. “I told them, ‘Of course.’ After I said I was interested, we moved forward from there.”

As for his future after graduating from MTSU, he is deciding between flying cargo or charter airplanes — but this space-related experience may take him down a different avenue.

“Best internship ever,” Harris, who carries a 3.3 GPA, wrote in a July 12 Facebook post. “So grateful for Virgin Galactic!Once in a lifetime opportunity to stand amongst billionaires like Elon Musk and Richard Branson to witness such a historical moment firsthand. In addition to watching my mentor be the one to pilot the ship into space. Also, it’s my 19thbirthday! Looking forward to topping all that I’ve accomplished in these past 12 months over the next 12 months.” 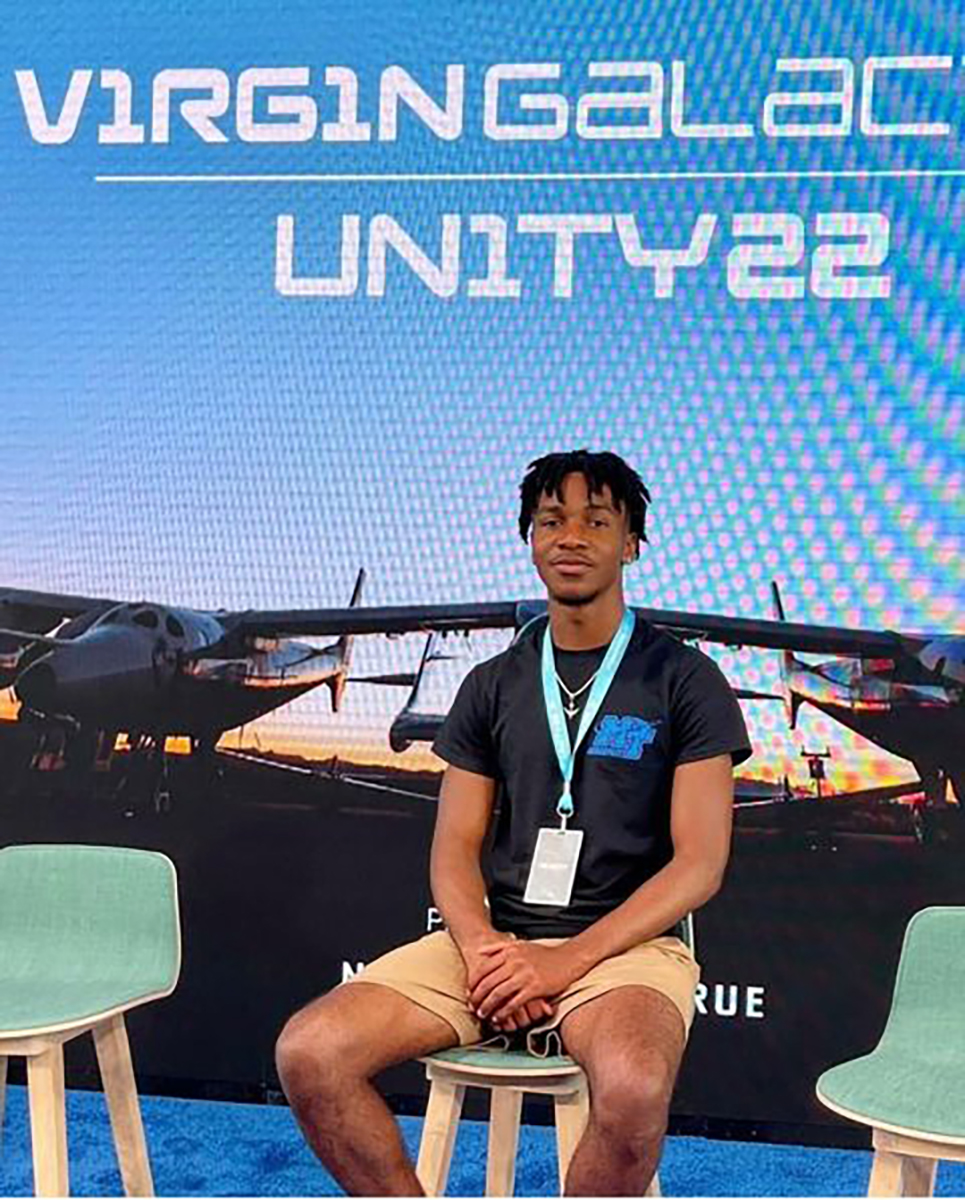 A summer internship with Virgin Galactic has kept MTSU junior aerospace pro pilot major Mike Harris of Americus, Ga., busy. He attended the launch of the rocket during one four-day visit and will spend one more week there. (Submitted photo)