If you asked Natalie Madigan a few years ago what she wanted to do after high school she’d say that college wasn’t even on her mind. The one thing she was sure of? The music industry was definitely going to be her home. Fast forward four years and she’s graduating with a degree in audio production and is also in the middle of creating a new album.

Even though she’s been producing music before college, she says the MTSU audio production program really helped refine her skills in both live sound and studio sound. She’s even had the pleasure of collaborating with famous Nashville producers like Tony Brown. 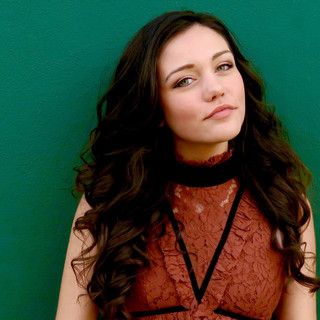 In the past year, however, Natalie’s music has experienced a shift in production level. Her recent collaborations with producers like Cody Lavallee and photographers like Sam Street are what’s making her upcoming album something new and special.

“I’ve been really trying to ask people for help in the areas that I need it,” she said. “I’ve had a bad tendency of just rushing things and putting them out before they’re ready to be released, so I’ve been trying to make sure that this [album] is 110 percent what I want it to be before I put it out in the world.”

Her songwriting has also gone through major changes over time. “There’s this flip of writing just to write songs to sing versus writing because I want to share a piece of myself with other people,” she said.

MTSU’s Department of Recording Industry was able to provide her with fully equipped studios to record pieces of her album. Outside of the studio, professors have provided her with opportunities to experience the local and national music industry.

“I definitely feel like MTSU has been a catalyst for all the opportunities I’ve received over the past couple of years,” she said.

She’s been given networking opportunities thanks to her professors like Odie Blackman and Matthew O’Brien. The Recording Industry department was also able to provide her volunteer opportunities with Folk Alliance and experiences out in Los Angeles during Grammy Week.

“I feel like I’ve been laying a platform while I’m [at MTSU] and now I know what I’m doing and I’m ready to have the time to do it,” she said, hopeful for the future after her graduation in May.

The momentum never ends for her, though. Right before her big graduation on May 4, she has a concert at the Kirkwood Live on May 2 with Nordista Freeze and Neeko Crowe.