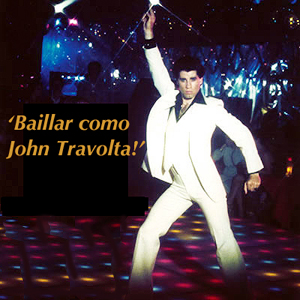 If their students could only see them now … they’d be learning a new language too!

Instructor Brian Roberts, right, an MTSU alumnus who teaches Spanish to employees of the state Department of Children’s Services across Tennessee, listens to a question from a student in the 2012 Summer Language Institute. Roberts, who teaches beginning Spanish at the institute, has bachelor’s degrees in philosophy and Spanish and a Master of Arts in Teaching degree with an emphasis in French. (MTSU photos by News and Media Relations)

Instead of rote memorization of nouns, verbs and other parts of speech, the SLI students relate vocabulary to movement and pictures in language-teaching methods known as “Total Physical Response” and “Teaching Proficiency through Reading and Storytelling.”

The students nod, some grinning.

Then they collapse back into their sillas at their mesas, grabbing la plumas to write down more conversational Spanish tips.

“My wife heard about a program here that does amazing things, that lets you learn a language in a week,” said Dr. Michael Long, a finance professor at the University of Tennessee-Chattanooga and an SLI participant. “I had Spanish years ago in college and thought I’d come back for a refresher. This is great!

“The hardest thing for me, in taking a language before, was to get my brain to stop trying to translate everything,” he continued. “I don’t want to hear (the language), think about it and then do it. It’s best to hear and then do it.”

Other observers, who admitted that their Spanish-language skills were limited to “gracias” and “buenos dias,” noted that after 10 minutes of listening to and watching the SLI beginner’s class, they could understand what was being said and knew how to respond by, for example, showing Roberts a notebook and then putting the notebook and a pen on the floor.

The Summer Language Institute is offering beginning Spanish and French classes this month, along with teacher-training workshops. Most of the participants are language teachers, who will take their new language-learning methods back to their classrooms for their students.

Long said he’ll be considering ways to incorporate the “Total Physical Response” and “Teaching Proficiency through Reading and Storytelling” methods into his finance courses as well. “Why not?” he said. “You probably could use them in the area of finance too.”

Dr. Shelley Thomas, the institute’s founder and an associate professor of foreign languages and literatures at MTSU, said the methods have become popular with instructors of English as a Second Language, as well as Spanish and French teachers, to help students grasp and use a new language quickly and comfortably.

Although registration for this summer’s beginner classes is closed, Thomas said she may be able to squeeze in a few more students next week if they email her directly at shelley.thomas@mtsu.edu.

The registration fee is $145 per person, and the class schedule is available at www.acceleratedacquisition.com at the “Summer Language Institute 2012” link.

Thomas also is encouraging potential SLI students to check out the website for upcoming Arabic classes in August  (at the “Beginner’s Arabic” link) and plan ahead for next year’s sessions at MTSU’s Center for Accelerated Language Acquisition website.

Website visitors also can watch video clips and read reviews of past classes to get a feel for the process—and perhaps a few tips on “baillar como John Travolta!”, too.