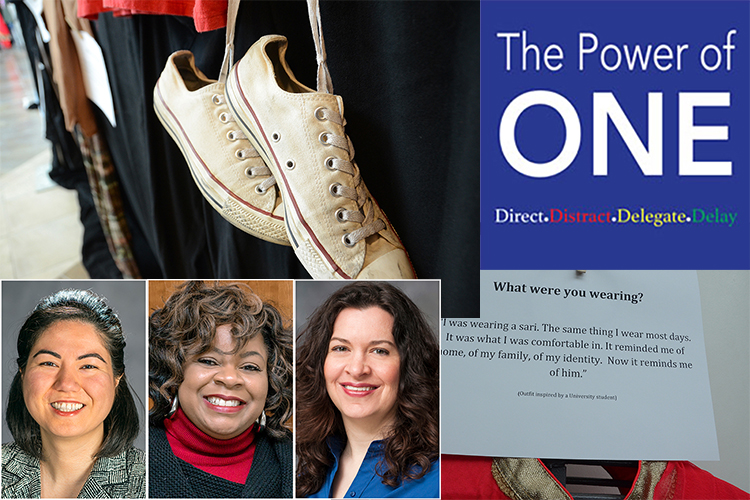 MTSU’s efforts to educate students about relationship violence are working, according to the latest results from a national survey.

The 2019 National College Health Assessment shows that nearly 76 percent of MTSU respondents answered “yes” to the question, “Have you received information on sexual assault/relationship violence prevention from your college or university?”

“This almost doubles the number of students who reported receiving education in 2013 and represents a 5 percent increase from the stats from 2016,” said Kelly Hill, MTSU’s administrator of the U.S. Department of Justice’s Office of Violence against Women CAMPUS Grant.

“All of this documentation is helping us show that the initiatives are effective,” said Lisa Schrader, MTSU’s director of health promotion. “We’re seeing fruits from those labors.”

Those initiatives include “What Were You Wearing?” This exhibit includes about 50 stories of victims of sexual violence illustrated by outfits created to show what they were wearing when they were assaulted. 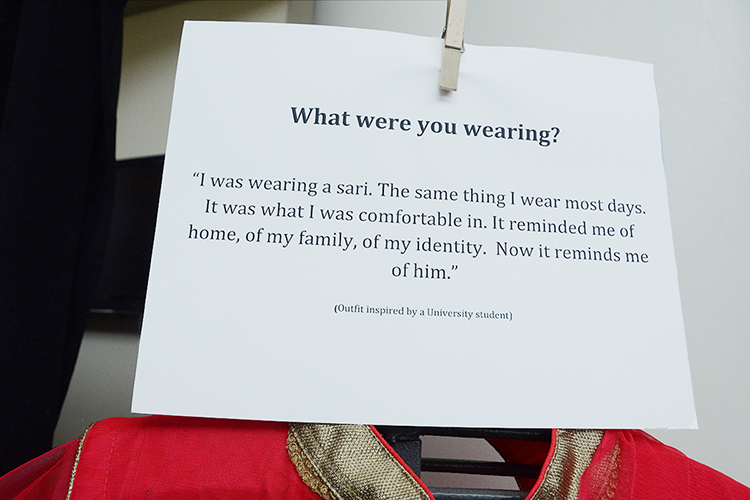 One of the anonymous stories of sexual assault is shown as part of the “What Were You Wearing?” sexual assault awareness exhibit on display April 2-6 in the MTSU Campus Recreation Center lobby. (MTSU file photo by Jayla Jackson)

“The goal of the whole exhibit is to show that there is no one type of clothing or one style of clothing that is linked to sexual violence,” Schrader said. “Responsibility should not be placed on the survivors because of something that they wore.”

In recent years, university leaders have placed greater emphasis on the need for bystanders to be proactive in helping to intervene when an assault might be imminent or report an assault after it occurs.

The Power of One, a program of the June Anderson Center for Women and Nontraditional Students, tries to impress upon students the notion that one person can make a difference by being observant and aware.

“For the last three years, we’ve really tried to increase our efforts in bystander education, and one of those is the Power of One,” said Barbara Scales, the center’s director. “It provides students with strategies on how to intervene and be active.”

Scales said the survey, which is administered by the American College Health Association, shows that MTSU’s efforts are working.

Schrader said she is heartened by the increasing campus awareness measured by the survey.

“It has been refreshing in the past couple of years to see the student interest in this topic and their true desire to try to create a more supportive culture for survivors,” Schrader said. 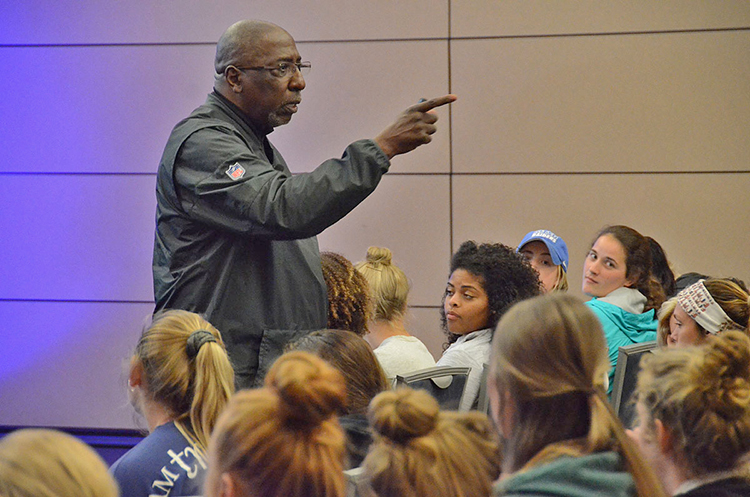 Author and social justice advocate Tony Porter makes a point during his presentation about combatting gender-based violence held April 8 in the Student Union Ballroom. The session, which was geared toward female students and student athletes, was one of two held by Porter that night. (MTSU file photo by Jimmy Hart)