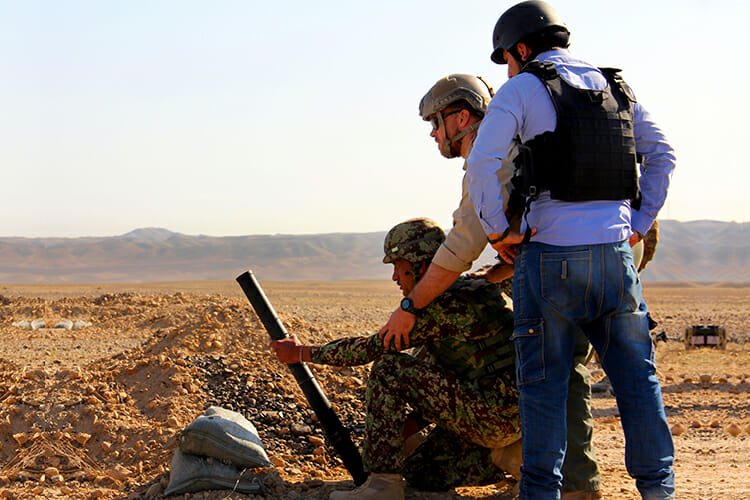 An MTSU professor has received a $6,000 grant from the National Endowment for the Humanities to study the historic precedents of military contracting.

Dr. Suzanne Sutherland, an assistant professor in MTSU’s Department of History, is one of only three people in Tennessee to receive an NEH Summer Stipend.

Her project, “The Rise of the Military Entrepreneur: War, Diplomacy and Knowledge in Habsburg Europe,” is related to early modern Italian military contractors who served the Habsburg regime — the Austrian royal family that controlled the Holy Roman Empire from 1438 to 1740.

“I argue that if we want to know where we may be headed by using contractors, we should look at the 17th century,” Sutherland said. “During the Thirty Years War (1618-48), military contractors were fully unleashed. They were like Blackwater on steroids.

“My book focuses on Italians in Austrian Habsburg service, but my argument about the ways these ‘non-state actors’ fundamentally reshaped war, diplomacy and knowledge has implications for how we understand state-building in any time and place.”

Sutherland earned her bachelor’s degree from the University of California-Santa Cruz in 2001 and her master’s and doctoral degrees from Stanford University in 2007 and 2012, respectively.

Her teaching specialties are early modern Europe and medieval Europe.

“This award will give me time to focus intensively for two months on completing my book about the long and fascinating history of military contracting,” Sutherland said.

“Writing a book is a difficult, time-consuming process that requires a lot of motivation and discipline. Winning this award has given me renewed energy to get across the finish line since it tells me that other people are excited about my work.”

“This is a high honor, and I know the highly competitive nature of this rare NEH award,” he said.

Created in 1965 as an independent federal agency, the National Endowment for the Humanities supports research and learning in history, literature, philosophy and other areas of the humanities by funding selected, peer-reviewed proposals from around the nation. For more information about the agency’s grant programs, visit www.neh.gov.

U.S. contractors, right, observe as an Afghan soldier prepares to load a round during mortar training taught by the Warrior Training Alliance on Tactical Base Gamberi, Afghanistan, in this December 2014 photo. U.S. soldiers provided security during the training. MTSU history professor Suzanne Sutherland has received a National Endowment for the Humanties grant to study military contractors during the 17th century and how their work affects nations today. (U.S. Army photo by Capt. Jarrod Morris)