MTSU’s Alumni Memorial Gym was a buzz of activity Saturday, Feb. 8, as high school and middle school students brought their creative A games to the second TNFIRST First Tech Challenge.

Teams wore matching T-shirts and outfits. One team even brought its saluting, red-eyed mascot — a knight in shining armor. 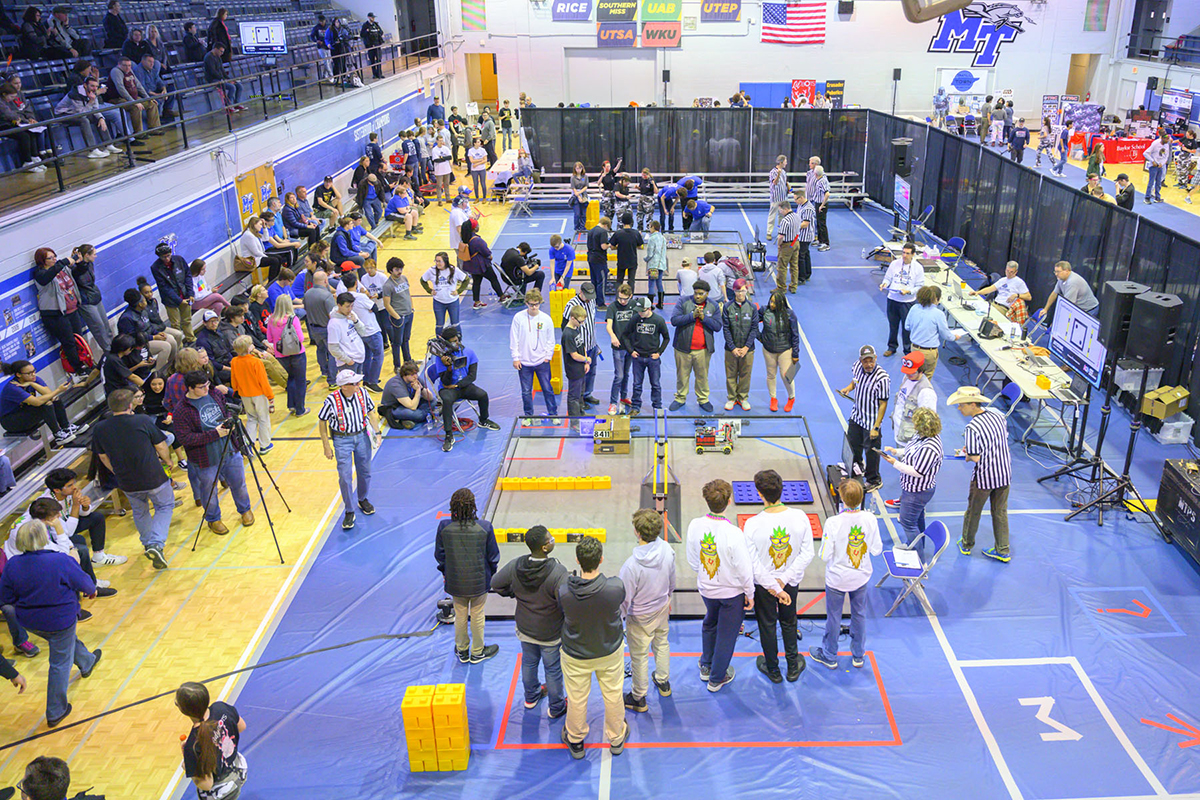 Nearly 30 teams from across Tennessee competed in the robotics event, hosted by MTSU’s Department of Engineering Technology, where students in seventh through 12th grade design, build, program and operate robots in head-to-head competition.

By the day’s end, the Tennessee Robotics Club of Murfreesboro had earned the competition’s championship Inspire Award. They’ll now advance to the world championships in Houston, Texas, at the end of April.

This year’s competition theme was “SKYSTONE,” presented by Qualcomm.

Dean Kamen, an inventor, entrepreneur and advocate for science and technology, founded FIRST —  For Inspiration and Recognition of Science and Technology — in 1989. The Manchester, New Hampshire-based nonprofit is a leader in STEM engagement programs, focusing on science, technology, engineering and math for students worldwide

TNFIRST uses the FIRST robotics programs to give K-12 students opportunities to solve problems, work in a team environment and be exposed to all aspects of business and technology.to the world of FIRST robotics and events. 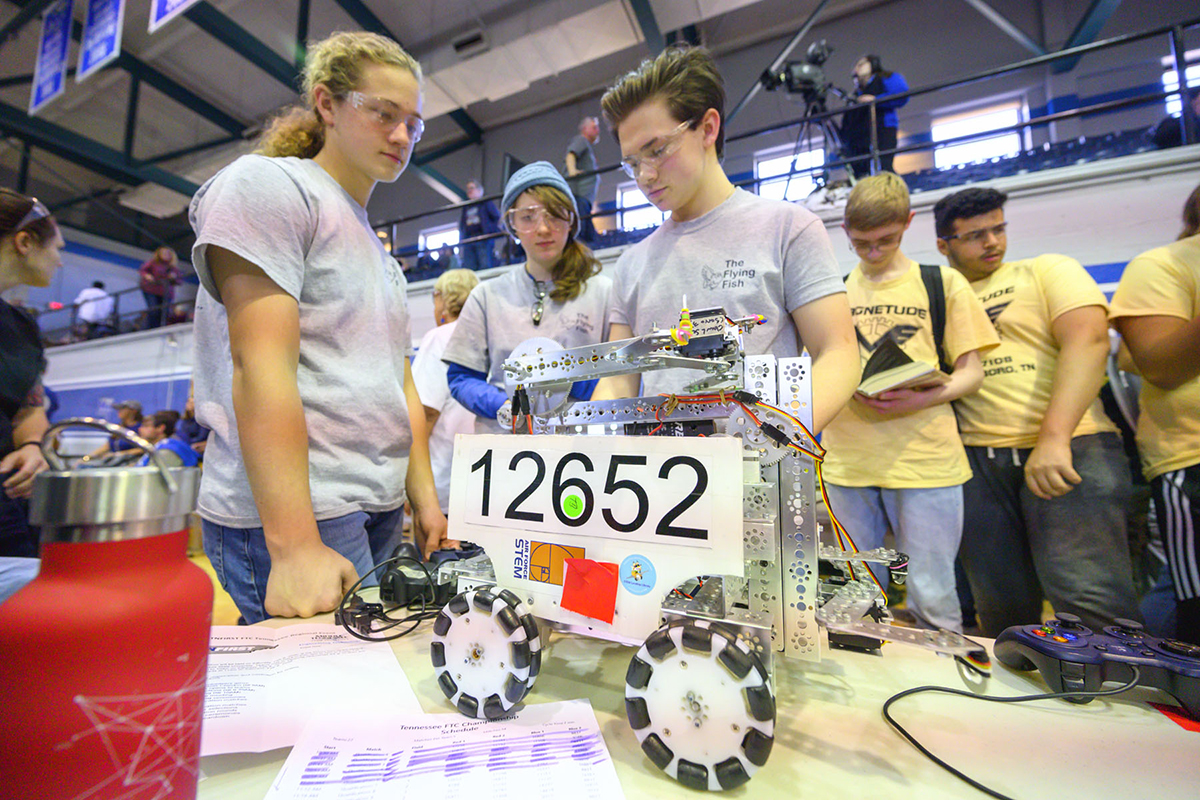