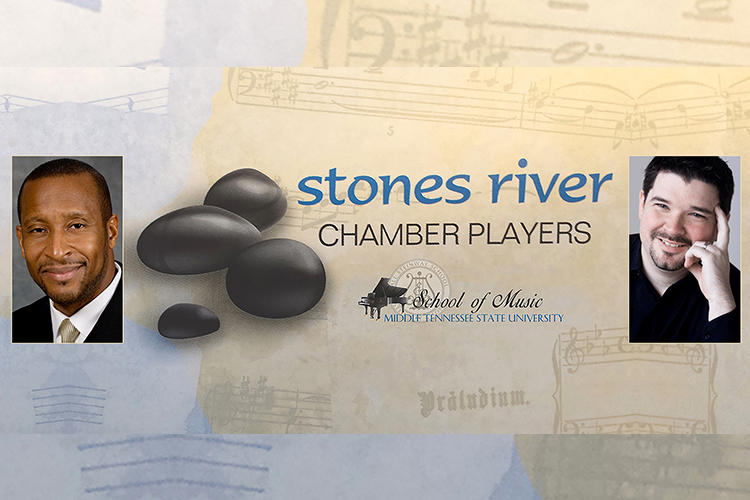 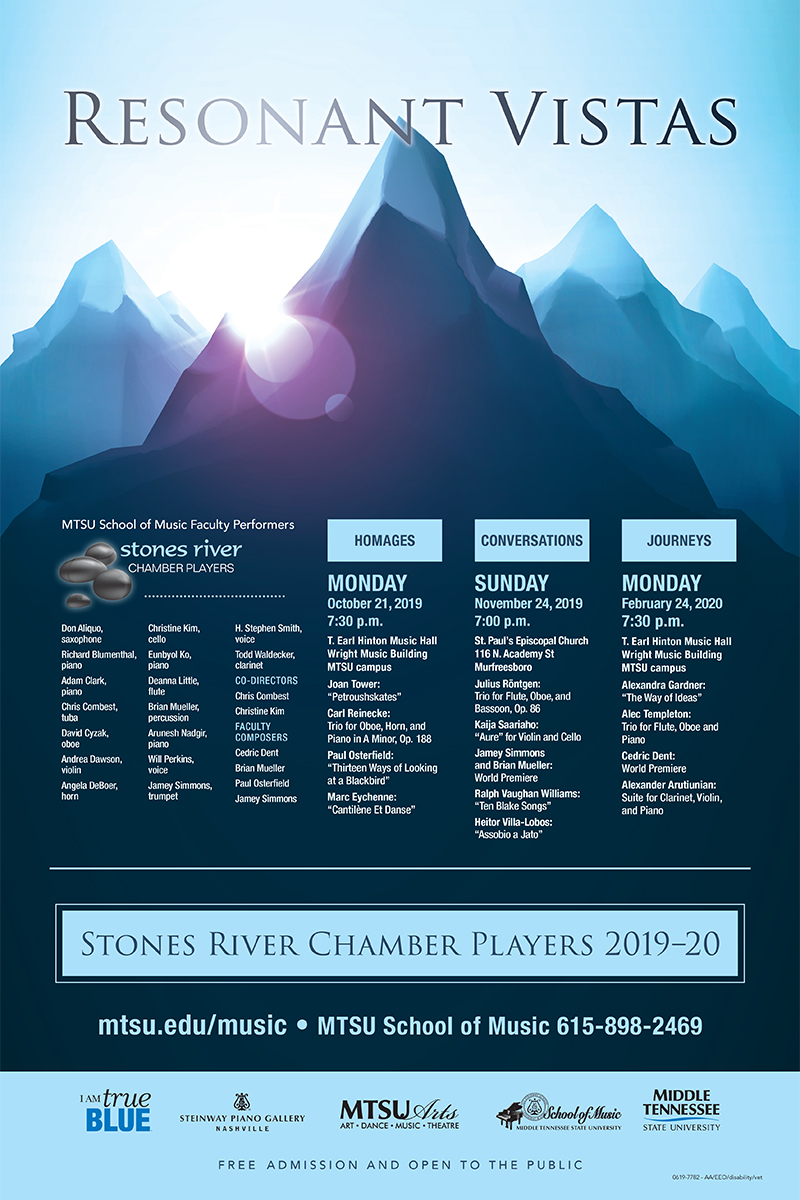 The ensemble-in-residence of MTSU music professors will perform colleagues Cedric Dent’s “Soon One Morn” and Paul Osterfield’s poetic tribute “13 Ways of Looking at a Blackbird” at 7:30 p.m. Feb. 24 in a free public concert in Hinton Hall, located inside MTSU’s Wright Music Building at 1439 Faulkinberry Drive in Murfreesboro.

The concert also will feature works by composers Alexandra Gardner, the late Alec Templeton and the late Alexander Arutiunian.

Dent, the former baritone vocalist, music arranger and co-producer of the multi-Grammy Award-winning a cappella group Take 6, has taught in MTSU’s School of Music since 2004, where he directs the MTSU Singers student vocal jazz ensemble and teaches courses on the history of black gospel music and music theory.

He also composes and arranges various projects, including a 2016 commissioned work for symphony and chorus for the Nashville Symphony Orchestra, “I Hear the Drum.”

“‘Soon One Morn’ was inspired by and composed in the style of the rich Negro spirituals I heard at my home church growing up in Detroit, Michigan,” Dent said of his new work. “I was regularly exposed to choral and solo voice settings of spirituals in the art tradition, and it was some of the most sublime music I heard in my youth.

“As W.E.B. Dubois wrote over 100 years ago, ‘It (the Negro spiritual) remains as the singular spiritual heritage of the nation and the greatest gift of the Negro people.’”

Osterfield, an MTSU music faculty member since 2001 and winner of the 2009 faculty Creative Activity Award, has been performing and composing since his youth. His multi-award-winning compositions have been part of Grammy-nominated collections and have been performed internationally as well as across the United States.

Osterfield’s composition, which was rescheduled from its planned premiere last fall, is an ode to poet Wallace Stevens’ haiku-inspired “Thirteen Ways of Looking at a Blackbird.”

“I have wanted to compose music for … ‘Thirteen Ways of Looking at a Blackbird’ for several years,” said Osterfield, who teaches music composition and music theory at MTSU. “I’m excited to have the work performed not only by friends who have performed my works several times before but also by two of our newest faculty colleagues.”

Gardner’s “The Way of Ideas” is the ensemble’s choice for this finale concert. Gardner is a Baltimore, Maryland-based percussionist, composer, digital media specialist and writer and is former composer-in-residence with the Seattle Symphony.

Welshman Templeton, who recorded his compositions from the late 1930s into the 1950s, presented U.S. radio programs in the 1930s and ’40s and performed with the Cincinnati Symphony Orchestra. The players will perform his “Trio for Flute, Oboe and Piano.”

The ensemble will showcase Arutiunian’s work with a performance of his “Suite for Clarinet, Violin and Piano.” The Armenian-born pianist, composer and educator earned national and international acclaim with works that often were inspired by the folk music traditions of his homeland.

More information on the Stones River Chamber Players, including a complete list of the ensemble members, is available at www.mtsu.edu/music/srcp.php.

For details on more MTSU School of Music performances, call 615-898-2493 or visit the Concert Calendar online.