MTSU’s Hanna Terletska experienced a special opportunity to share her research experiences along with nearly 60 of the world’s leading physics scholars.

The group gathered, albeit virtually because of COVID-19, for the late summer international conference Localisation 2020 in honor of Philip W. “Phil” Anderson, a Nobel Prize in physics recipient in 1977, who died March 29 at age 96.

Anderson was known for the study of “Anderson localization,” the absence of waves in a disordered medium and a general wave phenomenon that applies to the transport of electromagnetic, acoustic, quantum and spin waves. 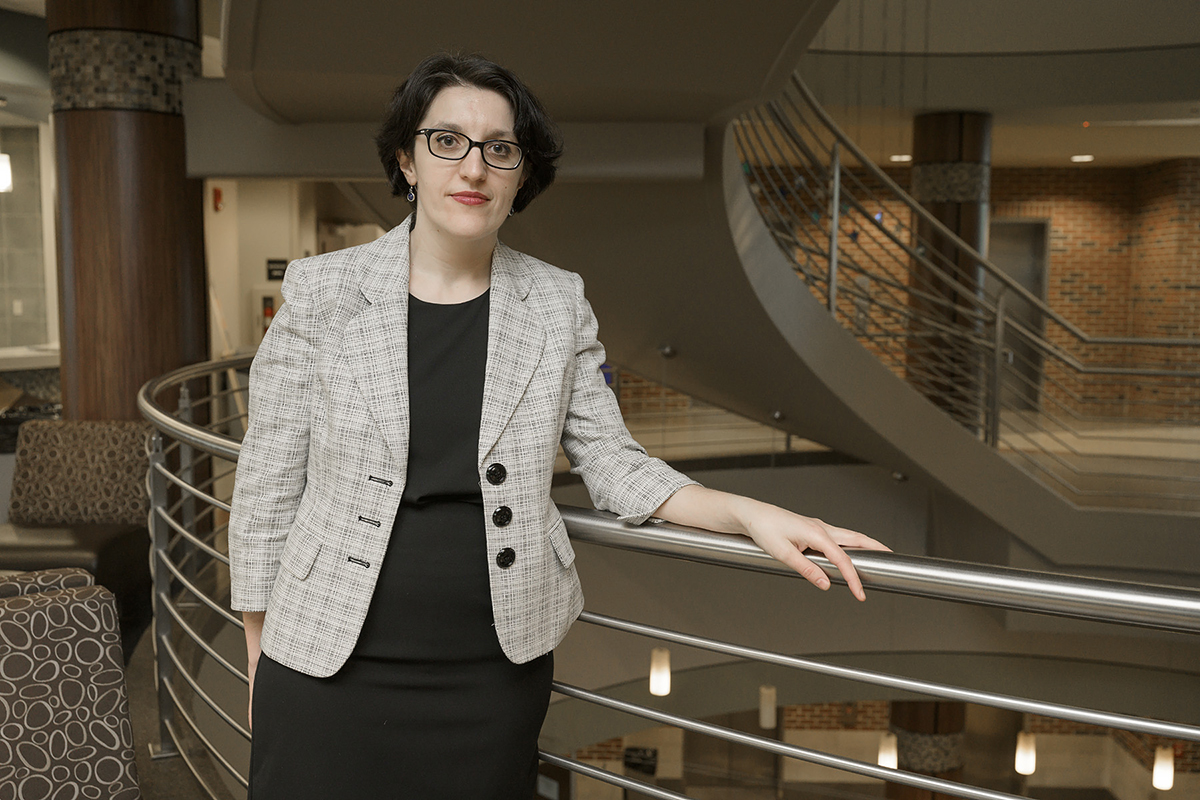 MTSU Physics and Astronomy assistant professor Hanna Terletska shared her research with nearly 60 others worldwide during a late summer international conference in honor of Philip W. “Phil” Anderson, a Nobel Prize in physics recipient in 1977, who died March 29 at age 96. (MTSU file photo by Andy Heidt)

The aim of the conference, last held in 2011, was to bring together renowned researchers in related fields from across the globe and provide a forum to discuss open problems. The topics covered included Anderson localization, disordered quantum materials and more.

“I was very humbled and truly honored to have this great opportunity to present my research,” said Terletska, an assistant professor in the MTSU Department of Physics and Astronomy. “This was such a great chance to get your research out, get others to know about the tools we have developed and possibly get involved in new collaborations.”

Terletska, who is considered a rising star in her field by peers, said the late August conference “was an opportunity to present our research results to the international community and be selected to speak from so many participants (300).”

Terletska spoke for 25 minutes, then fielded questions for five minutes. She has been researching Anderson localization for nearly 10 years.

“It was a great opportunity to contribute to MTSU’s research mission,” she added. “Several students have been working at MTSU on Anderson localization on National Science Foundation-sponsored projects and it is my contribution to bringing quantum material research to Tennessee, too.”

NSF grants are coordinated by the MTSU Office of Research and Sponsored Programs.

Ron Henderson, chair in the Physics and Astronomy Department, told College of Basic and Applied Sciences Dean Bud Fischer that Terletska “is amazing” in informing him about her talk.

“Hanna was invited to the most prestigious conference in the world in her area of research,” Henderson said. “These are the top names in the world.”

“It also allows me to continue to build in interinstitutional and international collaborations here at MTSU,” she added.

Terletska said event organizers did a great job by including so many interesting speakers and talks. “I learned a lot about the recent progress in the field, got new ideas for future research, very happy to see so much international interest in the topic and excited to have MTSU’s name listed among those great speakers,” she said.

Scientists from the U.S., Canada, United Kingdom, Germany, France, Poland, China and Japan also participated. Organizers plan to hold the next conference in 2022 in Sapporo, Japan, where this year’s conference was to have been held.

Earlier this year, NSF awarded Terletska a nearly $500,000 Early Career Development (CAREER) grant to support junior faculty who exemplify the role of teacher-scholars through research, education and the integration of education and research. Her plan focuses on theoretical and computational study of functional quantum materials with strong electron-electron interactions and disorder.

Terletska also is project director on a $135,000 NSF-Office of Advanced Infrastructure collaborative grant on investigating disorder effects in real materials.

In 2017, she was one of eight recipients to receive a Kavli Institute for Theoretical Physics Scholar Award at the University of California, Santa Barbara from 2018-20.