The Game Heard ’round the World

The Game Heard ’round the World 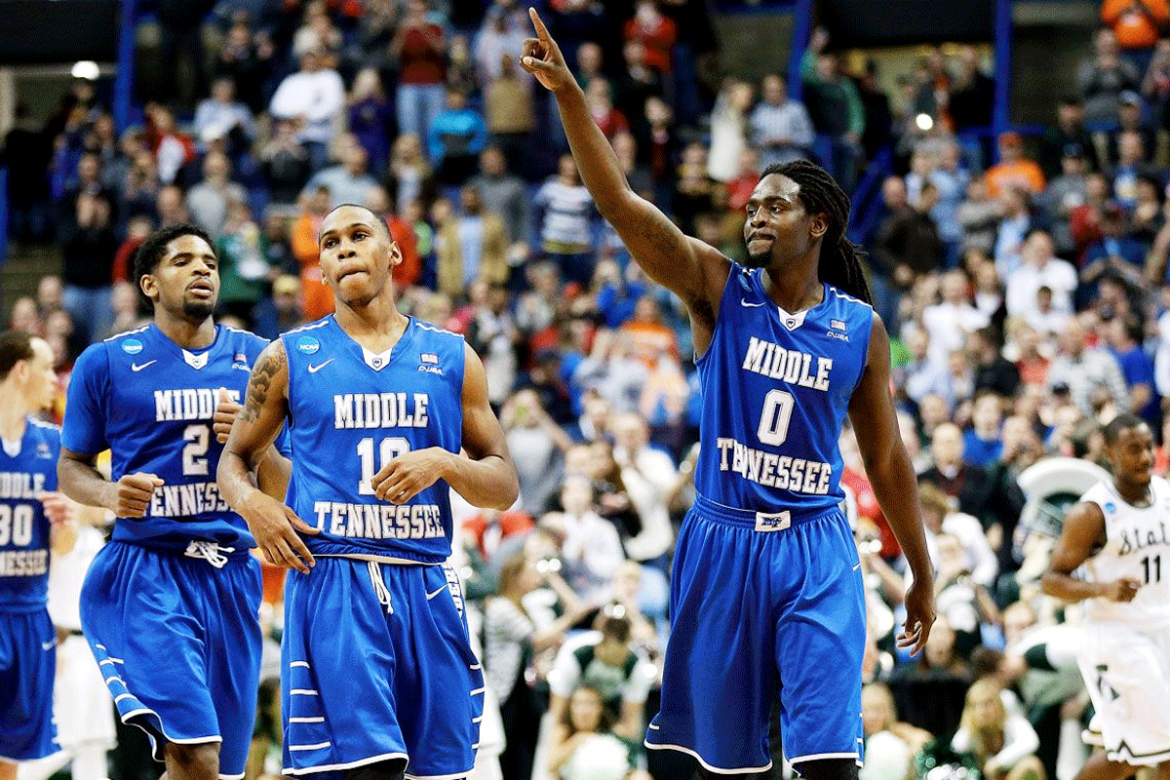 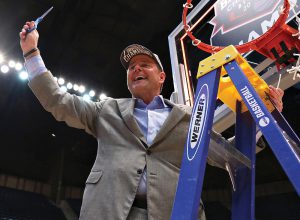 Forgive the cliché: If this wasn’t the shot heard around the world, it most certainly was the NCAA basketball tournament upset that circled the globe.

When the clock wound down to zero at St. Louis’ Scottrade Center on March 18, the 15th-seeded MTSU Blue Raiders basketball team had defeated No. 2 seed Michigan State Spartans 90-81 in the first round of the men’s NCAA basketball tournament. And it seemed like almost everyone, everywhere, was True Blue, if only for a few moments. Consider:

Social reach tracked by MTSU’s Division of Marketing and Communications hit an all-time high of 167,025,273 people during March 18–21. 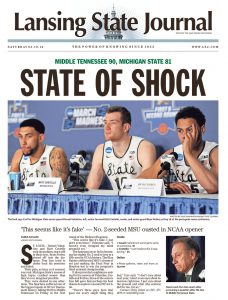 MTSU was a 16- to 17-point underdog against the Spartans, who were favored by oddsmakers in Las Vegas to win the entire tournament. Seven other No. 15 teams had registered wins over No. 2 seeds, but none beat a No. 2 that was so highly regarded. 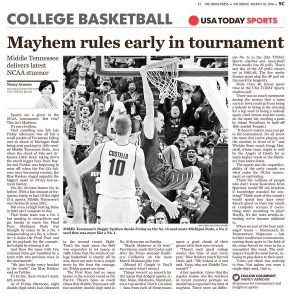 USA Today’s Dan Wolken saw it this way: “For a glorious two hours at Scottrade Center, however, a team nobody expected to last very long just kept going and going, all the way to a 90-81 victory against Michigan State that will be debated for years as arguably the most stunning result this tournament has ever seen.” 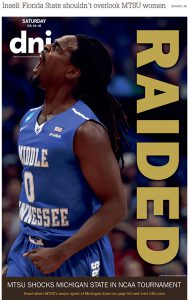 MTSU men’s basketball coach Kermit Davis became an instant media superstar, granting interviews with major sports outlets that were beamed around the world throughout the run of the tournament and resulted in headlines in almost every American daily newspaper. The Tennessean, The Daily News Journal and The Murfreesboro Post, the three newspapers who cover MTSU the closest, cleared their front pages for triumphant full-frame shots of the Blue Raiders’ victory.

In almost every interview in the afterglow of the upset, Davis talked about the importance that the win had in bolstering MTSU’s brand. “My hope is that one of the lingering benefits of our victory is the increased visibility of our University, not just in athletics, but in academics,” Davis said. “If athletics is the front porch of the University, maybe this win puts a brighter bulb over the door and shines some attention on our faculty, our academic programs, and our students.” 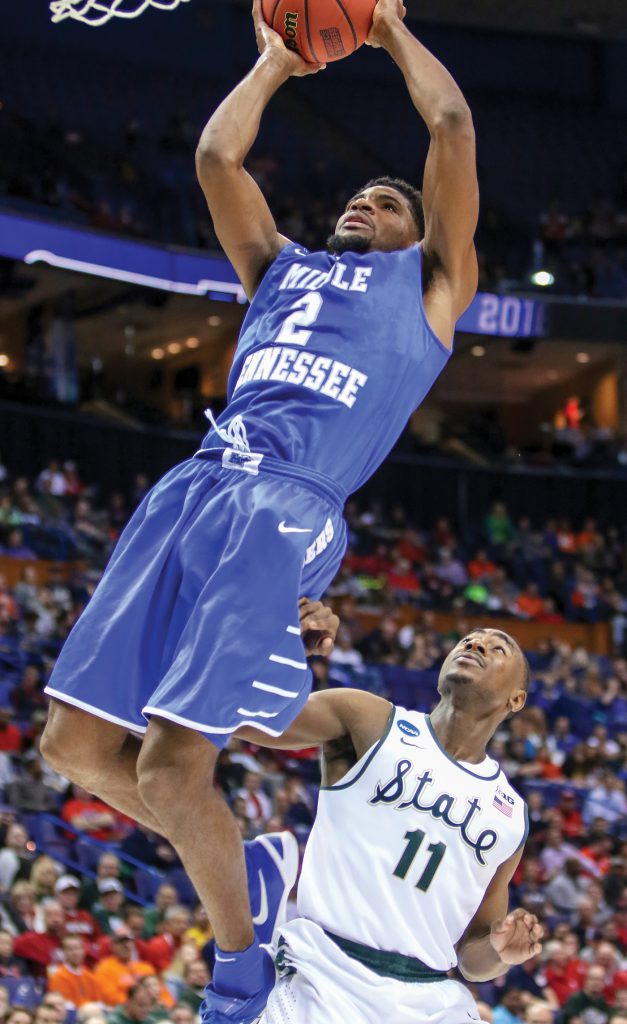 In his post-game press conference, senior guard Jaqawn Raymond said, “The majority of people don’t know where Middle Tennessee is. Most people know where Nashville is, but they don’t know Murfreesboro. They’re going to know after tonight.”

MTSU’s Marketing and Communications division immediately produced and aired new television commercials for the University, then secured air time on Tennessee cable outlets for ads to be viewed during the second round of the tournament. Davis and his team were also featured on electronic billboards throughout Tennessee, as well as social media advertising throughout the region, as part of MTSU’s Take a Closer Look campaign, which encourages students and parents to dig deeper into the University’s many academic attributes.

One of MTSU’s newly added catch phrases became: “Our team may have busted your tournament bracket. But that’s not the first time Middle Tennessee State University exceeded expectations.”

Andrew Oppmann, MTSU’s vice president for marketing and communications, said it was impossible to put a price tag on the extensive exposure on varied platforms that the victory brought to the University. “Even if you had unlimited resources, you couldn’t buy something like this,” Oppmann said. 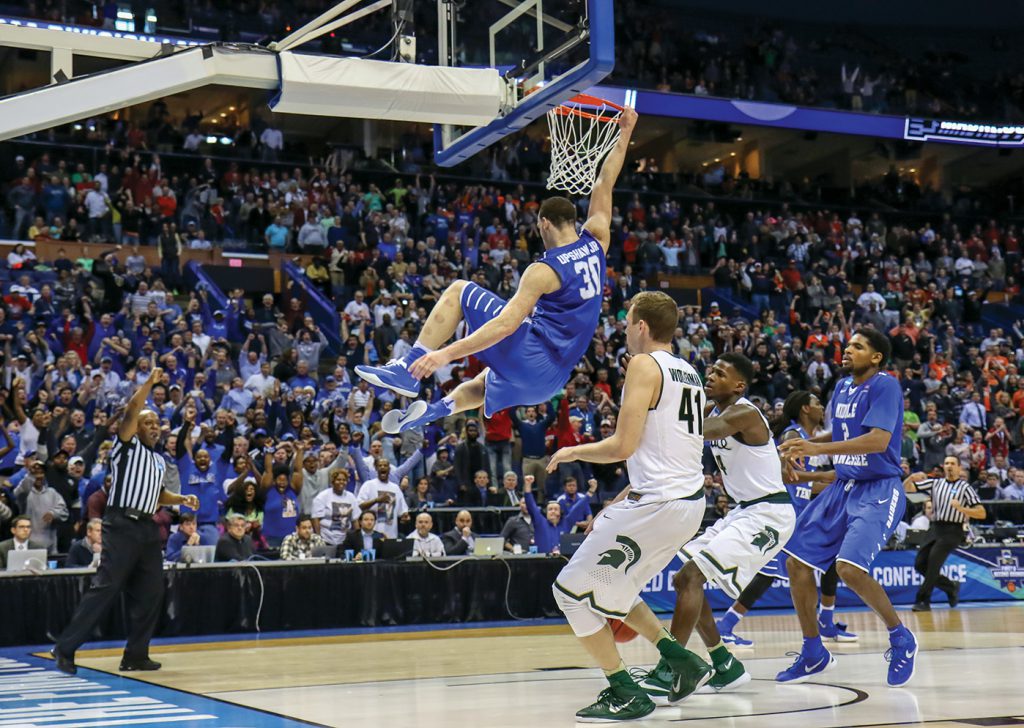 Davis said he enjoys helping spread the True Blue message. “I am as proud of our University as I am of our team,” Davis said. “If our win gets the attention of students or parents that may not have ever considered MTSU, then all of us benefit.” 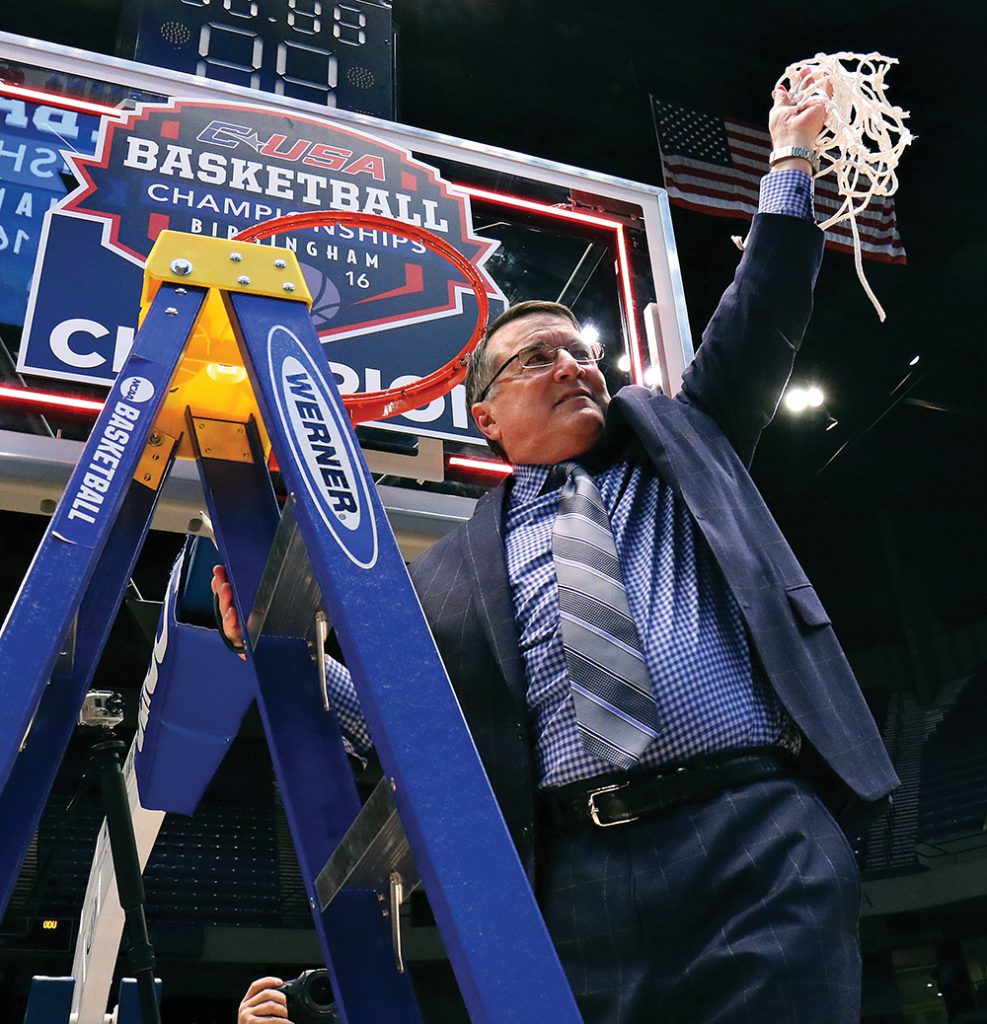 Though the men’s basketball team grabbed the biggest headlines this past March, the Lady Raider basketball program and Coach Rick Insell continued their impressive run as a powerhouse NCAA program. The Lady Raiders headed back to the NCAA Tournament for the 18th time after capturing their second C-USA title in just their third season in the conference.

In his tenure as the coach of the Lady Raiders, Insell has won 20-plus games in each of his 11 seasons at the helm. His program’s .770 winning percentage over the last five years ranks 15th nationally. And Insell’s teams have appeared in a national postseason tournament at the end of all 11 campaigns. MTSU has reached the top 25 rankings four times under his watch.

Insell is listed ninth on the Division I all-time winningest coach list (by percentage) at .766. That places him seventh for Division I active coaches. No wonder Insell is a member of five different athletic halls of fame. 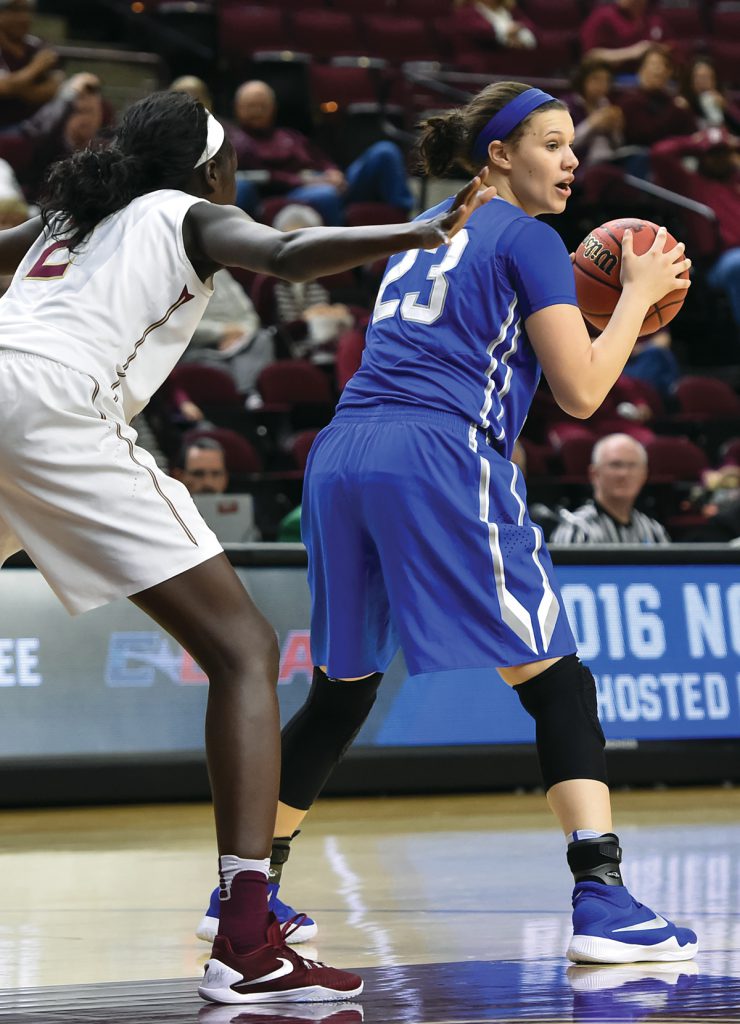 March 18, 2016: during the 1st round of the 2016 NCAA Women’s Basketball Tournament between Middle Tennessee and Florida State University hosted at Texas A&M in College Station, Texas.

At a Glance
• MTSU men’s basketball team earned its invitation to the Big Dance—the Blue Raiders’ second invite in the past four years—as a result of winning the 2016 Conference USA championship. The women’s basketball team also landed an NCAA berth by taking the C-USA tournament title.

•MTSU also became only the second school in C-USA history to have its men’s and women’s basketball teams win the championship in the same year.

•MTSU is one of the few universities nationally with a 100 percent graduation rate for both basketball programs.

•MTSU was one of just 10 Division I programs nationally to have both its men’s and women’s basketball teams selected for the NCAA tournament as well as to have its football squad play in a bowl game in the same academic year. On Christmas Eve 2015, the Blue Raider football team capped off another strong season with a trip to Nassau in the Bahamas for the 2015 Popeyes Bahamas Bowl (the only college football bowl game played internationally).