MTSU faculty member in his ele.. 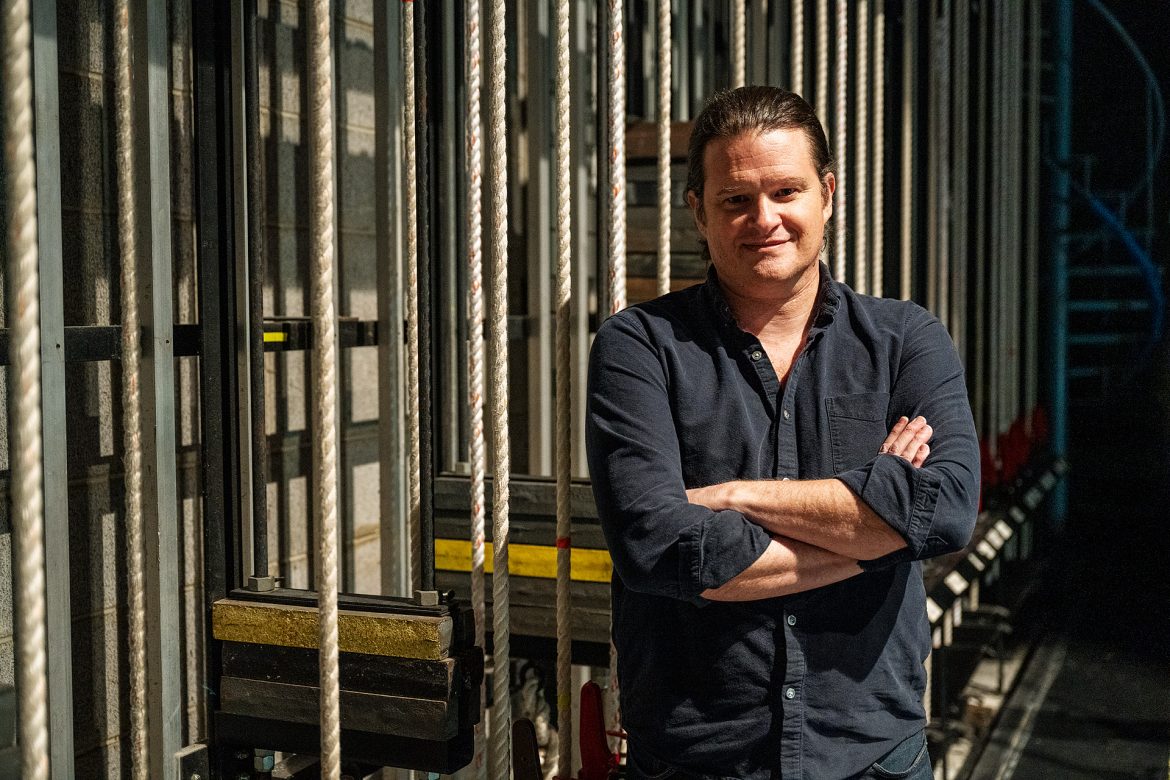 While COVID-19 has changed the way David Wilkerson teaches, the theatre lecturer still found a way for the show to go on all while making sure his students’ mental health remained a top concern.

Wilkerson said the mental and emotional health of his students is a priority every semester, but especially so during the ongoing pandemic.

To help take care of his students, Wilkerson said he made sure they had access to Counseling Services, changed his expectations, adjusted assignments, scheduled more workdays and allowed students to take mental health days if needed.

“I told them early on that my number one priority for them was to take care of their emotional health and physical safety. I just made sure they knew they could contact me and say, ‘I’m overwhelmed; I can’t do it today. I need a mental health day. I made sure we could get back together later and I could tell them what they missed and I could guide them through all of that,” he said. “Just admitting we were in an unprecedented time, and just hearing me say that made it ok for them to admit it too, and go this is a really, really, really hard thing we’re trying to do.”

Wilkerson believes those adjustments led to a successful fall semester.

“Most people have had a day or two where they’ve called me and said, “is the [mental health day] offer still good?’ and I tell them, ‘Absolutely. Just let me know after class what we need to do to get you caught up.’” 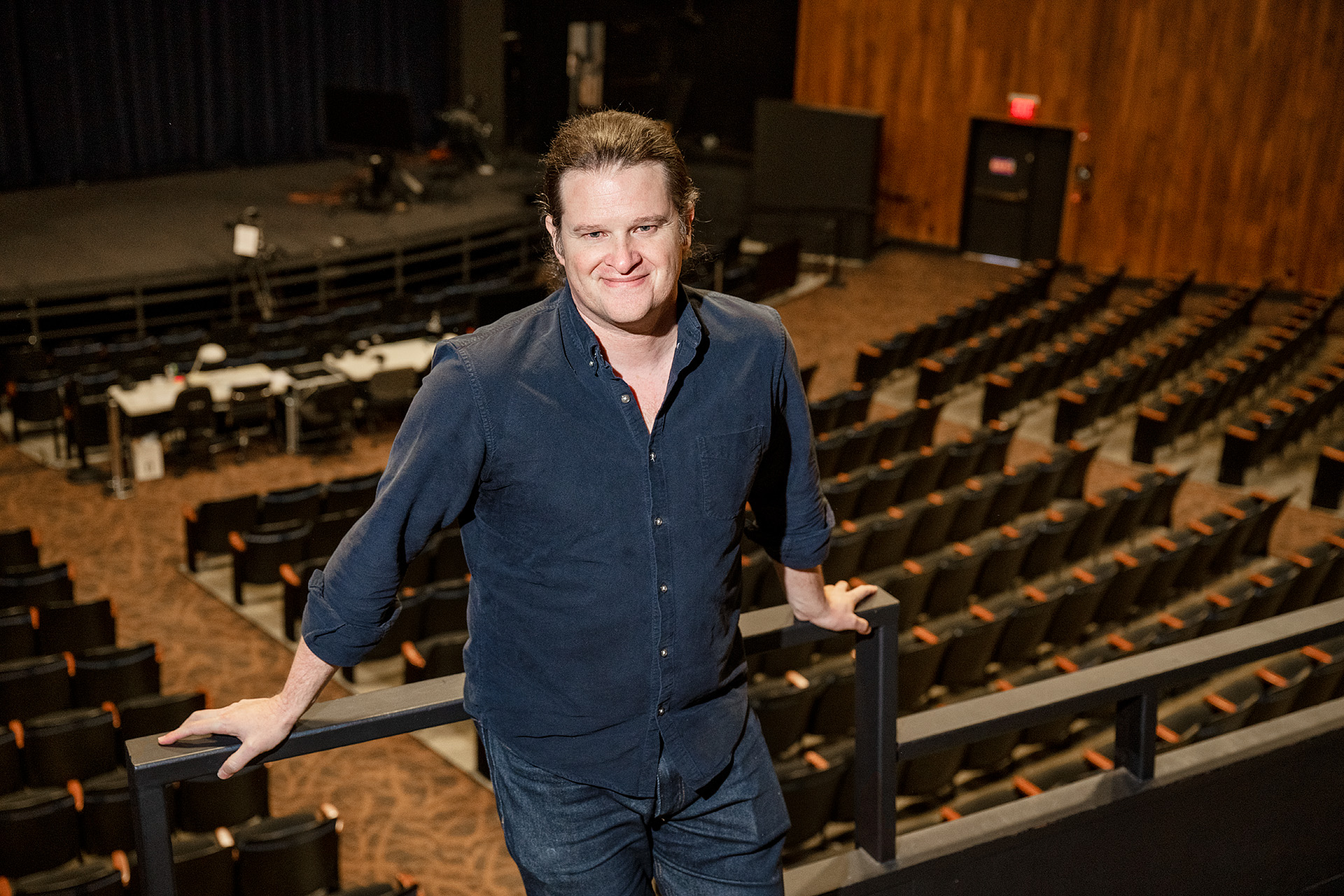 David Wilkerson, Theatre & Dance faculty in and around Tucker Theatre.

Even with all the challenges students have been faced with while transitioning to the “new normal,” Wilkerson said he saw excellent work from his students during the fall semester.

“The work has been thoughtful and diligent, and just really impressive considering everything that’s been going on,” he said.

And when student morale was low, Wilkerson said he reminded them just how far they had come and how much they had already accomplished during these unusual times.

“For theatre majors and artists in general, this time has been especially scary because we don’t know if there is going to be theatre after this. The act of theatre coming together in a group with an audience and presenting a show – that hasn’t been able to happen,” he explained. 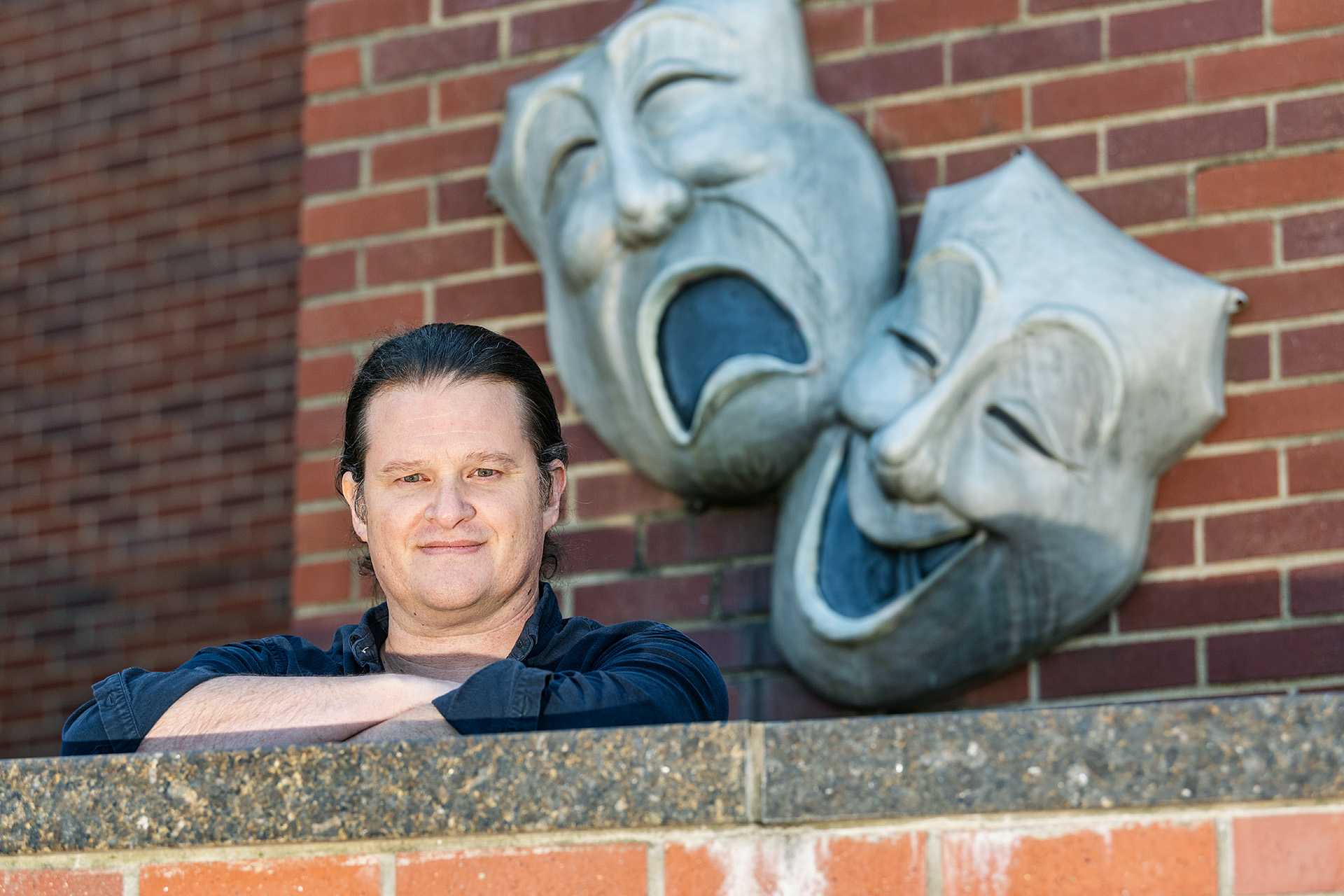 David Wilkerson, Theatre & Dance faculty in and around Tucker Theatre.

Before COVID-19 and social-distancing were part of everyday vocabulary, Wilkerson had been working on what was supposed to have been the first show of the fall theatre season for two years.

“When I direct, I like to take probably two years to live with a play and get to know that play as well as I can and get to know the story I want to tell, so I had done that,” he recalled. “After two years of work, we got to the spring, and we were like, this isn’t going to work, so then I had to pivot.”

“Since it was the first show of the season, we were having to go, ‘Let’s figure it out. Let’s figure out how we can do it.’” he said.

Wilkerson continued, “I set it in the world of the play there’s a pandemic, too, and everyone has to wear masks and no one can touch. But what was most important was for our students to be able to come together – even in a weird way – and do theatre again. To be able to come together and do theatre, we live-streamed it and we put it out there and that’s what was so crucial. Even though I had to shift and throw away two years’ worth of work, it was still so important for the students (to be able to perform).”

The show was a success, and Wilkerson said all of his students followed all the necessary safety precautions and took care of each other.

“When they were waiting in rehearsals, they were sitting apart and all that stuff and wearing masks. They really took care of each other so well. It was hugely important and a big boost to morale,” he said.

Like most professors, Wilkerson said he is looking forward to when students can all come together on campus again and perform in front of an audience.

“Just to look at each other and go, ‘We did that thing! That incredibly hard thing where I was only seeing you through the computer – we did it! Wasn’t that cool? That’s going to create a bond. Even the students I have in class can just look at each other and be like, ‘Remember last year? Remember that crazy thing? We did it!’ That’s going to be great.”

"Romeo and Juliet", COVID-19, Department of Theatre and Dance