An MTSU professor’s mission to adopt a baby girl was the focus of a recent “MTSU On the Record” radio program.

Host Gina Logue’s interview with Bonnie Tinsley, an adjunct professor of Latin in MTSU’s Department of World Languages, Literatures and Cultures, first aired Aug. 27 on WMOT-FM Roots Radio 89.5 and online at www.wmot.org. You can listen to their conversation above.

Tinsley’s husband, Cliff Richeson, was Westinghouse Airbrake’s regional service representative for Southeast Asia in the early 1980s. Their quest to adopt an abandoned baby girl being cared for at Mother Teresa’s Missionaries of Charity orphanage in Calcutta, India, is the subject of Tinsley’s memoir “Against Every Hope: India, Mother Teresa, and a Baby Girl.” 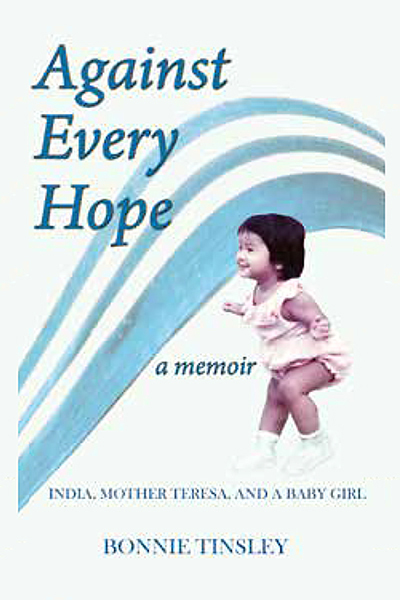 Their adventure began in fall 1984, when a friend took them to visit one of the charity’s orphanages and they first saw the infant.

The couple had three strikes against them, though: They were Americans, they weren’t Catholic, and Tinsley had divorced her first husband, a practice frowned upon by the Catholic Church.

When they managed to meet the Nobel Peace Prize-winning nun, however, their luck began to change.

After standing in line at vespers one day, supporters took Tinsley and Richeson to see Mother Teresa, who was surrounded by people eager to meet with her. 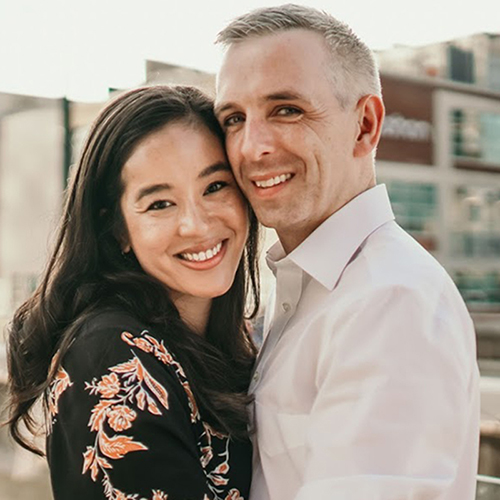 Pema Richeson and her fiance, Edward Fox, are shown in this photo provided by her mother, MTSU language professor Bonnie Tinsley. Tinsley and her husband adopted Pema from Mother Teresa’s Missionaries of Charity orphanage in Calcutta, India, when she was 18 months old. (Photo by Glenai Gilbert)

“All of a sudden, it was like the waters parted, and we were there in front of her,” Tinsley said. “And she grabbed me by the hand, and she was just so welcoming. But she was reading me, too. … She had a very, very firm grip.”

After numerous delays, in spring 1986 Tinsley and Richeson finally were able to adopt and bring home baby Pema, by then 18 months old. Today, 35-year-old Pema Richeson lives and works in California. 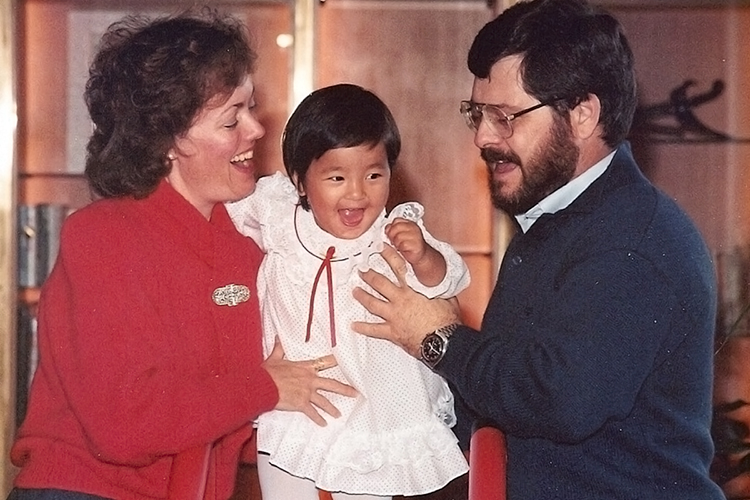 MTSU language professor Bonnie Tinsley, left, and her husband, Cliff Richeson, hold their baby daughter, Pema, in a photo from Christmas 1986 in Hong Kong. Tinsley, a guest on the Aug. 27, 2019, edition of “MTSU On the Record” on WMOT-FM Roots Radio 89.5, wrote about their quest to adopt Pema from Mother Teresa’s Missionaries of Charity orphanage in India in “Against Every Hope: India, Mother Teresa, and a Baby Girl.” (Photo submitted)