Honors students look to change the world with stud...

Honors students look to change the world with student research 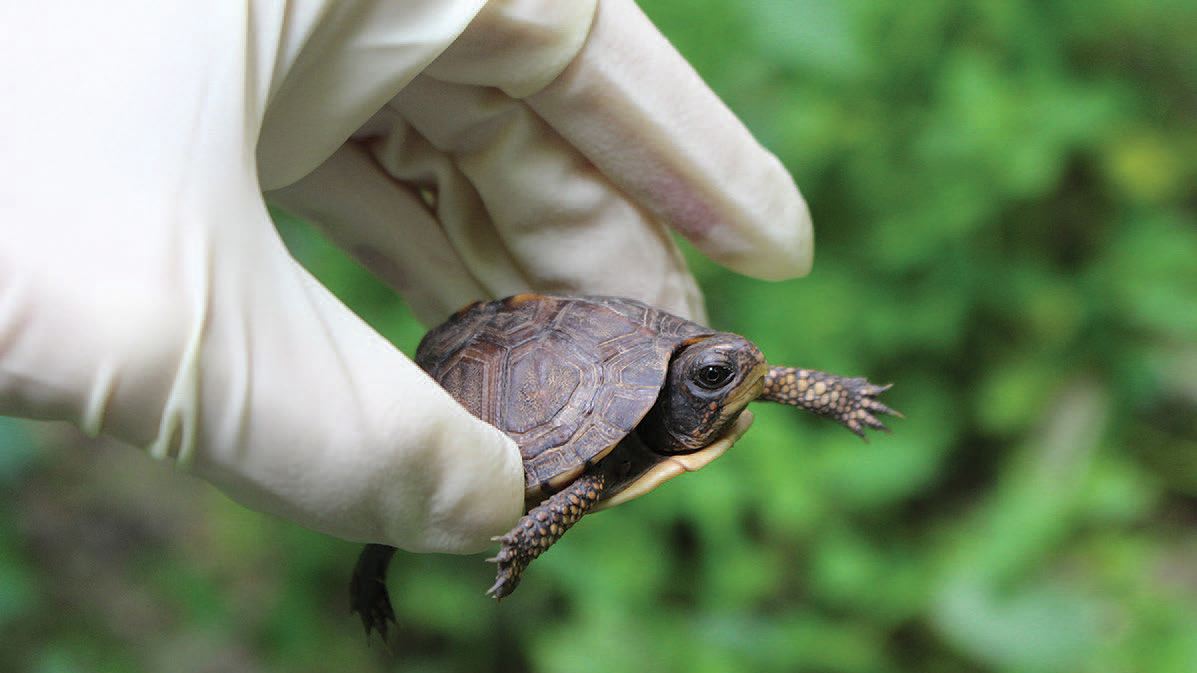 Trailing the Illusive Box Turtle; Worth All the Blood, Sweat, and Tears

If you had asked me two years ago if I wanted to do my Honors thesis on turtles, I would not have had a clue. While I knew I wanted to do research involving animal behavior, I had never considered turtles as the subject of the study.

After meeting my Honors thesis advisor, Matt Klukowski, we soon began brainstorming about topics for my project. After a lot of discussion, he suggested studying the behavior of box turtles. It turned out to be my favorite project of my college career.

We initially went to work laying out what we wanted to look at and decided to study anti-predator behavior associated with one of the animal’s most defining characteristics, its hinged shell, which is capable of sealing at both the front and back ends. We wanted to know under what circumstances this portable shield was utilized. We also decided to look at a few other factors, such as other behaviors performed in response to a predatory threat, how much the stress hormone corticosterone would increase, how much lactate levels would rise, and how strong the seal of the shell actually is.

After writing the proposal and getting the proper permits and approvals, we set out for our field work in the Nickajack Trace Wetlands. The first few visits were met with success, and we found several turtles near the entrance. It was also during these first few visits that we began to tinker with our methods and recording sheets since one cannot always predict everything needed until actually getting out in the field.

The year progressed, and the summer heat, mosquitoes, and chiggers soon arrived. We stopped finding a lot of turtles at the entrance of the wetlands and had to trek further and further into the field. Sometimes hours would pass with no turtles in sight. We would occasionally go off the beaten path and try to force our way through the thick growth of the woods where trees and thorns scratched our faces, arms, legs, and bodies. Sometimes it would rain, and we would stand there, drenched, while trying to observe a turtle. In spite of all the literal blood, sweat, and tears, it was one of the most worthwhile experiences I have ever had.

It was exciting to walk through the woods, stopping to figure out where we were, then look down and be surprised to see a turtle right at our feet. It was thrilling to watch a turtle sitting in the water of the creek and then try to speed-walk through the trees to keep up when it decided to swim downstream. I loved the chance to interact with the turtles and see the personalities of each one. While it could be rough going at times, I would do it all over again for the chance to learn about what is now my favorite animal—the box turtle.

By Victoria Lay | Lay is a senior Buchanan Fellow majoring in Biology.