Reconnect with MTSU through Al..

Javier Hernandez is using undergraduate research to mix Business Administration with pleasure and to give back to an MTSU community he loves.

The sophomore from La Vergne has been making amateur videos for years, so when he enrolled at MTSU, he toyed with the idea of minoring in Video and Film Production. But as a first-generation college student who needed to take the straightest path to career success, he decided it wouldn’t be wise to take on the extra semester of coursework. 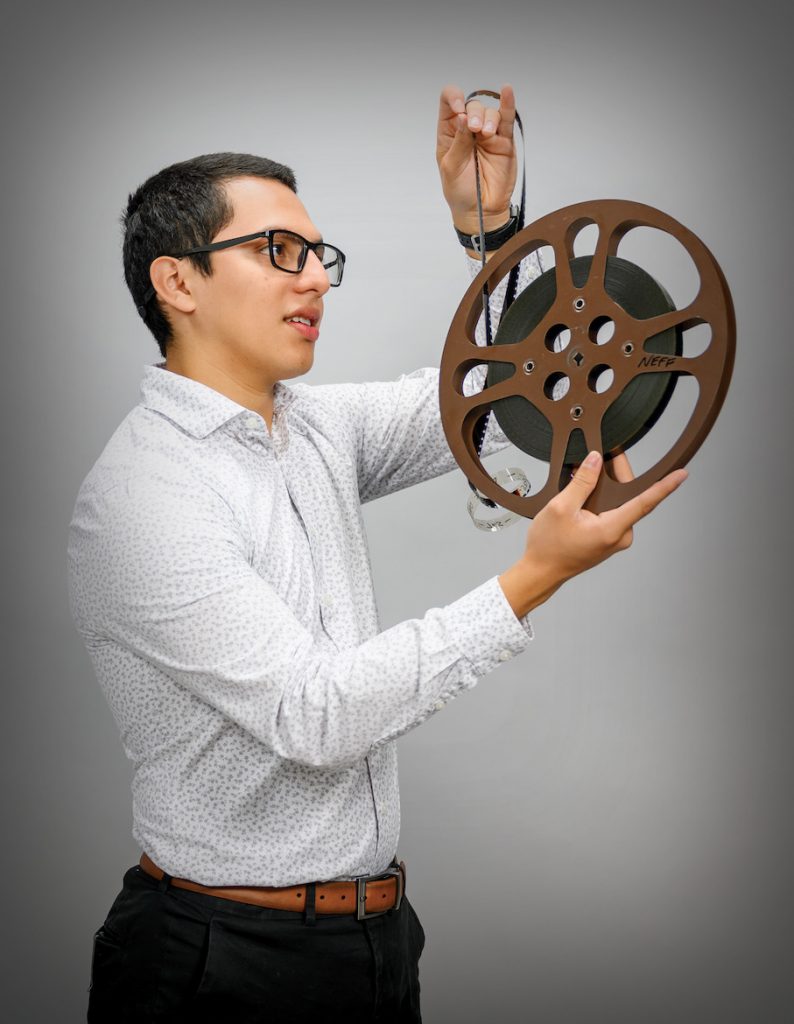 Instead, Hernandez plans to feed his creative appetite—and improve his skills—with the help of an Undergraduate Research Experience and Creative Activity (URECA) grant. He intends to use the funds to make a video promoting MTSU’s Charlie and Hazel Daniels Veterans and Military Family Center.

MTSU has more than 1,000 veteran and active military students, and the Daniels Center, which opened in Keathley University Center in 2015, ranks among the largest, most comprehensive campus veterans centers in the nation.

Hernandez, an Army ROTC student, said he feels many people aren’t aware of the center’s existence or what it offers, including some students and families who could use its services.

“It’s something unique, because it’s not just about helping people out with their paperwork,” he said. “They want to help students graduate and be successful personally and professionally as well as academically.”

Beyond providing services such as financial aid assistance and academic advising, the Daniels Center offers space where students who share a military connection can meet and study as a community.

It’s entertainment, but in the background there’s always a purpose.

Hernandez is part of the military community too, having found his own place there through MTSU’s ROTC program.

“After the first semester, I loved it so much that I knew this was exactly what I wanted to do,” he said.

Between a Business Administration degree and the Military Science minor he’ll earn through ROTC, Hernandez has his post-college future mapped out. But just in case he wants to make an excursion into the world of video production, he’s hoping his URECA experience can help him get there.

Hernandez loves making videos so much that one of his favorite pastimes is “watching videos on how to create better videos.” Another favorite pastime is watching movies, specifically superhero movies such as X-Men and The Avengers. Like most fans of that genre, he enjoys the action. But it’s the overarching themes that really capture his imagination.

“Yeah, it’s entertainment, but in the background there’s always a purpose. Something like Captain America—having loyalty, those high ethics and values. I think it would be great to display a message like that through video.” 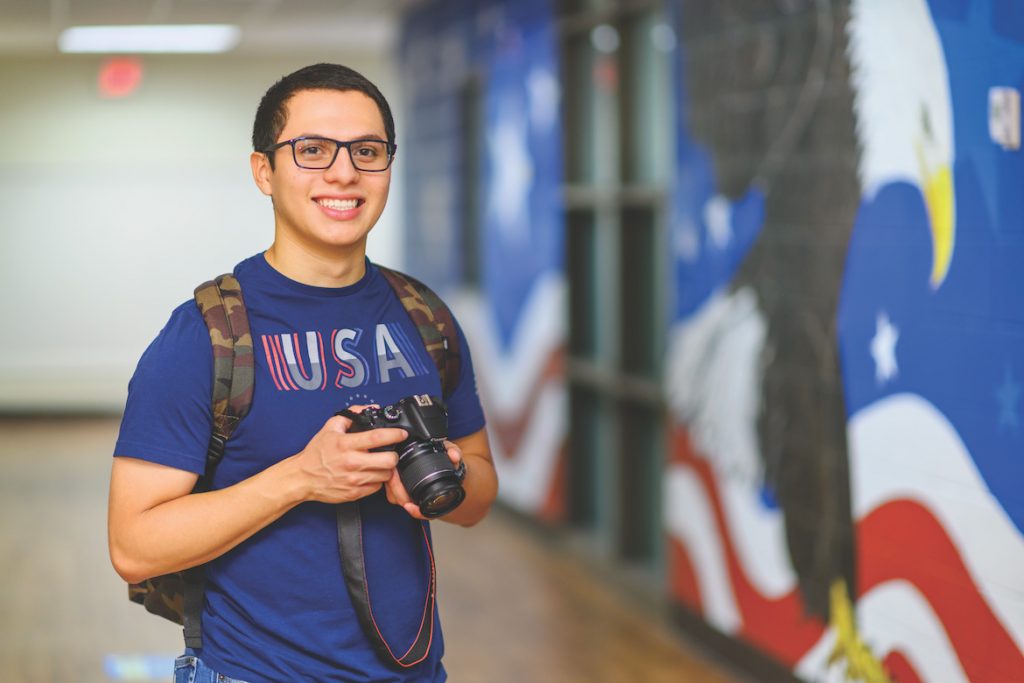 His Daniels Center project would give him that opportunity. While its purpose will be to showcase the many ways the center supports military-connected students and their families,

Hernandez wants his work to convey a message about duty and camaraderie, the qualities that drew him to ROTC.

“It’s the environment, the culture—it’s just the values,” he said. “It’s like a big brotherhood. . . . In a military environment, regardless of your position, you try to give it your best.”

Hernandez discussed the parameters of the project with faculty mentor Hilary Miller, director of the Daniels Center, and spent last fall brainstorming as he drove back and forth to campus. Soon he was “planning out the simple things like background music, the transitions, the theme, and whether the video will be long or short, two minutes or five minutes.” He also wanted to get better at the craft before he started filming. “

“There’s a lot that I don’t know in video and film, so I want to learn from my errors now and then implement that when my next semester comes,” he said.

His aim was to have all the details ironed out before applying for a grant, so he could hit the ground running if he won it. Fortunately, he has experience with grant writing; this is his second URECA proposal for a video project.

As a freshman, he was awarded a URECA grant for the Spring 2020 semester, to create a documentary on what student research looks like at MTSU, including the URECA program and MTSU’s Student Organization for the Advancement of Research (SOAR), a new organization he joined his freshman year. He was going to use the grant to fund a trip with SOAR to the National Conference on Undergraduate Research, in Bozeman, Montana. 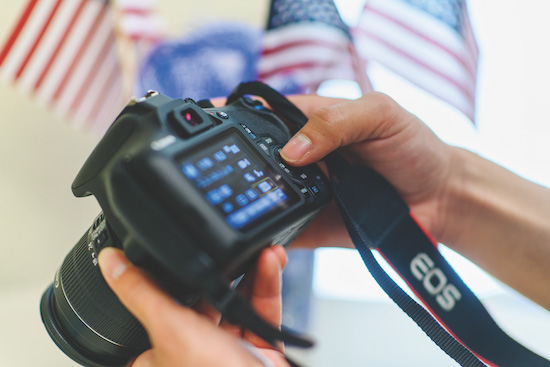 Unfortunately, like so many events in 2020, the conference was canceled due to the COVID-19 pandemic and, thus, the grant project was scuttled.

With this project, he’ll be closer to home. But he’s also closer to the subject matter. His enthusiasm for the project makes up for whatever it lacks in glamour.

“I don’t have much professional equipment. I have a basic camera and a microphone, and the majority of the [software],” he said. “But if I can get paid to do this for a good cause, raising awareness for the veterans center, why not give it a shot?”

When the project is finished, the Daniels Center can share the video on its web page and social media, and Hernandez can put it on his résumé—along with any other URECA projects he pursues and receives his junior and senior years.

His immediate career path runs through the U.S. Army. Hernandez plans to graduate as a commissioned officer and put in a few years of active-duty service before moving to the civilian workforce. 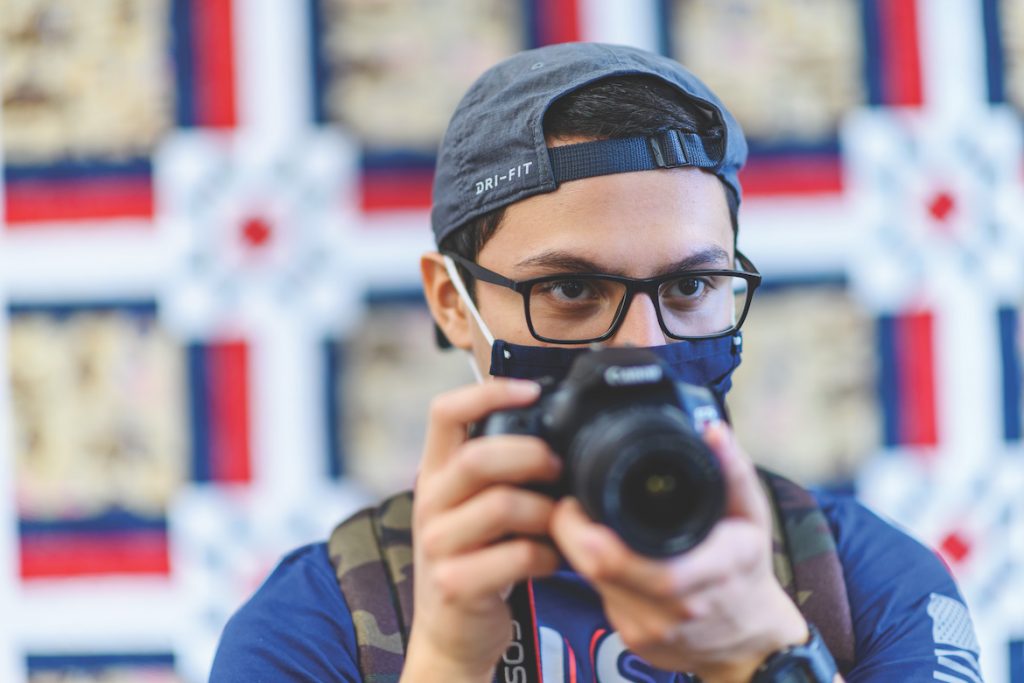 Judging from his ROTC training, he said, being a military officer is good preparation for a career in business.

“I think you could say it’s like being a manager,” he said. “You’re just managing to make sure that everyone else in your organization, your small unit, is doing everything right.”Wherever his business career takes him, Hernandez will be looking for opportunities to apply what he learned through his URECA experiences.

“I think maybe with a business degree I can go into something like video and film even if I don’t have those specific credits or courses,” he said. “These creative projects might support that background.”