McCarroll’s 15-minute talk, titled “The Call to Come-Unity,” shared how the local “community” can come together in unity and harmony. 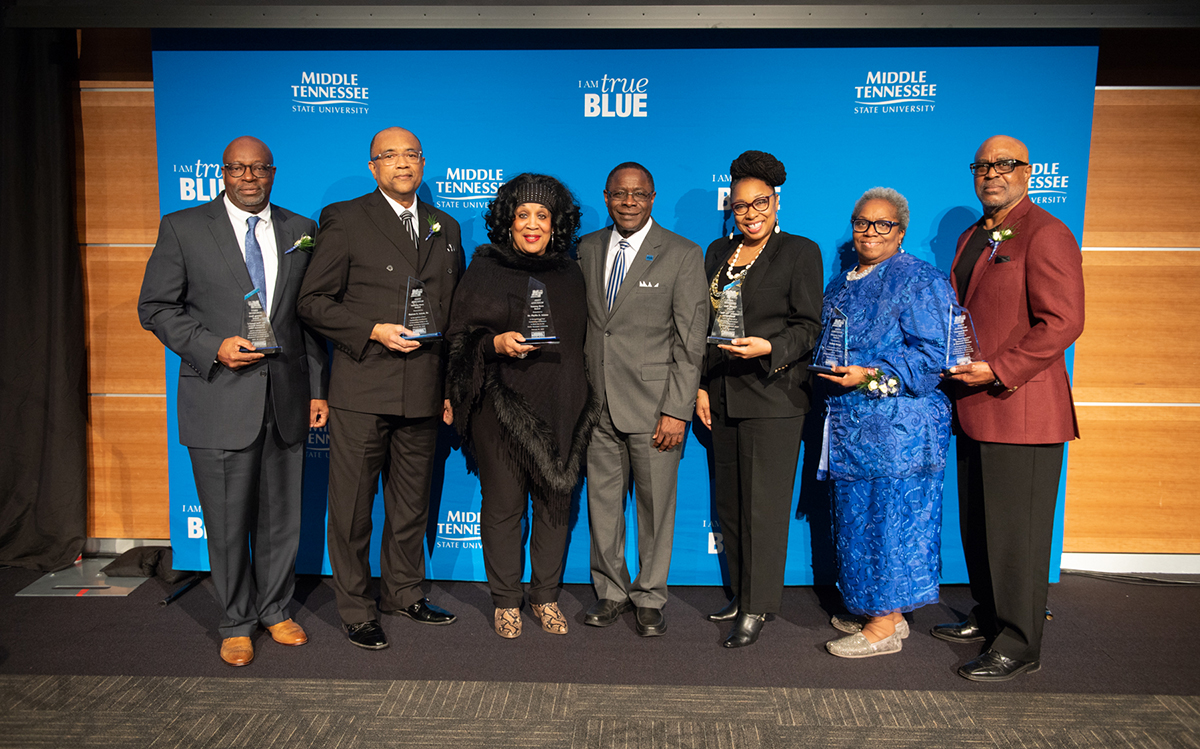 “Where There is Unity, There is Strength” was the theme of the 2020 Unity Luncheon, held in the Student Union Ballroom. The Unity Luncheon honors African American “unsung heroes” who have devoted their lives to serving the Middle Tennessee community.

Yanika “Nikki” Smith-Bartley, vice president and special counsel at Nashville-based Asurion LLC, was to bring the keynote address. However, illness prevented her from attending, so McCarroll, pastor of First Baptist Church on East Castle Street in Murfreesboro, answered the call.

“Equality only happens when we are willing to trade our present version of divisive community for a true and authentic space in which every participant is committed to heeding the call of come-unity,” McCarroll said.

“So how do we come to a solution that will move us from inequality to equality?” McCarroll said to the audience.

“We come to the table as equals — different positions, same power,” he added. “Make space to hear each other’s voices. Create a space where we can sit as equals.”

“We transition from focusing on our subcultural agendas to surrendering to the holy agenda of God’s version of community. All are subjected to the truth of God’s sovereignty and not any single group’s supremacy. (And) hear and adopt the prophetic call to new community.” 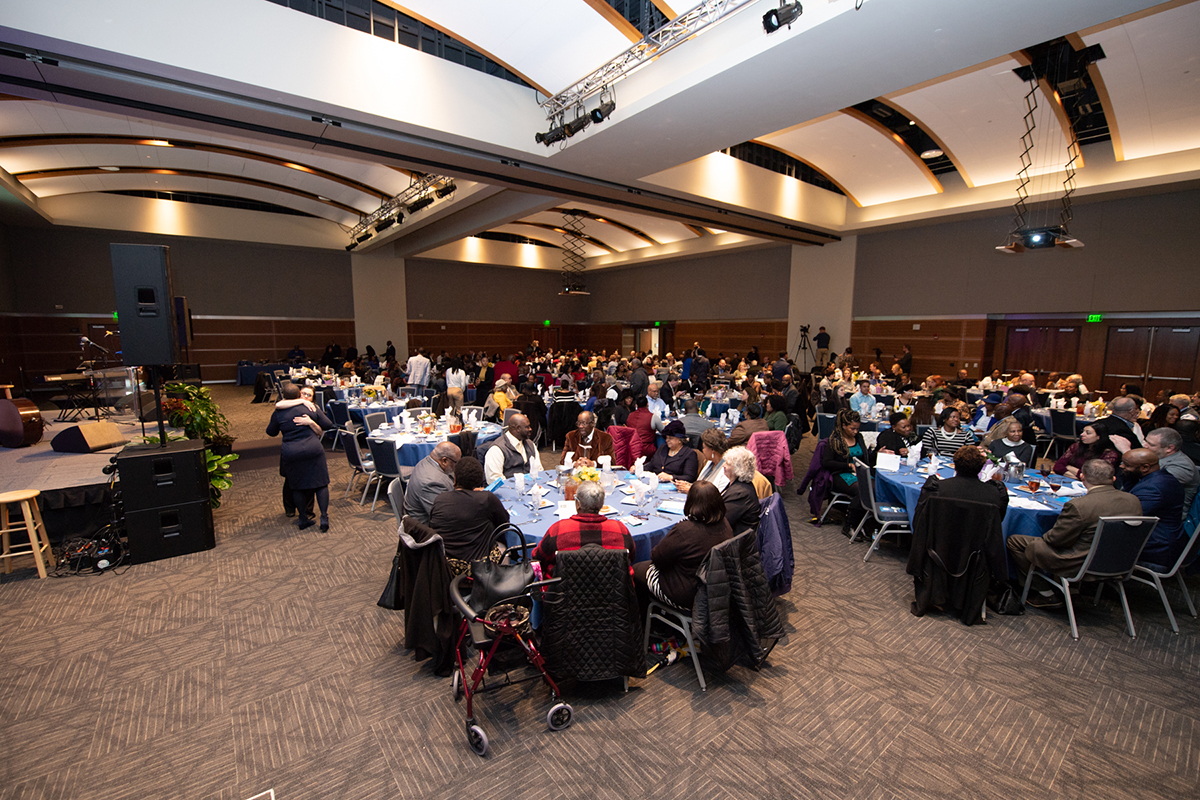 A portion of the crowd attending this year’s 24th annual MTSU Unity Luncheon in the Student Union Ballroom Thursday, Feb. 20, waits for the event to begin. MTSU and the community recognized six unsung heroes at the event. (MTSU photo by James Cessna)

MTSU President Sidney A. McPhee welcomed the honorees and attendees, saying “it is an opportunity for the university to show appreciation to individuals, who, typically, don’t receive attention and making a significant difference in the lives of people in this community.”

MTSU College of Media and Entertainment alumna Melinda Hudgins Noblitt (Class of ’07), a colleague of Smith-Bartley’s at Asurion, noted how “diversity and inclusion sets us apart from others.” Asurion, which has 19,000 employees, and MTSU are partners in a corporate engagement program.

The Ashley Kimbrough Trio, a jazz group, provided entertainment for the event. Kimbrough is an adjunct faculty member in the MTSU School of Music. 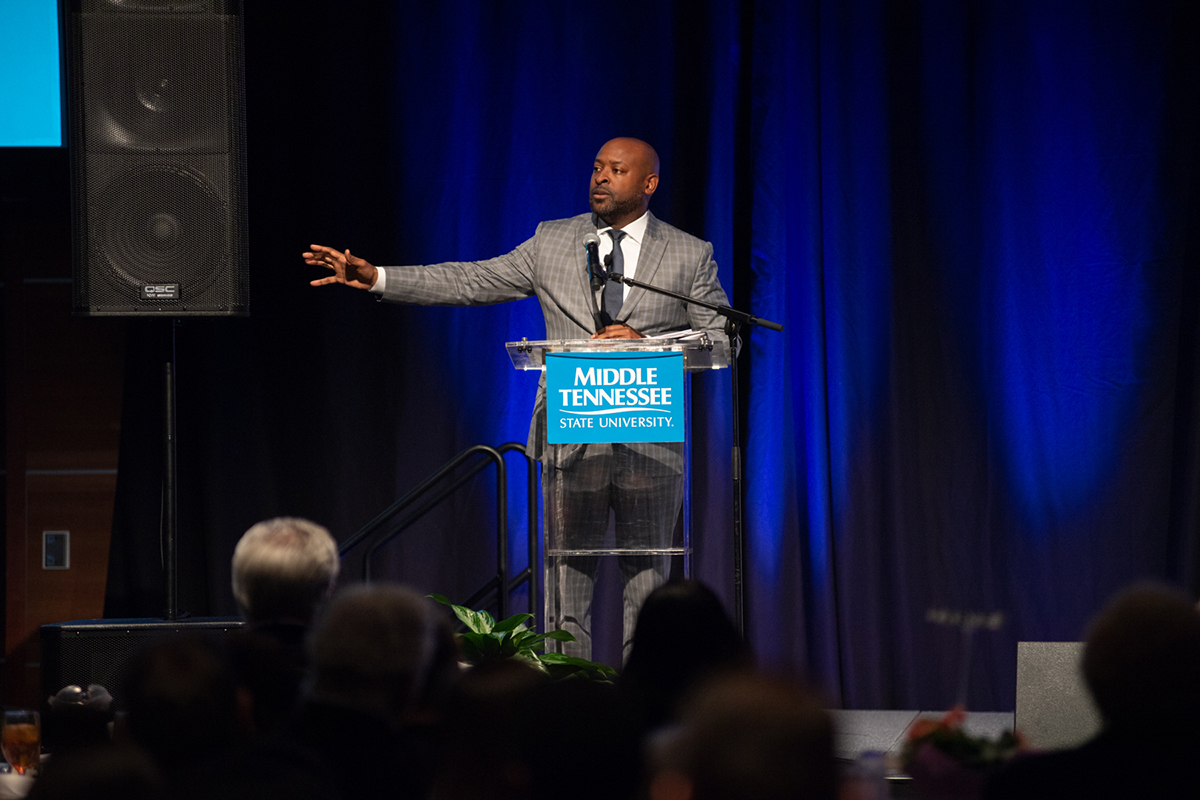