While our nation grapples with one of its most baffling crises of recent years, an MTSU professor is making plans to celebrate the bedrock principles that keep the country intact.

Carroll Van West, director of the Center for Historic Preservation and Tennessee State Historian, is leading the planning for Tennessee’s celebration of the 250th anniversary of the Declaration of Independence, which was signed in 1776.

The first event will take place in May 2022, and more events will lead up to the semiquincentennial in 2026.

The Tennessee General Assembly created the 250th Anniversary of the American Revolution Commission last fall and charged it with planning events and programs to commemorate the revolution and the declaration.

Tennessee did not officially become a state until 1796, but West said relationships between settlers from North Carolina and Virginia, two of the original 13 colonies, date to the late 1760s.

The Watauga Association, a semi-independent government run by settlers near what is now Elizabethton, Tennessee, will be a key facet of the historical record.

The home at Amis Mill is part of an historic site that figures in Tennessee’s plans to commemorate the 250th anniversary of the signing of the Declaration of Independence. Thomas Amis, a Revolutionary War veteran, established his mill near Rogersville, Tenn., from 1781-1782. (Photo submitted)

“We will start with the Watauga Association’s lease of land from the Cherokees in 1772 because the Wataugans and the Cherokees both played critical rules in the American Revolution and Revolutionary War from 1775 to 1780 and the battle of King’s Mountain,” West said.

One site, the Amis Mill near Rogersville, Tennessee, is of particular interest.

Thomas Amis, a Revolutionary War veteran, established the property in 1781-82, and it’s still in family hands. It is in the National Register of Historic Places, but West said the commission hopes to add new information. 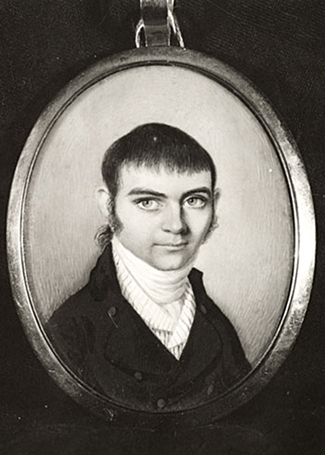 Thomas Amis, a Revolutionary War veteran, established a mill near Rogersville, Tenn., from 1781-1782. It is in the National Register of Historic Places and is still run by Amis’ descendants. (Photo submitted)

“We are undertaking the first ever major study of the property,” West said. “It is one of a handful of buildings still standing in Tennessee that date to the Revolutionary War period.”

British aggression also could have jumpstarted the career of the first  U.S. president from Tennessee, Andrew Jackson.

“He was a boy in South Carolina when British troops struck him with a sword,” West said. “From that point on, according to his biographers, Jackson hated the British with a passion.”

West said the long planning period will be invaluable because there are so many relevant locations in Tennessee. Along with possible tourism benefits, West said he hopes people will learn more about a vast and fascinating history.

“We hope to convey to Tennesseans and visitors a truly large and international story of a time when whites, Native Americans, African Americans, the enslaved, Hispanics and French share a vast land from the Appalachians to the Mississippi River that was truly a frontier,” West said.

“Their actions started the process that would lead to Tennessee statehood in 1796.”

To follow or contribute to the body of information about Tennessee’s impact on the Revolutionary War, go to “Patriot Paths,” a work in progress by the Tennessee State Library and Archives, at https://tinyurl.com/y77gnxcv.

To learn more about planning for Tennessee’s celebration of the semiquincentennial of the Declaration of Independence, contact West at carroll.west@mtsu.edu.

The dam at Amis Mill and what is left of the mill are part of a site in the National Register of Historic Places. It was founded near Rogersville, Tenn., by Thomas Amis, a Revolutionary War veteran. (Photo submitted) 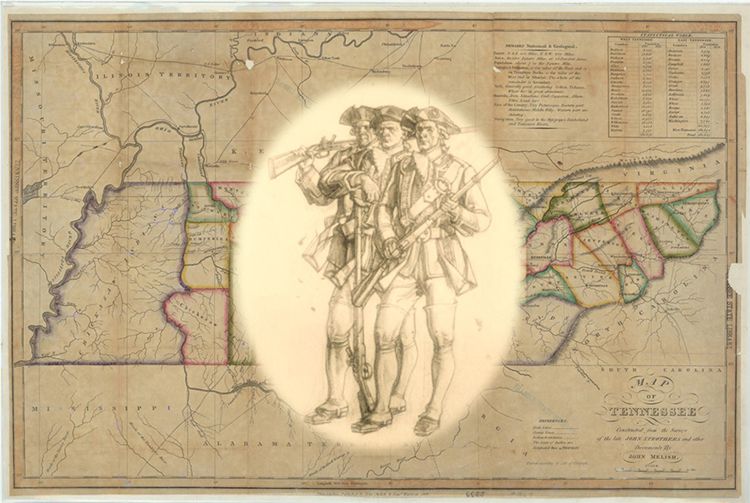 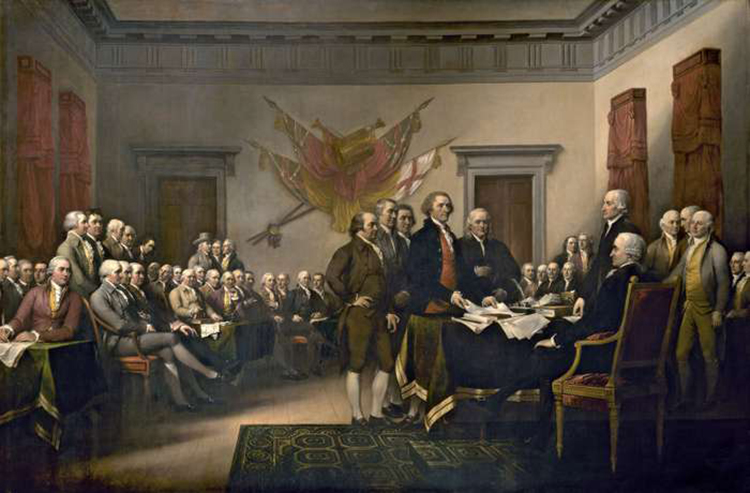 This painting, “Declaration of Independence,” painted by John Trumbull in 1818, depicts the presentation of the document draft to Congress in June 1776 in Philadelphia. The oil on canvas work now hangs in the U.S. Capitol Rotunda in Washington, D.C. (Courtesy of Encyclopedia Britannica)