Why You Should Attend Universi.. 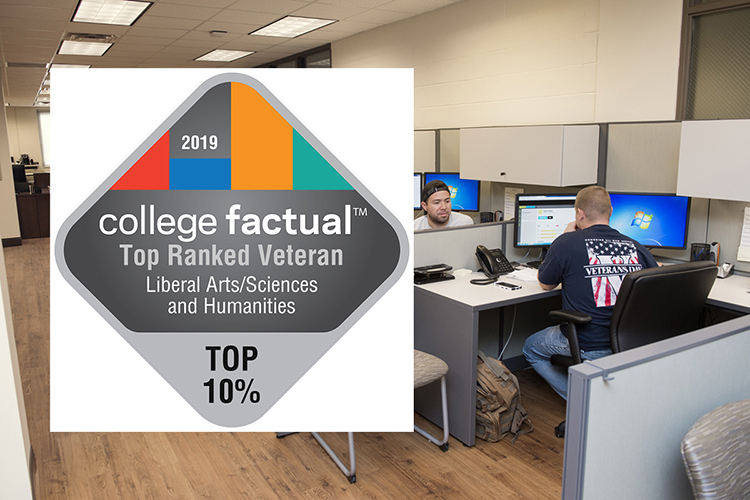 The website recently released its 2019 rankings for Best Liberal Arts General Studies Programs for Veterans, ranking MTSU No. 41 out of 355 for veteran friendliness of all colleges and universities reviewed by College Factual.

This puts MTSU in the top 15 percent of all schools in the nation when it comes to offering a quality education to veterans studying liberal arts, the website stated, noting that the university improved its ranking position 13 slots over the previous year’s ranking of No. 54.

Meanwhile, MTSU’s Liberal Arts program is ranked No. 1 out of the eight colleges and universities in Tennessee reviewed by College Factual for veteran friendliness. MTSU improved its ranking position 1 slot over the previous year’s ranking of No. 2.

“These rankings were developed to highlight schools that offer quality outcomes in a specific major while also offering support and resources to help veterans and active-duty military students thrive,” according to College Factual.

Hilary Miller, director of the Charlie and Hazel Daniels Veterans and Military Family Center at MTSU, said the high rankings reflect the university’s “organic” support for student veterans over many years.

Miller, who previously worked in the College of Liberal Arts and has helped bolster student-veteran support on campus, said many student veterans and ROTC cadets gravitate toward liberal arts programs such as political science, history and international affairs.

“Our faculty are 100 percent behind our veterans all the time,” Miller said. “That’s just the DNA of MTSU and what we’re doing.”

The Daniels Center is the largest and most comprehensive veterans center on any Tennessee higher education campus and among the best in the nation. It enables the campus’ 1,000-plus student-veteran population to have a one-stop shop to meet a variety of academic needs.

Located in the Keathley University Center right in the heart of MTSU’s campus, the 3,200-square-foot center is a place for military-connected students to study, gather and get help from fellow veterans, who will serve as peer advisers and sponsors.

The center assists student veterans in transitioning from college to career, while also partnering with the Veterans Administration to provide wellness counseling services on campus and assist with VA benefits.

New York-based College Factual touts itself as “the leading source of data analytics and insights on college outcomes,” according to www.collegefactual.com. The website provides information on more than 2,500 colleges and universities and more than 350 college majors.