In the News: Martin Luther Kin..

MTSU “Veterans in Motion” speaking participant Mike Krause and attendee Pam Russell served in the military and now lead productive lives in their careers and communities.

Krause, Tennessee Higher Education Commission executive director, and Russell, human resources director for the city of Murfreesboro, are personal examples of the narrative MTSU’s Keith M. Huberspeaks of regarding veterans. 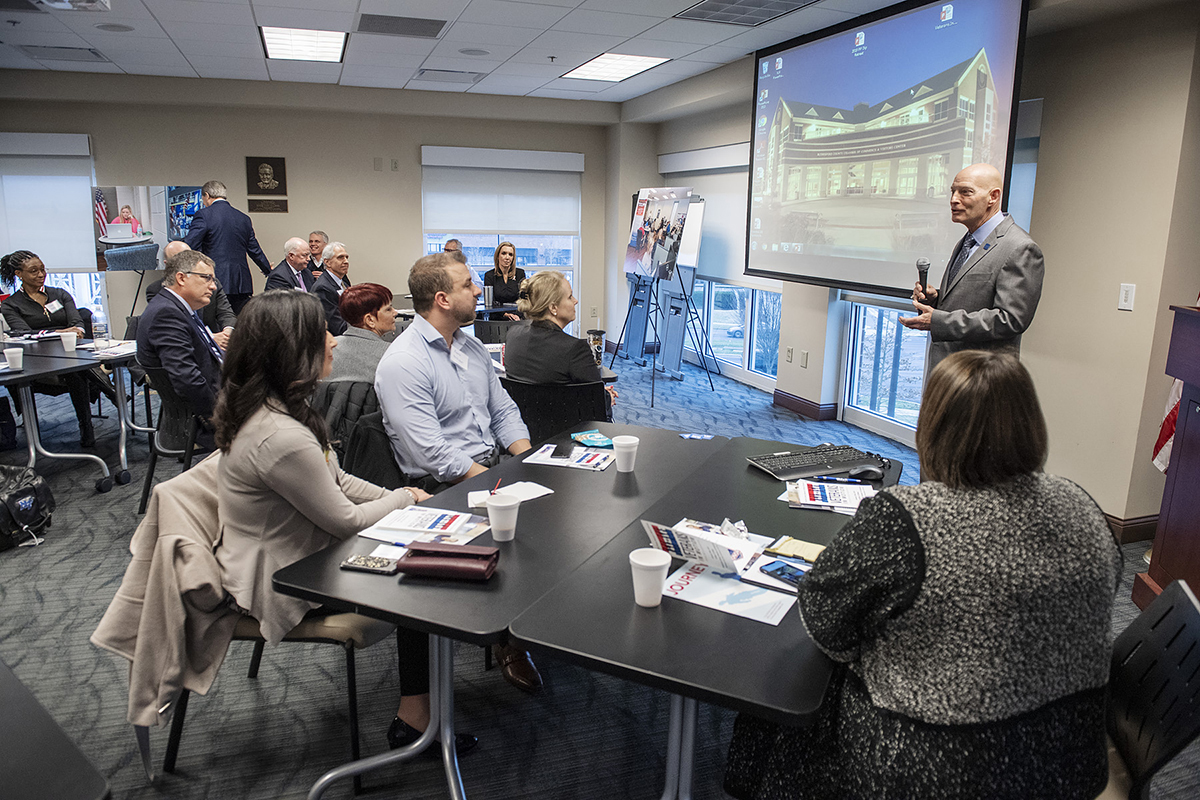 Keith M. Huber, retired U.S. Army lieutenant general and senior adviser for MTSU veterans and leadership initiatives, shares how the Rutherford County Chamber of Commerce, the site for the Jan. 24 “Veterans in Motion” gathering, is a welcoming center for veterans moving to the community. (MTSU photo by Andy Heidt)

“Veterans in Motion” brought together Rutherford County government and business leaders to share that “the vast majority of veterans in Tennessee are doing just fine. What they seek is the ability and opportunity to continue to serve,” says Huber, a retired U.S. Army lieutenant general and the university’s senior adviser for veterans and leadership initiatives,

The Huber-led gathering Thursday (Jan. 24) at the Rutherford County Chamber of Chamber of Commerce and Visitors Bureau helped those attending learn about opportunities and pathways veterans can pursue following the conclusion of their military service.

The VA, Bridgestone, Waffle House, FirstBank and Rutherford County government representatives were among those attending.

“Veterans possess ideal characteristics employers are seeking and some of the popular narratives are not true,” Krause said. “It’s the perceived challenges versus the very tangible and real strengths. Veterans have the ability to adapt and work as part of a team. They are in demand.”

Russell, a corporal during her time of service in the Army, said she had toured the MTSU Charlie and Hazel Daniels Veterans and Military Family Center and met with Huber and center Director Hilary Miller, but “came to learn more about others in the community who are hiring veterans and ways to get veterans in (the workforce).”

Ben Weatherford, Murfreesboro FirstBank president, said veterans’ “work ethic, ability to listen, accept training, willingness to learn and teaching skills” are admirable traits. He said his son, Ben, a U.S. Marine reservist who is a father raising a family, “could benefit from the Daniels Center.”

Craig Tindall, Murfreesboro city manager, said every time he talks to Huber or Miller he is “amazed at the amount of resources” available at the center, which is located on the first floor of Keathley University Center with additional resources in the Transition Home Office (to help veterans and others find work) on the third floor of KUC. 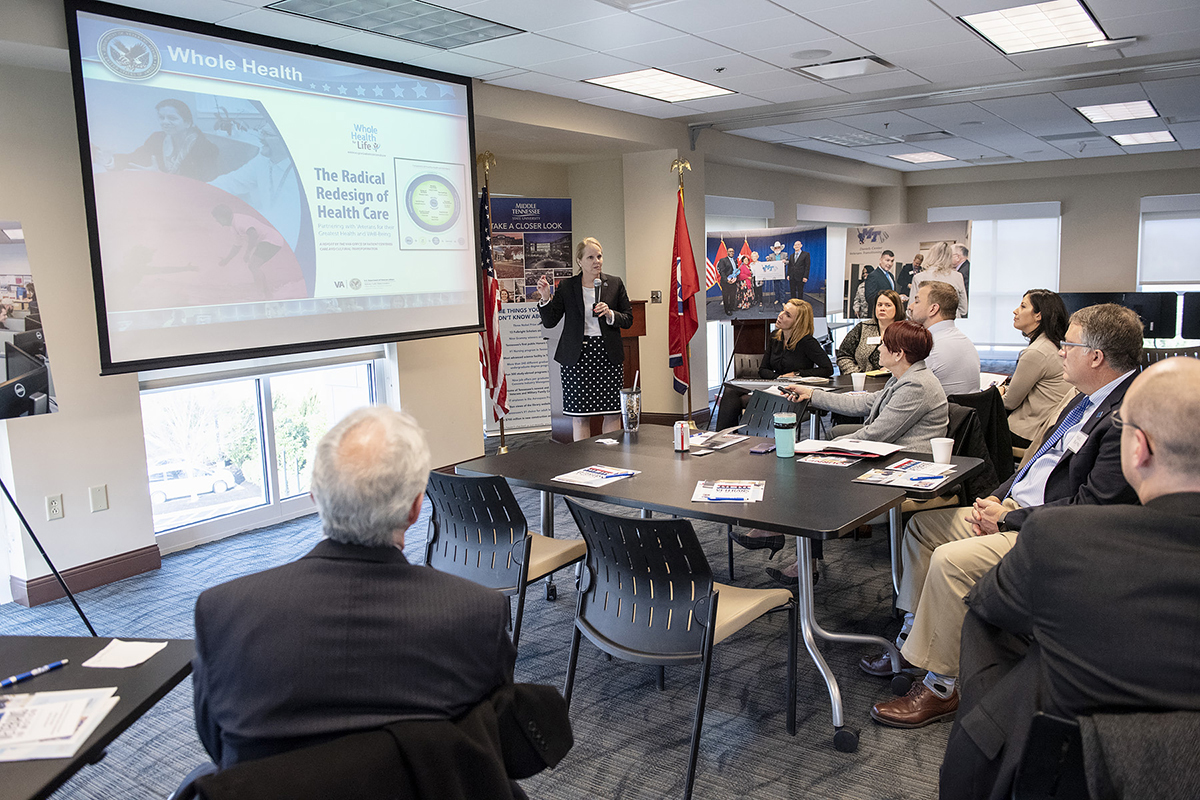 Jennifer Vedral-Baron, VA-Tennessee Valley Health Services director overseeing the Nashville and Murfreesboro VAs and other clinics in Middle Tennessee, shared a video regarding “Whole Health,” a redesign of health care implemented by the VA.

“Many veterans are embarking on this health journey,” said Vedral-Baron, who added that yoga, walking, swimming chiropractic care, acupuncture and smoking cessation are part of the new initiative.

Rutherford County Mayor Bill Ketron and Chamber President Paul Latture were other speakers at the event. Both offered insight into opportunities and resources available to veterans.

MTSU’s student veteran population is approximately 1,000, which includes family members. They receive strong support from the Daniels Veterans Center, which is the largest and most comprehensive veterans center on any Tennessee higher education campus. 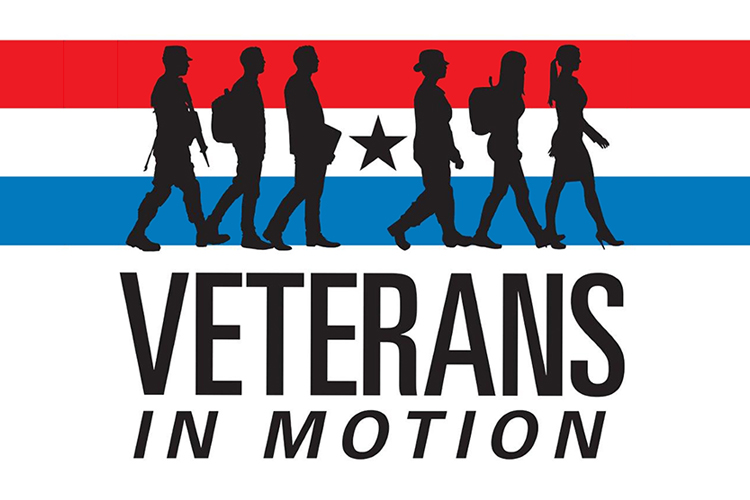 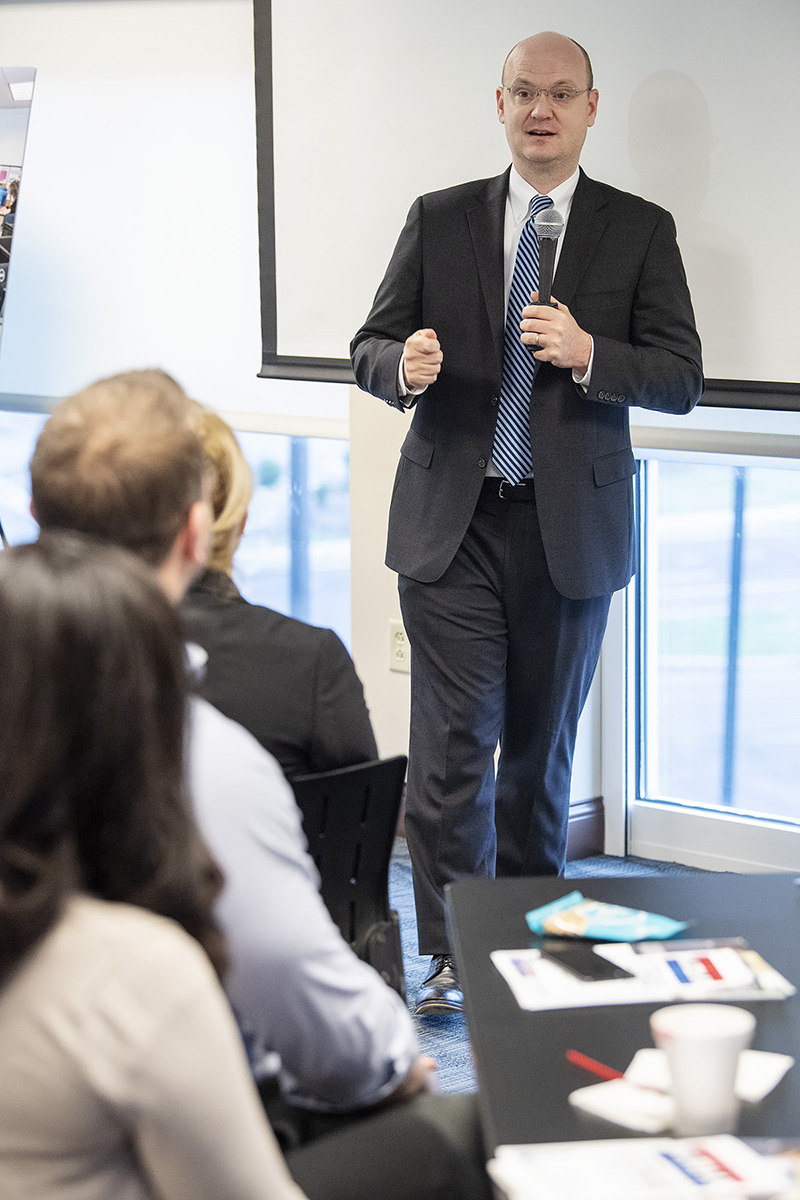