They met with Keith M. Huber, senior adviser for veterans and leadership initiatives and a retired U.S. Army lieutenant general, and MTSU veterans center Director Hilary Miller for a tour, to learn about the university’s initiatives and how the center supports vets and their family members. 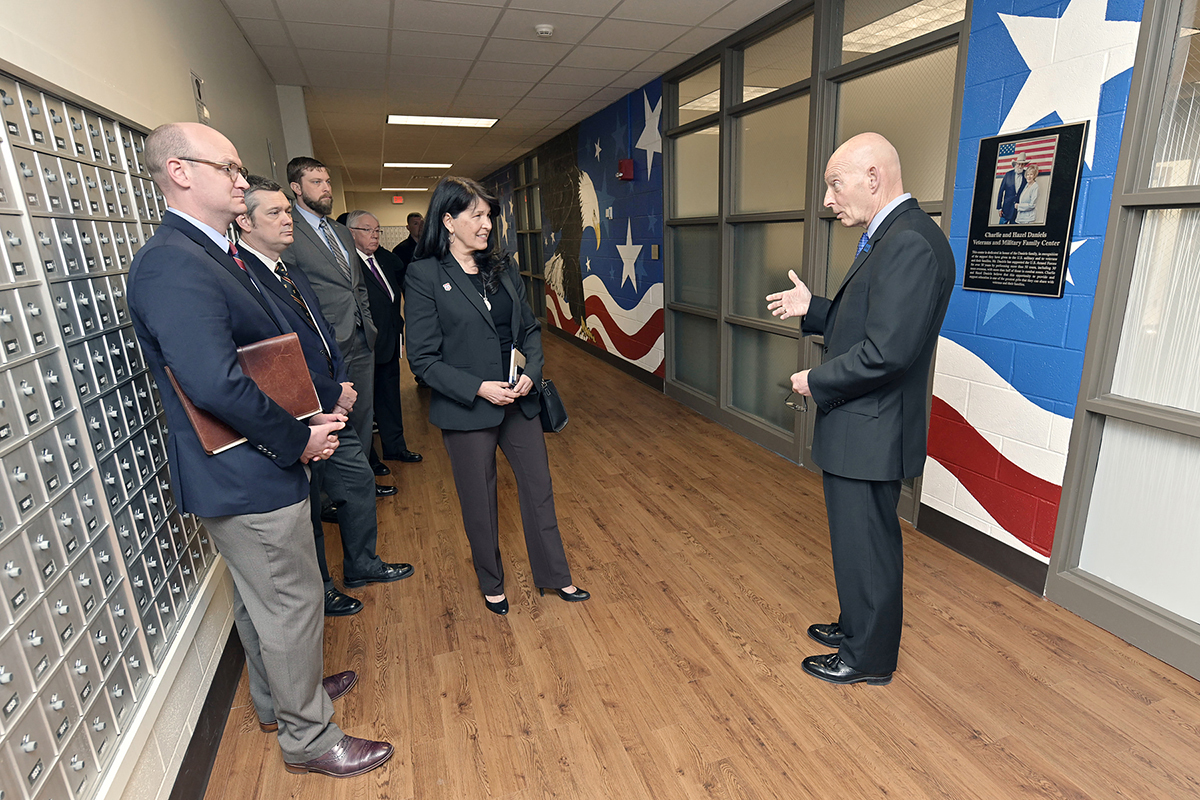 “The purpose of today’s meeting was to have the privilege to meet Tennessee’s new commissioner and her team and to share with them how we assist veterans and military family members in transition, and to see how we can work closer together in service of our veterans,” Huber said.

“I thought it was a tremendous interaction and exchange of information,” Huber said about the meeting.

Part of the exchange of ideas and information-sharing included details of how MTSU is assisting veterans not only through the academic, benefits and VA challenges, but in finding full- and part-time work with a list of employers growing to nearly 100.

Rogers said “it is just really exciting to see MTSU and the actual concern and care and thoughtfulness that they are doing in empowering our vets, getting them to vet success and in getting them into the workplace in the communities.”

“In my mind, it’s state of the art and we have a lot to learn from MTSU, and we want to learn how to integrate what we have to offer with what they have to offer because, again, the end game is veteran success, veteran empowerment.”

Krause is veteran and frequent participant in veterans-related activities such as the Huber-led Veterans in Motion Conference in January at the Rutherford County Chamber of Commerce.

“MTSU’s efforts to serve student veterans serve as an example to the rest of the state,” Krause said. “We’ve got a state leadership team now that spans higher education throughout government, that is all focused on one goal — serving veterans — and we think we can learn a lot from MTSU’s efforts.” 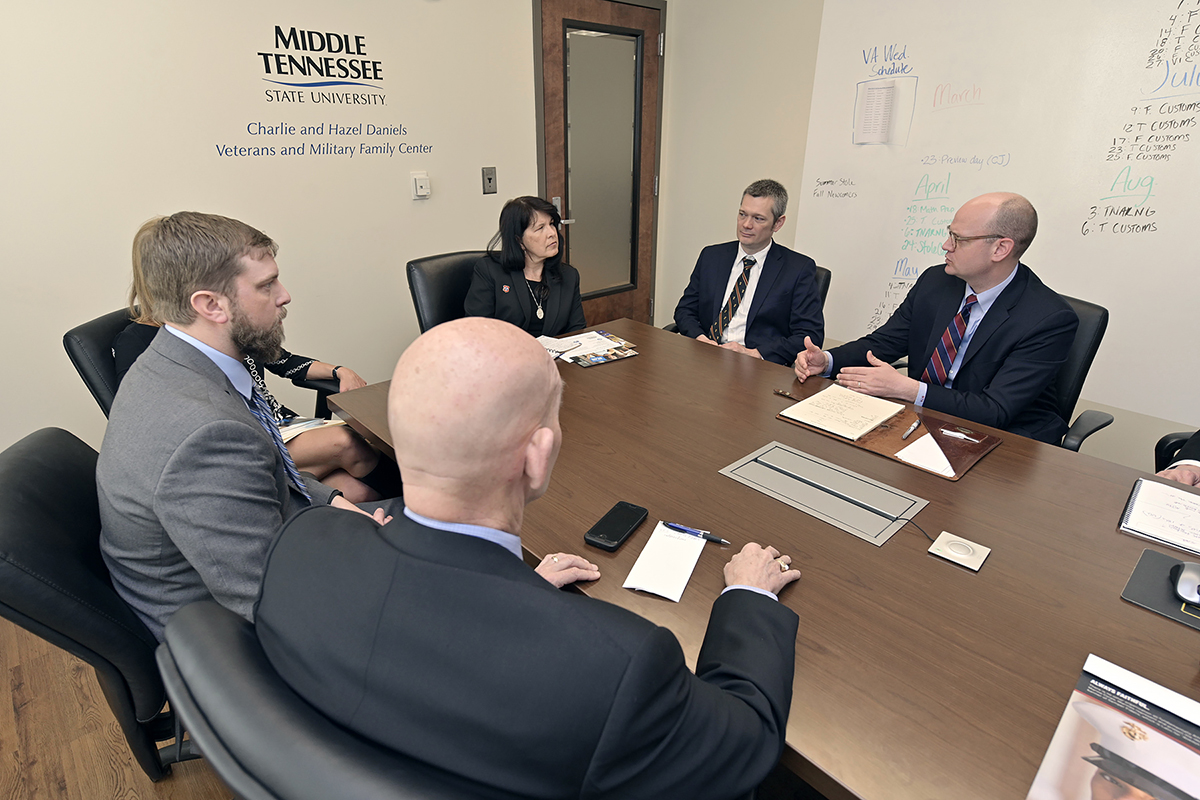 Krause said he will lead a group of Tennessee college and university presidents on a visit April 5 to Fort Campbell.

A native of Hawaii, Rogers is a retired U.S. Air Force lieutenant colonel with a combined 28 years of military service in the Air Force and Tennessee Air National Guard. The Sumner County resident served three terms in the Tennessee General Assembly as a state representative.

The Tennessee Department of Veterans Services serves more than 474,000 veterans and family members.