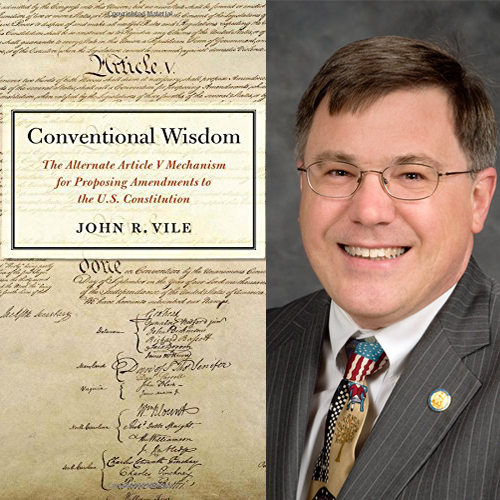 In the aftermath of the national political parties’ conventions, the next “MTSU On the Record” radio program considered the possibility of a different kind of governmental gathering.

Host Gina Logue’s interview with John Vile, a political scientist and dean of the University Honors College, first aired Aug. 1 on WMOT-FM (89.5 and www.wmot.org). You can listen to their conversation below.

Vile is the author of “Conventional Wisdom: The Alternate Article V Mechanism for Proposing Amendments to the U.S. Constitution.”

The book examines the portion of the Constitution that allows the states to call a convention to consider amendments to the country’s bedrock legal document.

Vile said, however, that it’s still a matter of conjecture as to just what a national constitutional convention would look like and how it would be run.

“Many of the people who are most in favor of calling a convention believe that the states would be in complete control,” said Vile.

“I don’t believe that …. In my judgment, the convention itself probably would settle on most of the rules by which it would be governed.”