MTSU returns to the Grammys af.. 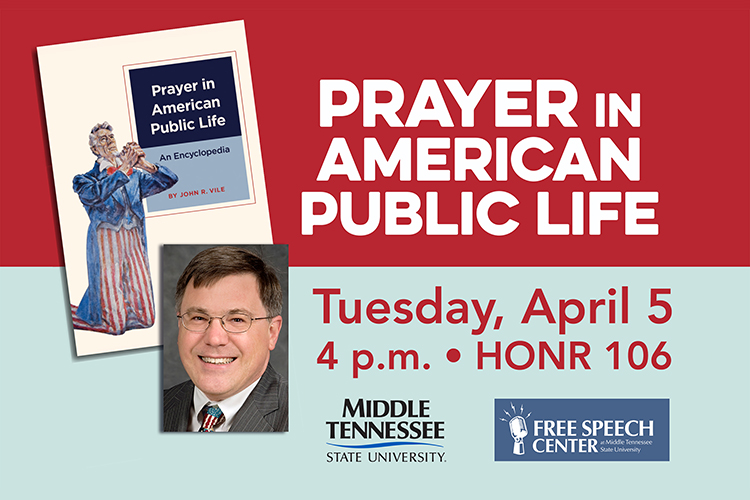 The Free Speech Center at Middle Tennessee State University will bring the First Amendment into focus once again on Tuesday, April 5, with a discussion on “Prayer in American Public Life” and the connection between religion and public policy. 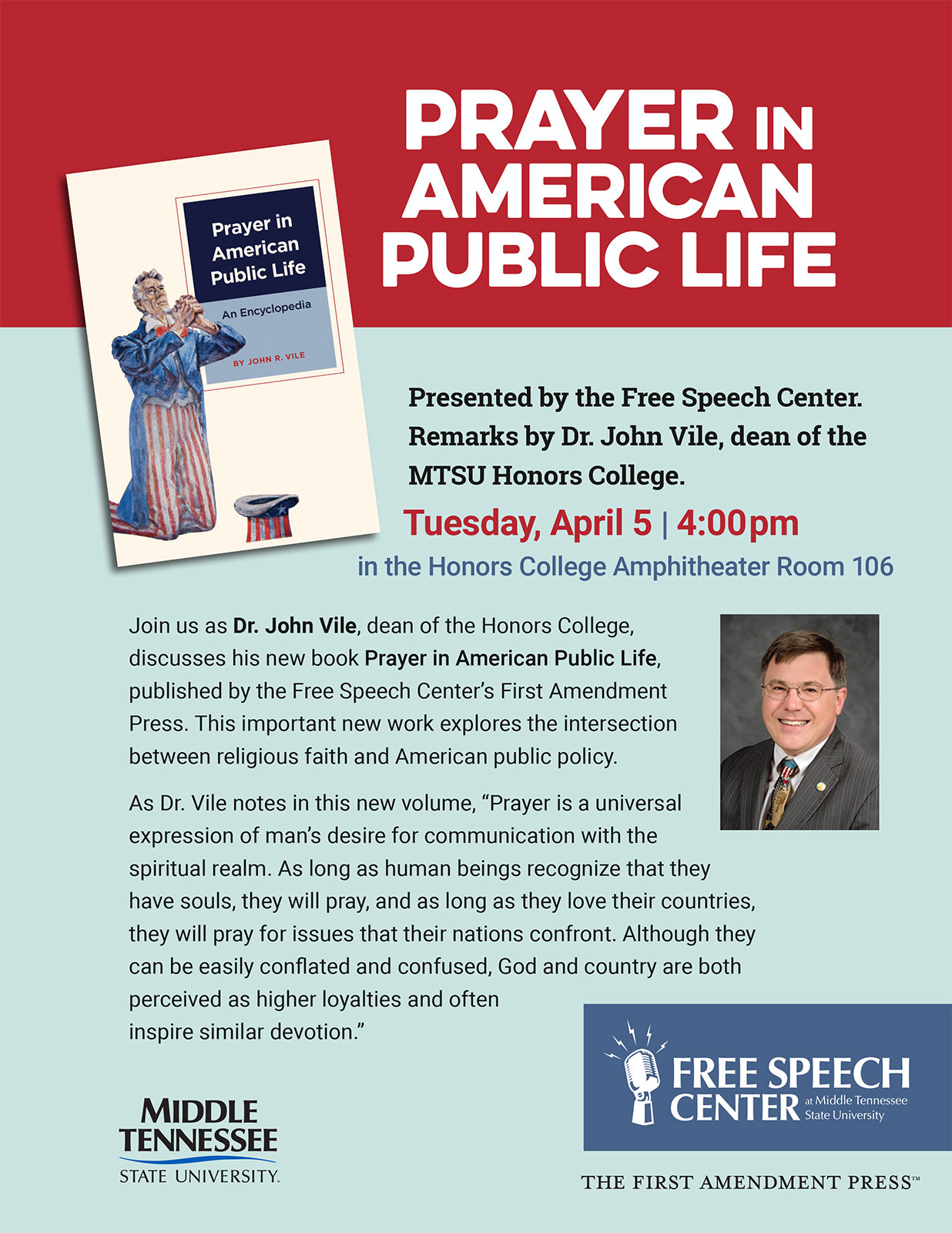 Click on the flyer to see a larger version.

Dr. John Vile, dean of the University Honors College at MTSU and one of America’s top scholars of the U.S. Constitution, will lead the free public discussion, which also is the topic of his new book, at 4 p.m. Central April 5 in Room 106 of the Paul W. Martin Sr. Honors Building, 1737 Blue Raider Drive.

A campus parking map is available at http://bit.ly/MTSUParking. Off-campus visitors can obtain a one-day permit at https://mtsu.edu/parking/visit.php or park free in the university’s Rutherford Boulevard Lot and ride the Raider Xpress shuttle to the lecture site.

Vile, a professor of political science, has taught at MTSU since 1989 and led the Honors College since 2008. He’s also a prolific author who’s written, co-written and edited nearly 50 books about American political science and law, with subjects including the national anthem, U.S. Constitution, the Declaration of Independence, the U.S. flag and the Liberty Bell, since 1991.

“Prayer in Public Life” continues Vile’s exploration of the role religion has played, and continues to play, in American history, especially in formulating public policy.

“Prayer is a universal expression of man’s desire for communication with the spiritual realm,” Vile says. “As long as human beings recognize that they have souls, they will pray, and as long as they love their countries, they will pray for issues that their nations confront.

“Although they can be easily conflated and confused, God and country are both perceived as higher loyalties and often inspire similar devotion.”

He also served as co-editor of the Free Speech Center’s showcase “Encyclopedia of the First Amendment,” the digital, fully searchable version of the two-volume 2009 book that now includes more than 1,500 essays and entries covering court decisions and doctrines; people, laws and events; and issues and organizations.

The nonpartisan Free Speech Center, based in MTSU’s College of Media and Entertainment, works to educate the public about the five freedoms guaranteed by the First Amendment: protection of their right to free speech, a free press, freedom of religion, freedom of peaceable assembly and freedom to petition the government.

Details on the work of the Free Speech Center at MTSU, including its First Amendment Encyclopedia, are available at https://mtsu.edu/first-amendment. The College of Media and Entertainment’s website is https://mtsu.edu/media.