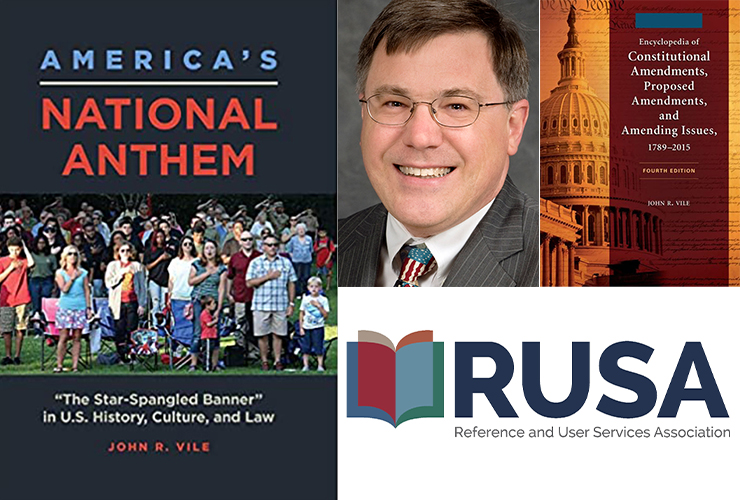 If you want to know who one of the top reference book authors in the country is, you won’t have to look it up at the library — although you could do so.

The Reference and User Services Association, a division of the American Library Association, has designated “America’s National Anthem: ‘The Star-Spangled Banner’ in U.S. History, Culture and Law” as one of the 10 outstanding reference sources of the year.

Its editor, John Vile, is dean of the University Honors College and a political scientist. ABC-CLIO published his book in January 2021.

The first edition of an earlier Vile work, “The Encyclopedia of Constitutional Amendments, Proposed Amendments and Amending Issues,” won a similar award in 1996.

That book is now in its fourth edition from ABC-CLIO, and Vile is working on the fifth edition.

“My hope is that the award for the national anthem volume will also call attention to my other works in this area, which I consider to be equally valuable,” Vile said.

In addition to writing about the national anthem, Vile has written books about the U.S. Constitution, the Declaration of Independence, the U.S. flag and the Liberty Bell.