Decorated veteran and Metropolitan Nashville Airport Authority president and CEO Doug Kreulen will be the guest speaker for the sixth annual MTSU 9/11 Remembrance, which will be held virtually this year on Friday, Sept. 11, because of the COVID-19 pandemic.

The public and MTSU community can watch the ceremony, starting at 7:30 a.m., on MTSU’s YouTube channel, Facebook pages for MTSU and the Daniels Veterans Center, MTSU’s Livestream page and True Blue TV. 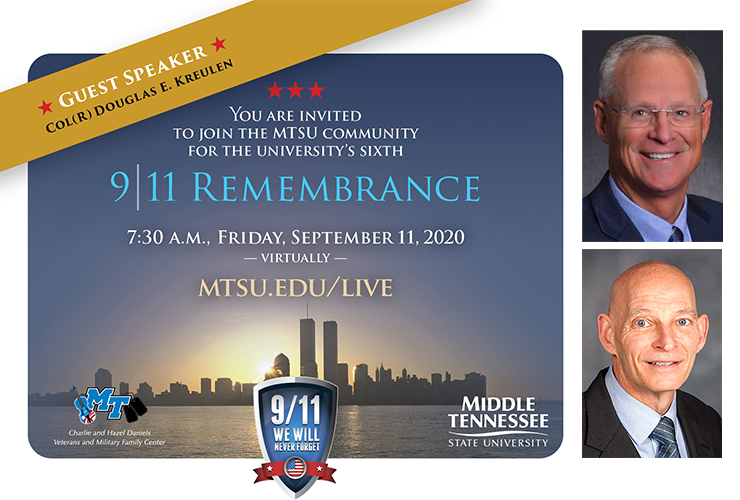 The 9/11 Remembrance event, coordinated by the Charlie and Hazel Daniels Veterans and Military Family Center, will commemorate the 19thanniversary of a series of four coordinated terrorist suicide attacks by the extremist group al-Qaida on U.S. landmarks, which occurred Sept. 11, 2001.

Along with Kreulen, the program will include remarks from MTSU President Sidney A. McPhee and retired U.S. Army Lt. Gen. Keith M. Huber, MTSU’s senior adviser for veterans and leadership initiatives; the singing of the national anthem by country/rock artist Rachel Lipsky; the reading of the 9/11 timeline by MTSU ROTC cadets; the playing of taps by Robert Aanerud; and a special song from country music recording artist Rodney Atkins.

Kreulen, who was on active duty and working at the Pentagon on the day of the attacks, joined the airport authority in 2012 and was named president and CEO in December 2017. He previously served as chief operating officer, overseeing operations, facilities maintenance, public safety and development and engineering departments for both Nashville International and John C. Tune airports.

“He will be able to describe to us what those moments and days were like after the aircraft (the hijacked American Airlines Flight 77) struck the Pentagon,” Huber said of Kreulen.

Kreulen served in the U.S. Air Force for 27 years and achieved the rank of colonel before moving to the commercial aviation sector. He held prominent command and staff leadership positions, including, among others:

• Chief of staff for the U.S. Air Force Academy in Colorado Springs, Colorado.

• Vice commander of the 374thAirlift Wing at Yokota Air Base in Japan, with responsibility for 11,000 civilian and military personnel involved with operations, support, maintenance and medical.

• Commander of the 314thOperations Group at Little Rock Air Force Base, with responsibilities for 2,000 military personnel and a fleet of 50 C-130 airplanes. 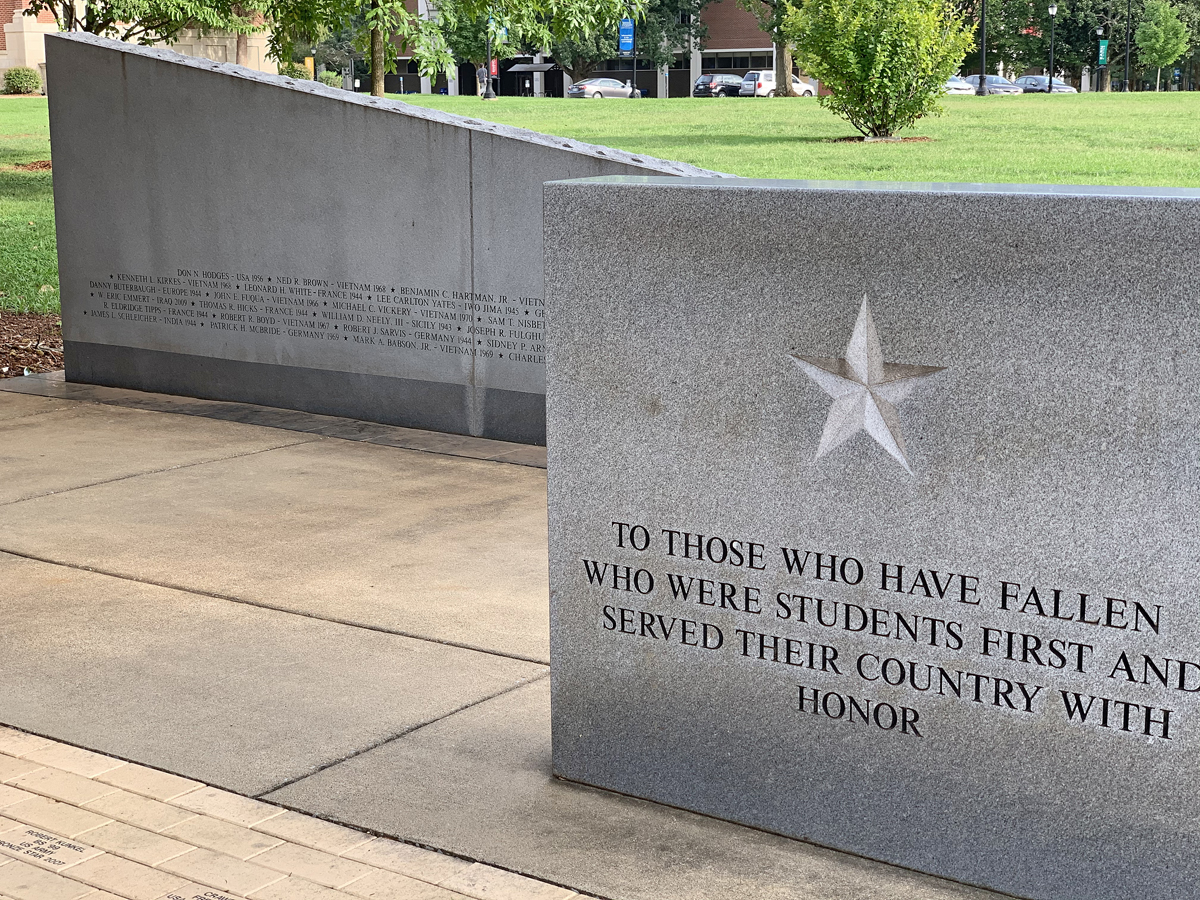