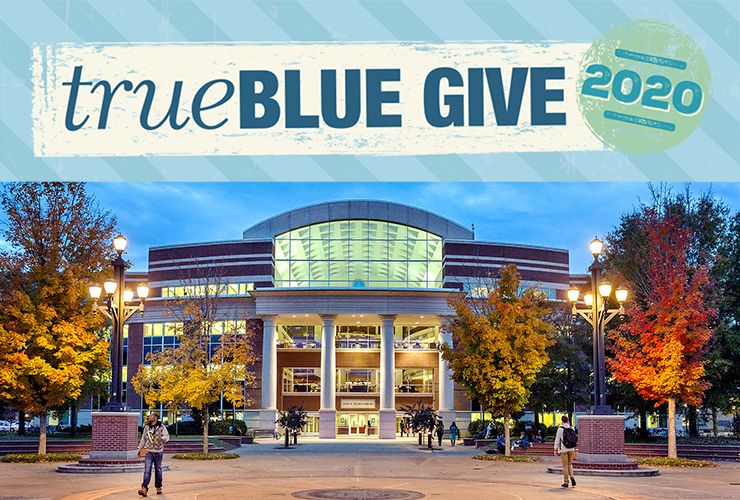 A generous donation from the family of a former MTSU president will jumpstart a dynamic fundraising campaign to celebrate the James E. Walker Library’s 20th anniversary.

Through its foundation, the family of the late university president will match each dollar donated to the library that bears his name, up to $20,000, to help launch the third annual True Blue Give fundraiser Feb. 12-14.

“Every donation to the Walker Library during the True Blue Give helps the library further its student success and professional development efforts,” said interim library dean Jason Martin.

The money raised will be funneled into four different funds, all of which replenish and advance the James E. Walker Library’s services:

• The Library Enrichment Fund, which is used for technology, books and other resources.

• The David Robinson Scholarship, a stipend named for a late systems librarian.

• Special Collections, which acquires rare and old books and serves as the repository for the library’s Margaret Lindsley Warden Collection for Equine Studies and the Lee and Sophia Owen Eudora Welty Collection.

Paul Wydra, director of development initiatives, said the library, like other aspects of MTSU, depends on private support from alumni, friends and community members.

“Every gift, large or small, helps the library fulfill its commitment to the campus community in providing safe study areas, resources and technology that today’s students need,” Wydra said.

Walker, who served as MTSU’s president from 1991 to 2000, was the driving force behind the creation of a more modern library for the university. Its predecessor, the Todd Library, consisted of two buildings, constructed in 1958 and 1967.

Seeing a need to meet the needs of the rapidly expanding digital age, Walker pressed for a revised university master plan to include a new facility. The facility formally opened April 19, 1999, and MTSU dedicated the building and named it for Walker in November 2001.

Donations can be made online at www.mtsu.edu/truebluegive or by texting “MTSU13” to 71777. 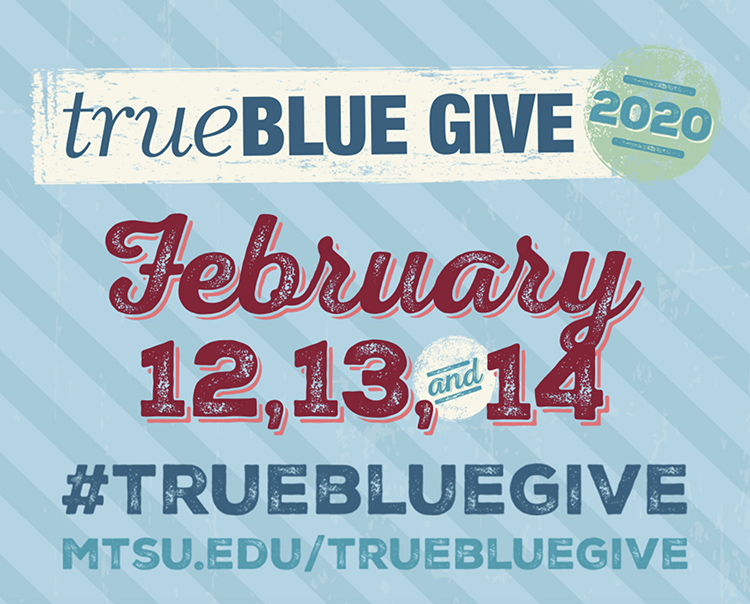 Click the image to learn more about this year’s fundraising drive and to give.