From food to personal hygiene ..

The live program with host Scott Walker was broadcast on FM 100.5, 101.9 and AM 1450 from the WGNS studio in downtown Murfreesboro. If you missed it, you can listen to a podcast of the Feb. 21 program here. 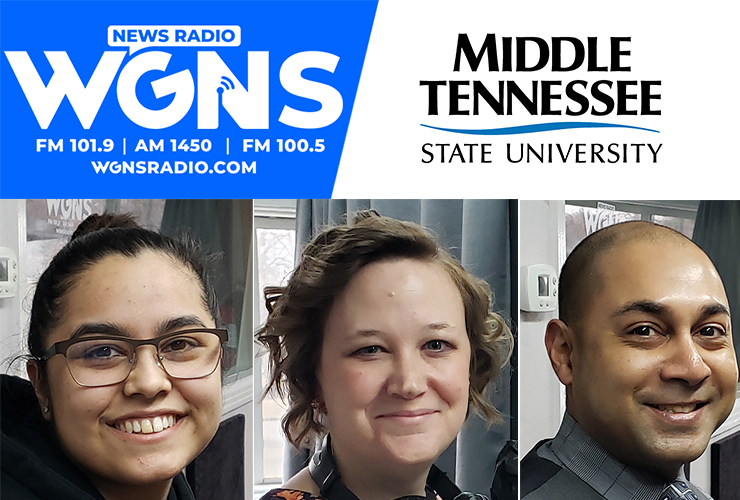 • Ana Cannon, University Honors College student, who discussed her thesis exhibition titled “Arts-Based Critique of the Media’s False Images of Racial Protests Exhibition.” The graphic design major and marketing minor in the Honors College is completing her thesis that included an art exhibition Feb. 19-22 in Todd Hall Room 210 on the MTSU campus.

Cannon’s exhibition explored media coverage of the police brutality committed against Rodney King and the ensuing protests that occurred in Los Angeles in 1991 as important for U.S. public memory, and critiqued the influence of mainstream media on how we perceive racial justice protests. Cannon’s thesis adviser is Dr. Roberta Chevrette, assistant professor in the Department of Communication Studies.

The 2022 theme for MTSU’s Women’s History Month is “Women Providing Healing, Promoting Hope.” Organizers say this is not onlya tribute to the ceaseless work of caregivers during this ongoing pandemic but also a recognition of the thousands of ways women have provided both healing and hope throughout history. A complete PDF version of the calendar can be available here.

• Dr. Chaminda Prelis, chair of the MTSU Department of Aerospace, who discussed his role as chair and MTSU’s proposal to relocate its aerospace campus from Murfreesboro Airport to Shelbyville Airport for expansion opportunities.

Prelis now leads a signature MTSU program that boasts 20 full-time faculty members, 100-plus flight instructors and more than 1,000 majors, placing it among the largest of the nation’s collegiate aviation programs. And now the university looks to relocate its aerospace campus at Murfreesboro Airport, a move that would allow for future expansion and address recent concerns from the city of Murfreesboro.