MTSU faculty and staff appeared on WGNS Radio recently to share information about an annual upcoming holiday concert, the value of getting a liberal arts education and an MTSU center’s designation as part of a new statewide tour.

The details were shared during the Nov. 19 “Action Line” program with host Bart Walker. The live program was broadcast on FM 100.5, 101.9 and AM 1450 from the WGNS studio in downtown Murfreesboro. If you missed it, you can listen to a podcast of the show here. 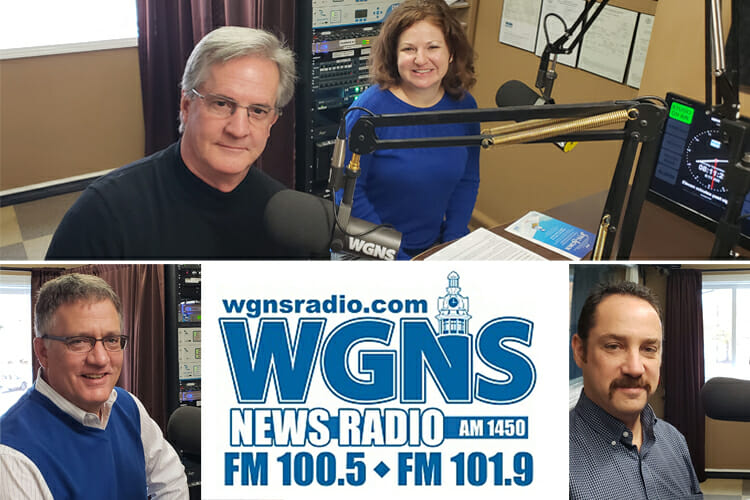 Guests and their topics were as follows:

Tucker Theatre again will host the event Sunday, Dec. 2. Now in its fourth year, the event will run from 3 to 4 p.m. Dec. 2 to showcase music and more by MTSU students and faculty. “Joys of the Season” launched in 2015 as a way to showcase the college’s performing and fine arts departments and to express the university’s gratitude for decades of community support.

Proceeds from the concert will once again benefit MTSU Arts, which the College of Liberal Arts founded in 2011 to support public performances and exhibits by the Department of Art, Department of Theatre and Dance, and the School of Music.

• University Provost Mark Byrnes, former dean of the College of Liberal Arts, who discussed the growing value of a university degree and a liberal arts education.

MTSU offers a broad range of degree tracks at a great value and has produced thousands of highly successful alumni, many of whom stay in the Middle Tennessee region and have great impact on the local, regional and statewide economy.

In 2017, MTSU alumni with bachelor’s degrees in Tennessee generated more than $3 billion in added business revenue, over $2 billion in personal income, $132 million in local and state taxes and 110,000 jobs, including those held by MTSU alumni. Learn more at www.mtsu.edu/liberalarts.

The CPM is among the locations included in Phase I of the Tennessee Music Pathways, a statewide initiative that identifies, interprets, promotes and preserves well-known and lesser-known music events, locations and stories across the state.

The pathways not only will feature an array of genres that include, but are not limited to, the seven musical genres — blues, bluegrass, country, gospel, soul, rockabilly and rock ‘n’ roll — that call Tennessee home.