Why you should join student media: Sidelines, MT10...

'MTSU On the Record' profiles ..

Why you should join student media: Sidelines, MT10News and WMTS 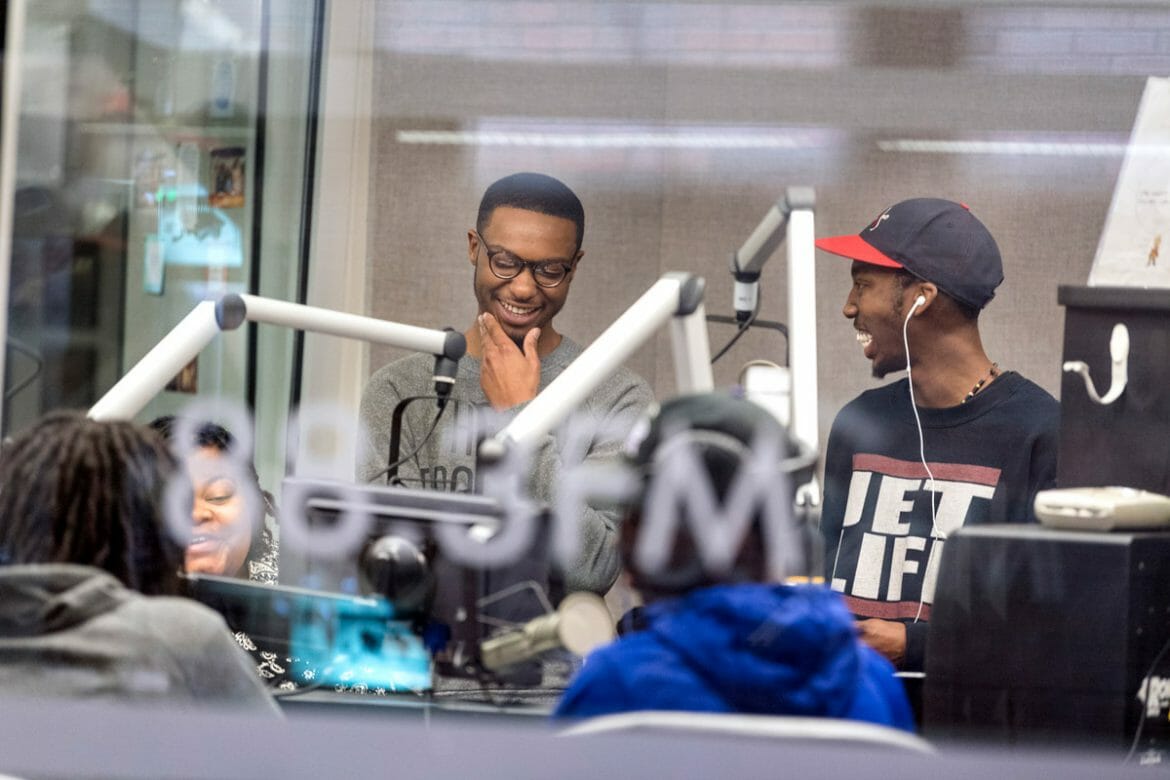 The load of homework and not having time to join student organizations is a struggle many college students deal with, but if you can balance it out, being a part of these groups can be very rewarding and help you build your resume before graduation.

Enhance your classroom learning skills early and make new connections by joining campus student media outlets. You don’t need to major in journalism, audio production, or anything in mass communication to join. All of the media organizations are open for anyone and run strictly by students.

The Center of Innovation in Media is where all of the student media takes places in MTSU’s John Bragg Building, part of the College of Media & Entertainment. So, do you like to write, produce stories, or just like talking on the radio? If so, it’s important to find what fits your interest and join in these student media organizations if you want to build clips with real world experience.

Sidelines was found in 1925, an editorially independent and student-run publication at MTSU. The publication is a digital daily media company that prints a news magazine six times a year. The columns they focus on are: campus news, entertainment, sports and other topics of interest to millennials and the public.

There might be multiple columns you would like to write for, so you could jump around to your own interest every week and cover stories instead of staying in the same beat. Sidelines gives students a real-world newsroom experience as reporters, photographers, editors, podcasters and video producers. There are management positions that students could work up to such as editor-in-chief, managing editor or sports, lifestyles, news and music editor.

It’s a good opportunity for journalism students to build up their portfolio with writing samples through Sidelines. You’ll be able to pitch stories of your interest, have strict deadlines, connect with people and cover stories outside of school. Regardless of what major or career path you choose, good writing and communication skills are important. Sidelines have meetings on Fridays at 2 p.m. in the CIM.

MT10News is a student-run television news station that airs live on UStream and broadcast in Rutherford County on Comcast channel 10. All of the shows go live on every Monday, Tuesday and Wednesday. MT10 provides news, sports and entertainment from MTSU, Murfreesboro and the surrounding area.

If you’re into broadcast news, you’ll have an opportunity to work on camera, behind the scenes, in a management position or in online positions uploading daily news. Some of the positions include: VO/SOT reporter, Associate Producer, Package reporter, Sports reporter, Videographers, production crew, General Manager, News Director, and of course management. The list goes on and there are positions you wouldn’t think exist unless you join MT10 to get more knowledge on how a newscast work.

MT10 gives students a chance to build up their newsreels and real-life experience while working on a tight schedule. Students could be creative and produce their own if it gets approved. Some of the shows are The Rise, MT at night, What’s up with Rachel and more. Meetings are held every night after a newscast in the control room at the Bragg building.

WMTS 88.3 FM (We’re Middle Tennessee State University) has been on the air since 1992 and is MTSU’s 680-watt radio station. WMTS is a student-run college radio that plays music ranging from eclectic, alternative rock, jazz, to hip-hop, urban, talk shows and more. The station produces a mix of music, news and student information. The station started off as an alternative music and news outlet, WNAR (We Need a Radio).

According to WMTS, the station continues that mission today, and is proud to be “Middle Tennessee’s only alternative to the corporate radio machine.” WMTS gives students the opportunity to share their voice with the broadcasting experience on air. Students are able to write album, concert or show reviews.

Another option would be the sister station on campus, WMOT, a professional station that students can intern and employ in. To request a song or questions, call WMTS request line at (615) 898-5051.

Whether you want to write for a news publication, be a reporter at a news station or have your own talk show on a radio, these media organizations offer unique hands-on opportunities and experiences that you won’t get by just taking classes. You’ll be able to have many networking opportunities with your peers, interviewees and professionals.

There are many perks to joining Sidelines, MT10News or WMTS that could help you share your passion with other students in the same field. Anyone who majors in Mass Communication should strongly consider becoming involved with the various campus media organizations because it’ll help you stand out more when applying for jobs when you graduate.  Many students who are involved have earned jobs as Emmy-winning news reporters, editors, producers and more.