Why you should join student me.. 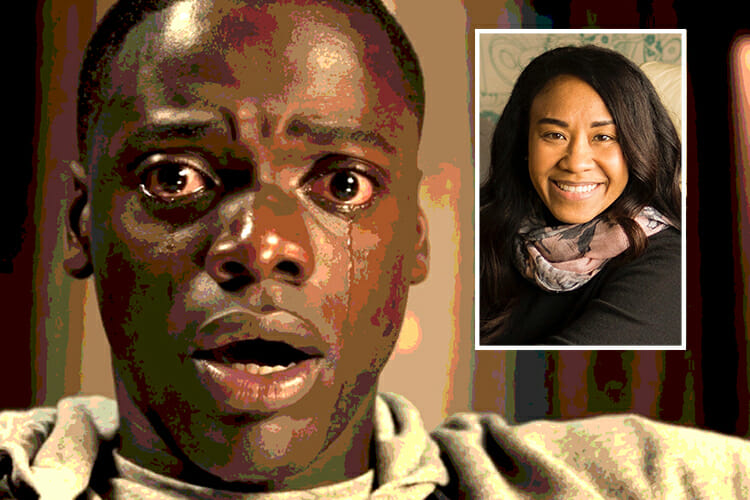 NASHVILLE, Tenn. — An MTSU researcher kicked off a series of science-themed motion pictures this month in Nashville.

Dr. Gloria J. Wilson, an assistant professor in the Department of Art and Design and a social science researcher, spoke March 6 after the screening of Jordan Peele’s award-winning movie “Get Out” at the Belcourt Theatre, 2102 Belcourt Ave.

“Get Out” was nominated for four Academy Awards: best picture, best actor in a leading role for Daniel Kaluuya, and both best original screenplay and best director for Peele.

Peele took home the best original screenplay award at the 2018 Oscars March 4, making history as the first African-American writer to win the category as well as becoming the third person ever to have his/her directorial debut appear in all three categories.

The movie tells the story of a young African-American man’s weekend getaway to meet his white girlfriend’s parents. “Get Out” also has won three 2018 NAACP Image awards and the 2017 Critics’ Choice Movie Award for best sci-fi/horror movie from the Broadcast Film Critics Association.

Wilson serves on the editorial review boards of “Art Education” and “The Journal of Social Theory in Art Education.” She also is the preservice representative of the National Art Education Association’s Professional Research through Learning group.

The recipient of a Fulbright scholarship to study art, education and culture in Tokyo and Ogi Saga, Japan, Wilson’s research topics highlight the intersections of racial identity and arts participation.

“Get Out” was the first film shown in the Belcourt Theatre’s fifth annual “Science on Screen” series. This year’s series also includes “Brazil,” “The Day the Earth Stood Still,” “Songcatcher,” “Big,” “Galaxy Quest,” “Voyage to the Bottom of the Sea” and “Wargames.”

For more information about the Belcourt’s series, visit the theater’s website at www.belcourt.org/events.