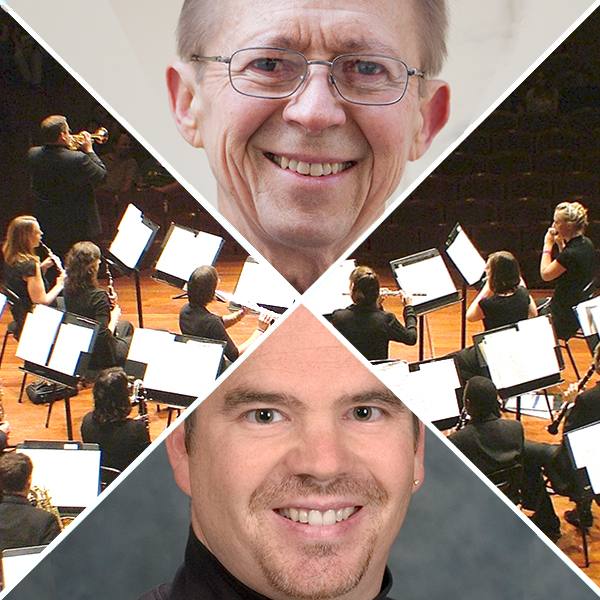 The MTSU Wind Ensemble’s reputation for excellence has attracted one of America’s most influential composers to campus for a week that will feature master classes with students and public pre-recording rehearsals of his pieces created especially for wind orchestras.

David Maslanka, a Massachusetts native renowned for his music for winds, is the university’s latest composer-in-residence, drawn by hearing the work of MTSU’s premier performing group for wind, brass and percussion students.

“They contacted us,” Dr. Reed Thomas, director of bands at MTSU, said of Maslanka and his team. “They’d been listening to our CDs and asked if we’d be interested in doing some recording of a few of his projects. We of course said we’d be honored to.”

He’s been a freelance composer since 1990 and has published nearly 100 pieces, including nine symphonies. Many of his works, including “A Child’s Garden of Dreams” and “Rollo Takes a Walk,” have become standards for bands.

The Wind Ensemble’s free public rehearsals for performances of Maslanka’s works will be held in Hinton Music Hall in the University’s Wright Music Building. The rehearsal schedule includes:

Along with “California” and “Alex,” the MTSU Wind Ensemble will be recording Maslanka’s “Saint Francis: Two Studies for Wind Ensemble” and “Angel of Mercy” during his campus visit. Composition students will be attending a master class with the composer at midday Monday, Oct. 24.

“The students are very excited about this opportunity,” Thomas said. “They were quite nervous when they first heard, because some of the compositions are more challenging than they may be accustomed to. They started practicing and put a lot of pressure on themselves to be perfect, but now they’re feeling more comfortable. I know they’re going to do great!”

The recordings will become part of the ensemble’s fourth CD for Naxos of America, the Franklin, Tennessee, U.S. headquarters for the Hong Kong-based Naxos classical music group.

MTSU’s Wind Ensemble released “Angels in the Architecture,” featuring works by composer Frank Ticheli and two of his mentors, Pulitzer Prize winner Leslie Bassett and 2007 Musical America Composer of the Year William Bolcom, in 2011. They followed that successful release in 2014 with “Earthrise,” which included works by British composers Nigel Clarke and Kit Turnbull and Spanish composer Jesús Santandreu, who earned his master’s degree from the MTSU School of Music.

Clarke is a previous composer-in-residence at MTSU and collaborated last year with Danish writer Malene Sheppard Skærved on “A Richer Dust,” his first symphony for a speaker and symphonic wind orchestra. Thomas and the Wind Ensemble commissioned Clarke to create the piece and premiered it in Hinton Hall in April 2015.

Dr. Reed Thomas, center, conducts the MTSU Wind Ensemble inside Hinton Hall in the Wright Music Building in this file photo. The orchestra is welcoming composer David Maslanka to campus Oct. 24-28 as composer-in-residence.