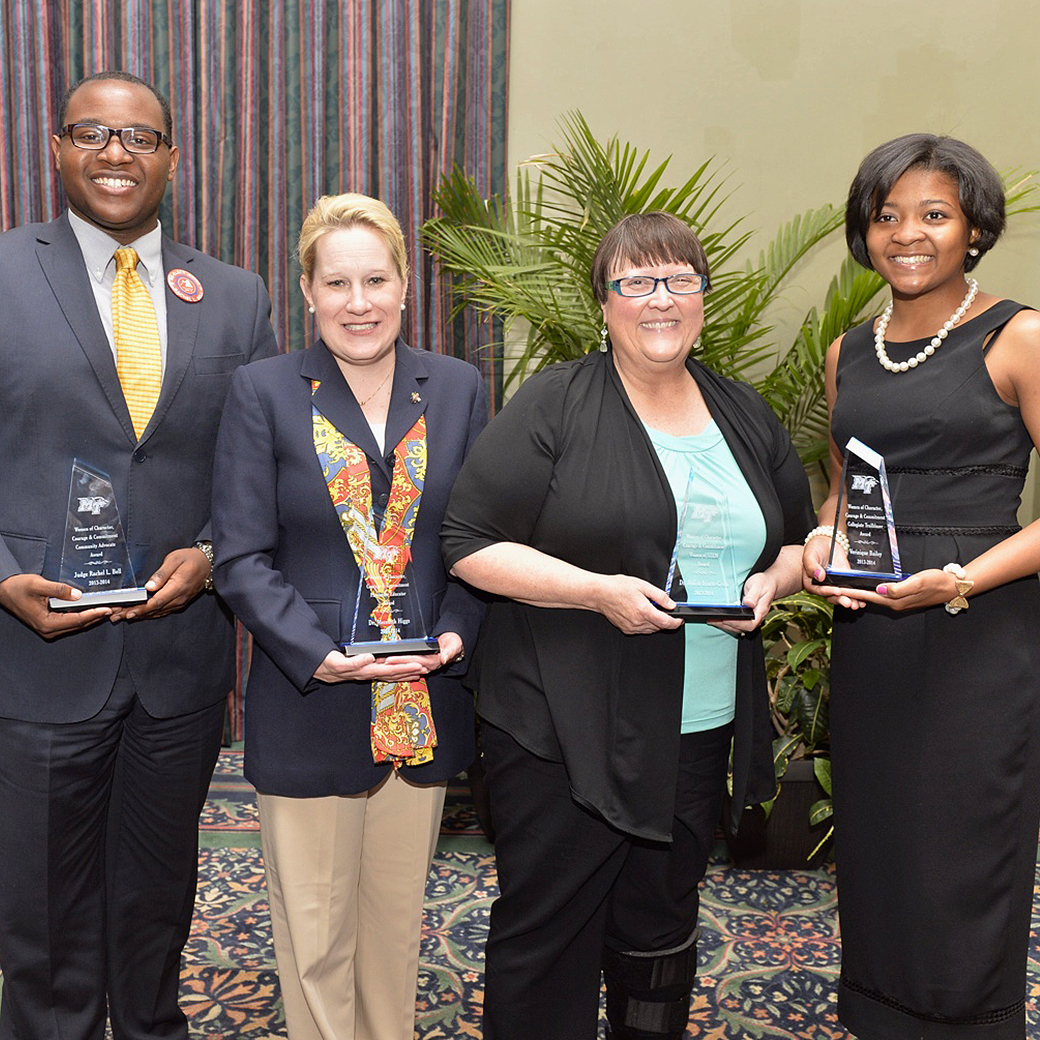 MTSU put the wraps on its National Women’s History Month celebration Saturday, April 26, by acknowledging area residents who stand up for women’s rights.

The inaugural Women of Character, Courage and Commitment Gala was held in the Tennessee Room of the James Union Building.

Women and men in the MTSU community, Murfreesboro and Rutherford County who have been advocates for women’s rights were honored, including:

• Dr. Judith Iriarte-Gross, MTSU chemistry professor, who received the inaugural STEM Award for outstanding service to women in the fields of science, technology, engineering and math. Her colleague Dr. Pat Patterson was nominated in the same category.

• MTSU junior Verinique D. Bailey of Smyrna, Tenn., who received the inaugural Collegiate Trailblazer Award as an exceptional contributor to women’s issues and advocate for women on the MTSU campus. Bailey is working toward a dual major in organizational communication and fashion merchandising. MTSU nursing major Brianne N. Knight also was nominated for this award.

The event was sponsored by the June Anderson Center for Women and Nontraditional Students.

For more information, contact Valerie Avent, assistant director of the center, at 615-898-5725 or valerie.avent@mtsu.edu.