‘MTSU On the Record’ analyzes housing discrimination’s impact on America

The tragic impact of housing discrimination and its toleration and promotion by the federal government was the topic of a recent “MTSU On the Record” radio program.

As part of the spring 2021 University Honors College lecture series, Woods delivered a presentation titled “Race and the Policy of Exclusion: Structural Racism and the Construction of Place” on Feb. 9.

For example, the Homeowners Loan Corp., which the federal government created in the 1930s, drew maps with what it called “infiltration sections,” a term used to describe areas where “undesirables” were moving in and causing “a hazardous bank investment.”

The HLC described one predominantly Hispanic area of Los Angeles as welcoming to the infiltration of “goats, rabbits and dark-skinned babies.”

“They also described it as ‘a semi-tropical countryside slum,’ and they said it was like the Army mule,” Woods said. “It had ‘no pride of ancestry or hope of posterity.’” 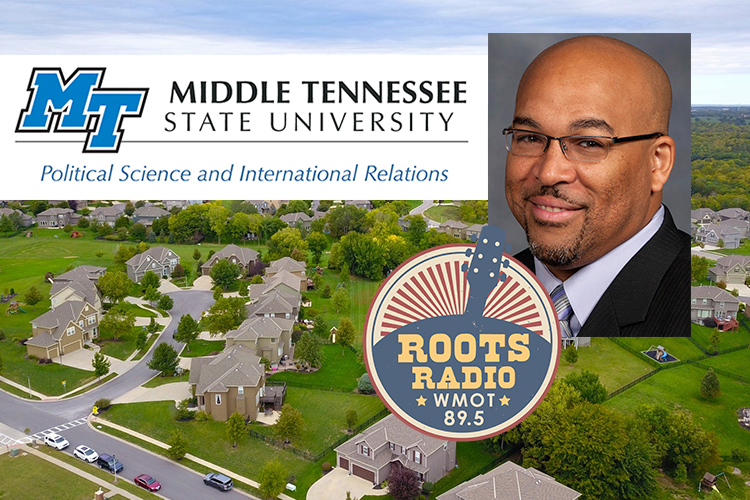 Systemic discrimination in the nation’s housing industry is the topic of a March 2, 2021, “MTSU On the Record” radio program on WMOT Roots Radio 89.5 featuring Dr. Louis Woods, an associate professor of history. (Background photo by David McBee/Pexels)