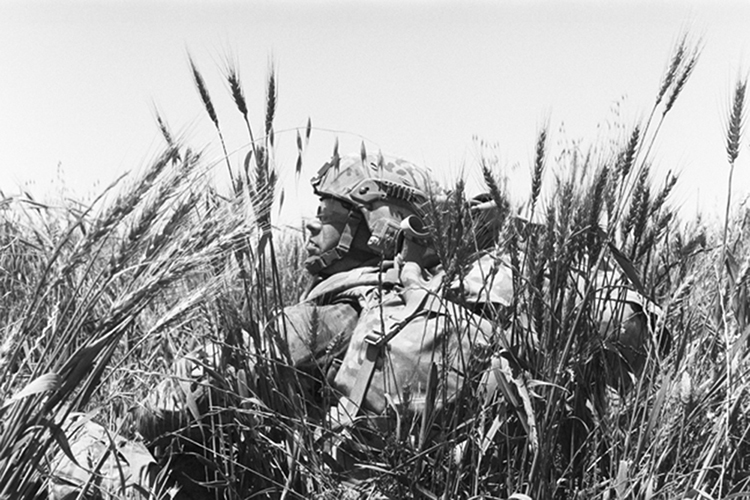 One of three writing communities initiated by an MTSU professor will share its creativity at the Frist Center for the Visual Arts in Nashville Friday, Oct. 13.

Members of Writer Corps, a student literary project focused on veterans and military family members, will perform a reading at 6 p.m. Oct. 13 in the Ingram Gallery of the Frist Center, which is located at 919 Broadway in Nashville.

The reading “will have a conceptual framework that highlights the similar roles hysteria, propaganda, misinformation and political agendas played in causing [World War I] and the American invasions and occupations of Iraq and Afghanistan,” said Dr. Matthew Brown, a lecturer in the Department of English and co-founder of Writer Corps.

Brown also is one of the guiding forces behind Nuestros Voces, a writing and resource acquisition group for Latino students and others interested in the Latino experience.

“As the group grows and as the attention paid to the group grows, it’s only a matter of time before it becomes more polyracial and multifaceted,” Brown said.

Participants in Nuestros Voces, which is Spanish for “our voices,” are encouraged to write in both languages to help them improve their writing skills.

“I’ll have everything on my mind set up in Spanish in the way I want it to sound, and I wish I could publish whatever I have envisioned in my mind in Spanish because it sounds so good,” said Mario Segoviano, a concrete management major from Murfreesboro, “and then, when I try to translate it, it makes no sense.”

Michelle Parkins, a lecturer in the Department of Theatre and Dance, said the local Latino population is “so scattered” that it needs a welcoming environment in which to come together.

Another group, the Lavinia Project, began holding meetings just last year. It is a creative writing group for survivors, witnesses and allies against sexual and domestic violence.

Staff Sgt. Tyler Parks of the 325th Tactical Psychological Operations Company (Airborne) hunkers down in a wheat field in Afghanistan to avoid enemy sniper fire in this photo by MTSU student Duran Bunch, which was on the cover of the MTSU Writer Corps’ inaugural literary magazine, “DMZ.” (Photo courtesy of Duran Bunch)