'MTSU On the Record' brings Af..

With assistance from dozens of volunteers, an MTSU School of Agriculture agritourism class planned and executed the return of the Ag Education Spring Fling for nearly 750 local school children.

The youngsters enjoyed a small taste of life on a farm — even a sample of MTSU Creamery chocolate milk — during each school’s two-hour field trip to the Tennessee Livestock Center Tuesday, April 12. Because of the pandemic, it was the first time since 2019 for the class to open the event to area schools. 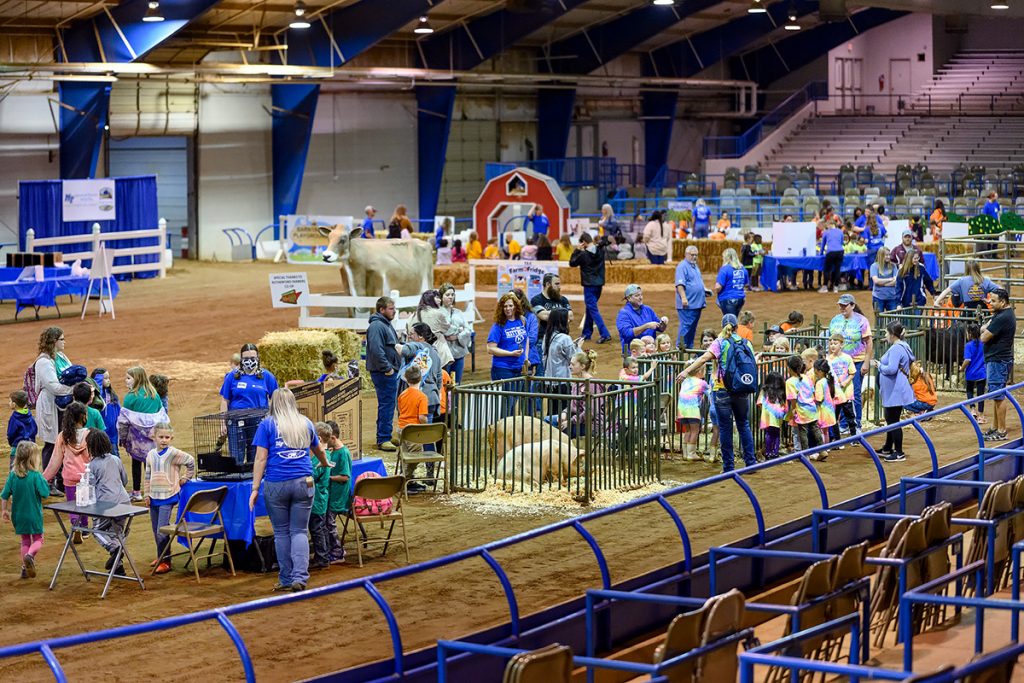 The field trip featured learning about tractors, bees producing honey and farmers calling it soil, not dirt. They enjoyed making a craft, running through a maze of hay bales, being in group photos and more.

Children could be heard making sounds like many of the animals: goats, a ewe lamb named Penny Lane and pigs. Also on display were dairy and beef cows, a buckskin quarter horse named Woodrow, Scooter the pony and more.

Kindergartener Bryson Vest, 6, of Woodbury, Tennessee, said what he enjoyed most was “all of it. And I got to ride on the school bus the whole way here.” Usually, he rides to school with his mother Courtney Vest, a Kittrell special education teacher’s assistant. 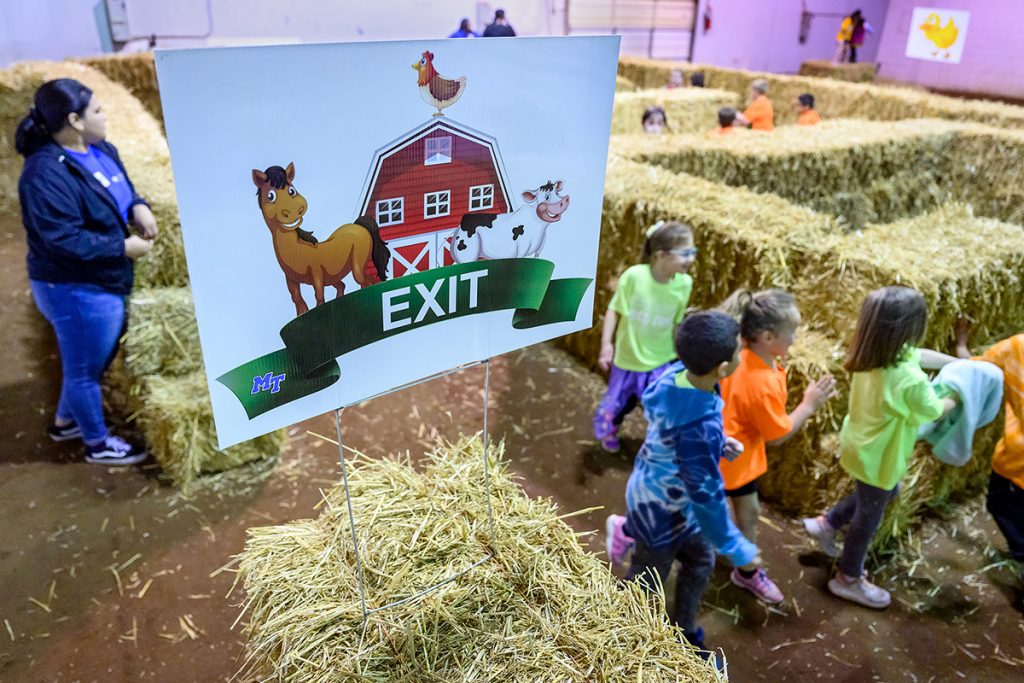 Area elementary school children enjoy an “amazing” experience in a maze made out of hay bales Tuesday, April 12, during the Ag Ed Spring Fling at the MTSU Tennessee Livestock Center. Youngsters learned about life on a farm and all agriculture has to offer. (MTSU photo by J. Intintoli)

Inside the main arena, Bryson Vest said he “enjoyed the animals,” especially the goats. “Yeah, they were awesome.” Twin brother Nolan Vest also attended with the Kittrell class.

“There has been a lot of planning and execution for this event,” said Savannah Scott, 20, a sophomore animal science major who is pursuing a minor in secondary education. “We do a lot of collaboration with the preparing of the crafts for the students.”

Instructor Alanna Vaught’s nearly 30-member agritourism class had a test run with the “Little Acres” area of the event, participating in the Adventures in Agriculture April 9 at Lane Agri-Park. Little Acres teaches them about vegetables, fruits and other farm aspects.

Tuesday’s event drew 75-plus volunteers, including members of the Woodbury FFA from Cannon County High School.

“We have a lot of volunteers here today,” Scott said. “It takes a lot of help to execute this event, and a lot of preparation.” They spent three hours Monday setting up two large areas in the livestock center.

By the time they boarded buses to return to their schools, agriculture-related goody bags — full of items provided by many sources for each child — awaited them. 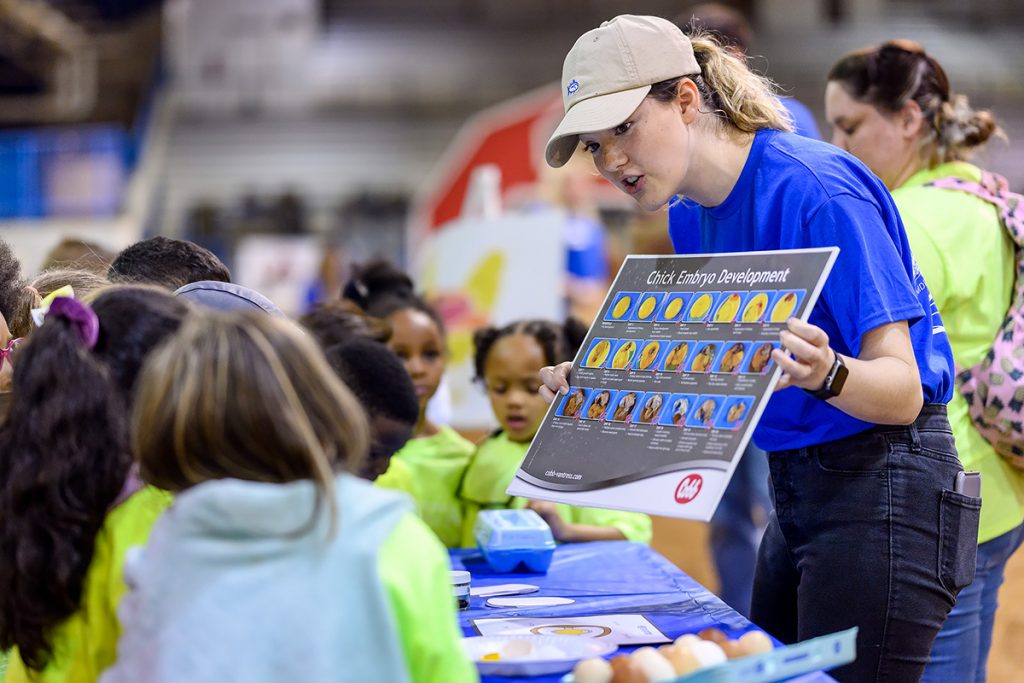