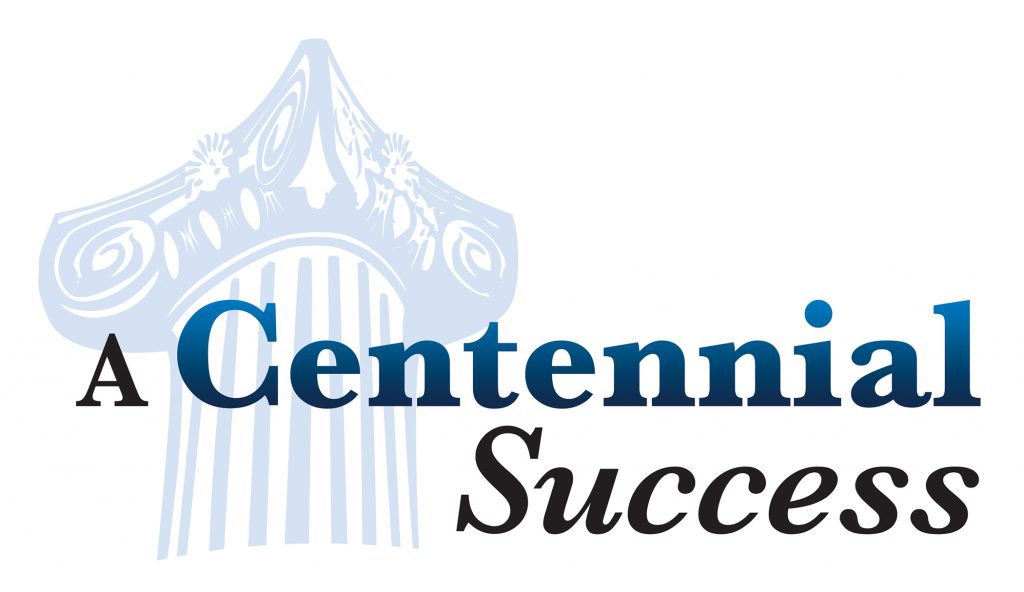 The University’s recently-concluded, $105-million fundraising campaign ranks among the most important occurrences at MTSU in decades

Given that MTSU is now more than 100 years old, it’s appropriate that the University recently raised more than $100 million in donations to support its ever-expanding mission to serve students.

MTSU officials raised more than $105 million in the Centennial Campaign, surpassing the $80 million goal set when the effort was announced in 2012. In fact, the $105,465,308 raised during the campaign, which concluded Dec. 31, 2015, represents the largest fundraising effort in University history, far surpassing a $30 million campaign
mark set in 2001.

“We launched this campaign in the middle of one of our nation’s biggest economic downturns and set a goal that many thought we could never reach under the best of circumstances,” President Sidney A. McPhee said during an event in February 2016 at Embassy Suites Murfreesboro to unveil the campaign’s results. “The fact that we met—and exceeded—our goal speaks to the commitment of the campaign’s volunteer leadership, the passion of our alumni, and the vision we set forward for the future of our great University.”

Gov. Bill Haslam praised the University in video remarks played at the February event, noting that “the momentum from this campaign will guarantee the continued growth and success for MTSU. It will help assure that MTSU will continue to prosper as a nationally acclaimed, comprehensive university.”

Haslam also lauded “MTSU’s leadership in student success initiatives, adult degree completion, creative partnerships, and outreach to veterans and military families” for helping in the Drive to 55, the state’s initiative to increase the percentage of Tennesseans with post-secondary credentials.

The far-reaching positive impacts that the $105-million campaign are having and will continue to have on students and programs is enormous and will go on for a long time. At its core are the generous donors that provided gifts, some as large as $10 million and some as small as $100, all of which are worthy of praise and thanks from the MTSU community.

The Centennial Campaign actually launched in low-key fashion on Jan. 1, 2009, as MTSU began preparing to mark the 100th anniversary of its 1911 founding. More than $54 million was raised during a three-year “quiet phase” of the campaign that ensued. That amount alone set a university record.

MTSU went public with the campaign on April 13, 2012, declaring a goal of $80 million and unveiling a $10 million gift by alumnus Andrew Woodfin “Woody” Miller of Nashville. Miller’s gift allowed MTSU to purchase the property once occupied by then-Middle Tennessee Medical Center just west of the campus on Bell Street. Now renovated, that 126,839-usable-gross-square-foot facility has not only expanded MTSU’s campus footprint, but also provided a dedicated space for educational and outreach efforts to the business community and community at large. 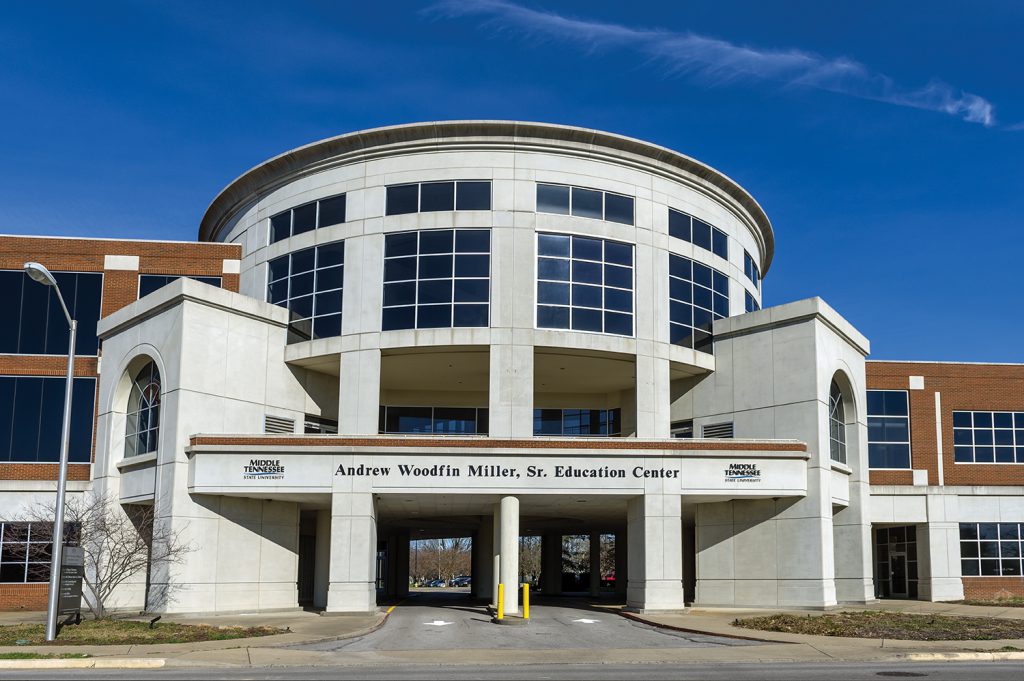 Joe Bales, vice president for university advancement and MTSU’s chief development officer, said the $105 million was the result of more than 111,000 separate gifts from 23,276 different donors.

“This campaign, though, was about more than dollars and donors,” Bales said. “It was about creating a vision for our University’s second century and giving our friends and supporters opportunities to help bring that vision to life.”

McPhee said many of MTSU’s most transformational gifts came about during the campaign’s four-year public phase, including the $7 million in private-donor support necessary to augment public funds for the $147 million, state-of-the-art Science Building that opened in October 2014. 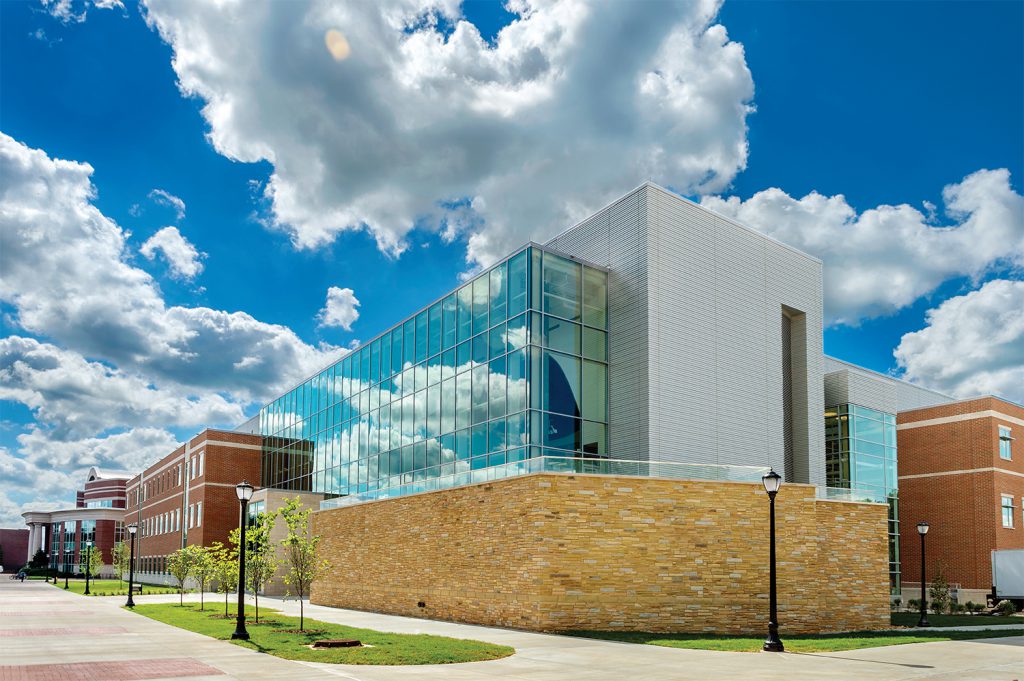 The new MTSU science building in a state of substantial completion starting the process of moving equipment and classrooms from Davis Science and Wiser-Patton.

Other successes of the Centennial Campaign include more than $27 million in new scholarship funds; a $2.5 million gift by alumnus Joey Jacobs, matched by the state of Tennessee, creating an endowed chair of excellence in accounting—the first new chair of excellence in Tennessee in more than 15 years; and the establishment of $28 million in planned estate gifts to provide support for many years to come.

Centennial Campaign projects in Blue Raider Athletics included the Jeff Hendrix Stadium Club that opened in 2012 and the Adams Tennis Complex that MTSU opened in 2015, built in partnership with the city of Murfreesboro and the Christy Houston Foundation. 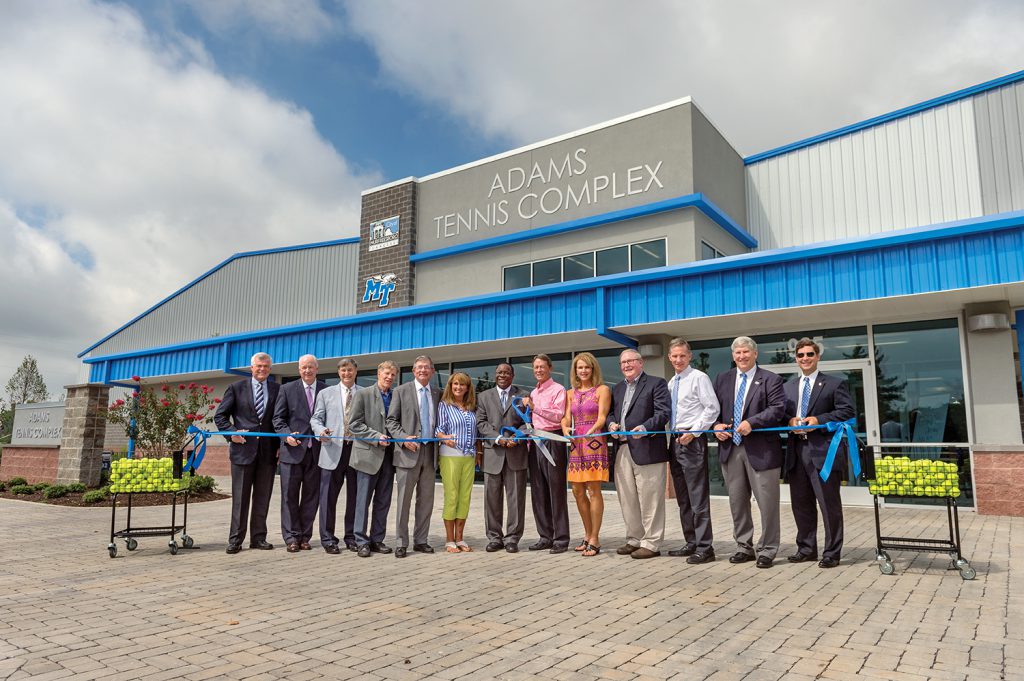 Campaign chair and MTSU alumna Pamela Wright, founder and CEO of Nashville-based Wright Travel, said she was proud to be a part of such a transformative effort for her alma mater. 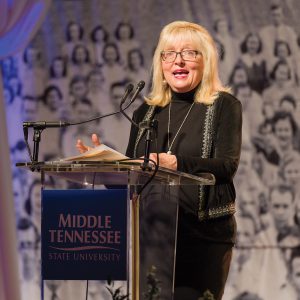 “We began this campaign as an opportunity to think about— and do something about—the future of Middle Tennessee State University,” Wright said. “Those who stepped forward in this effort have set our course for MTSU’s second century.”

Bales said the campaign exceeded its goal because of the work by Wright, her executive committee, and other MTSU advocates.

“This record-setting, history-making effort was a success because of the passion and commitment of our volunteer leadership,” Bales said.

by Patsy B. Weiler

Howard Wall and MTSU have a long history together—more than 70 years of memories and milestones. The successful real estate agent and developer earned his degree in 1963 from MTSU. In 1998, he was honored by the University with a Distinguished Alumni Award. Wall’s latest connection with the University is serving as a member of the Honors College Board of Visitors. 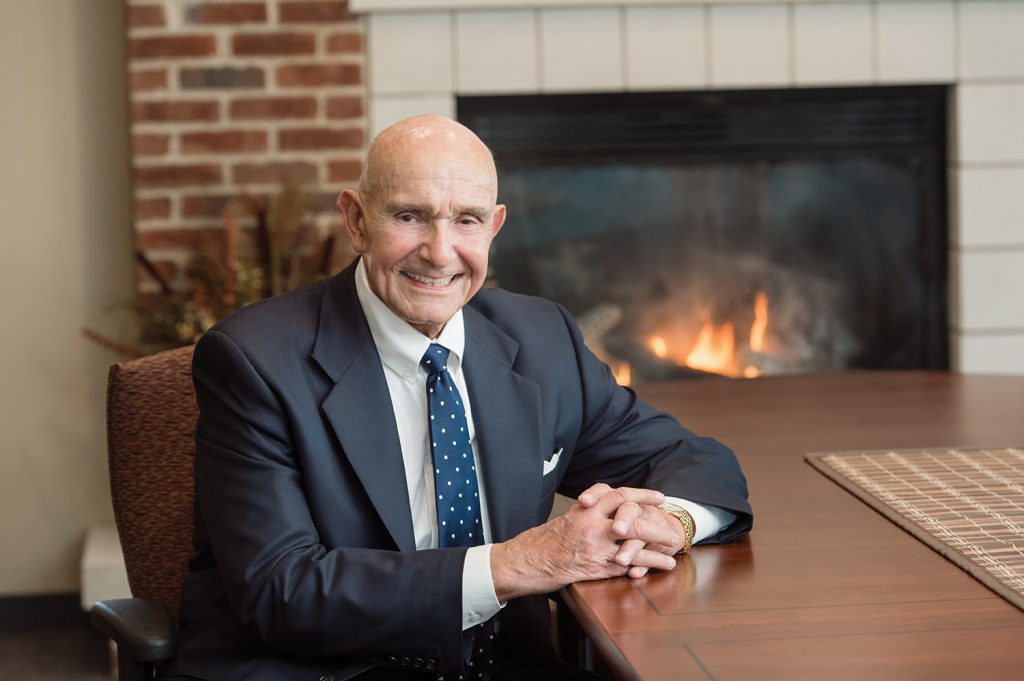 “MTSU has always been there, a part of my life,” said Wall.

The University served as the stage for many of Wall’s youthful adventures. Two indelible first experiences associated with MTSU were taking his first airplane ride and seeing his first football game.

“As a kid, I knew the location of a loose board in the fence around the football field near where a bush was growing and could squeeze through and get in to watch the game,” Wall said. “I think the coaches probably knew it was happening, but they never said anything.”

Wall has left his footprint as a developer throughout middle Tennessee on the grounds of various residential and commercial developments, including through his involvement in the early land acquisition of the Gateway area of Murfreesboro. Now in his mid-70s, Wall continues to work as a real estate agent and developer with Coldwell Banker Snow and Wall, Barnes Realty, a company he and his wife and business
partner Sally built together.

Wall’s philanthropy and service to MTSU is vast. The athletic staff’s past kindness to a neighborhood youngster eventually reaped a bountiful return when, among other gifts, Wall committed $100,000 toward the completion of the baseball program’s Reese Smith Jr. Field and stadium. A tall section of the facility’s wall behind center field reads “The Howard and Sally Wall,” in a slightly tongue-in-cheek manner that captures Wall’s famous sense of humor while honoring the family’s gift.

“One of the reasons I financially support MTSU—other than thinking it is just the right thing to do to give back to my community—is that I know a lot of those kids there are having to work their way through school,” Wall said. “These students are well-rounded, work hard, and have many interests…I love going to our meetings and learning about these outstanding students. They will become the leaders of future.”

A total of 23,277 alumni, friends, corporations, and foundations contributed to the success of the Centennial Campaign. In all, 364 gifts greater than $25,000 were received for a total of more than $53 million. The bulk of the gifts funded the campaign’s four priorities.

Scholarships: $27 Million
Maintaining our desired position as the institution of choice
in Tennessee requires the University to remain competitive in
recruiting future generations of student scholars.

Faculty Enhancement and Support: $15 Million
To ensure that our students continue to have opportunities to be guided by some of the nation’s leading faculty, MTSU established a cadre of endowed chairs and professorships.

Academic Program Enhancements: $19 Million
MTSU has remained committed to the education of our students, providing each and every student with access to the finest facilities, the most modern equipment, and the most innovative academic programs.

Blue Raider Athletics: $25 Million
The Blue Raider Athletics program is committed to providing the highest level of performance—on the field and in the classroom—uniting our community and promoting a sense of pride. We can only compete at the highest levels athletically by matching up against top-notch competition, improving facilities, and focusing on academic success.