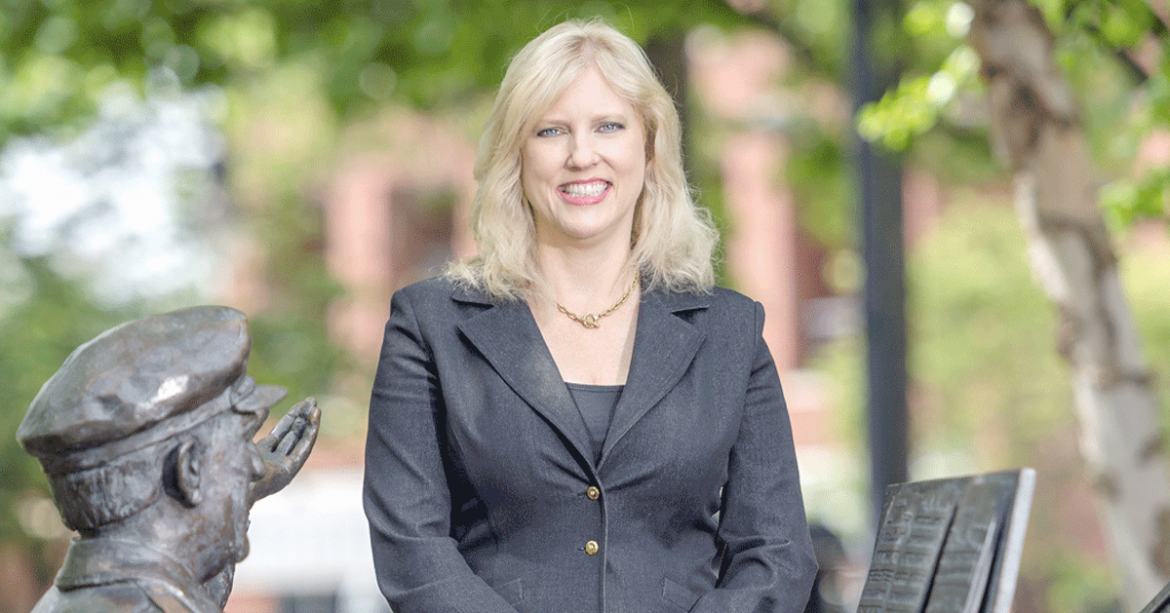 For two consecutive years—2015 and 2016—MTSU professor Beverly Keel (’88), chair of the University’s Department of Recording Industry, was among the honorees receiving a Women in Music City Award from the Nashville Business Journal.

Launched in 2015, the awards honor women working in the music business “who are making a creative and economic impact on the industry.”

Currently in her third year of leading the Recording Industry department within the College of Media and Entertainment, Keel continues to build partnerships between MTSU and music industry leaders to enhance the student experience, align them with jobs in the industry, and bring in accomplished guest lecturers and instructors on a routine basis.

Also a former entertainment journalist, Keel has made waves on the national landscape as the outspoken co-founder of Change the Conversation, a coalition created, in part, to help change the way that women are perceived in the country music industry.

MTSU Magazine recently sat down with Keel to discuss all the attention she’s been getting.

What led you to form Change the Conversation?

Let me start by saying that my concern about the unequal playing field for women in country music has since been far outweighed by the inspiration of women banding together to create a solution.

In 2014, women on Music Row were worried about the increased difficulty of getting women played on country radio, signed to record companies, or booked on some high-profile events.  I remember telling my friend Leslie Fram, Country Music Television’s senior vice president, that I wished I could do something about it. Unbeknownst to me, she was hearing the same sentiments from her good friend, Tracy Gershon, a veteran music executive who is currently vice president of A&R for Rounder Records and an artist manager.

Leslie suggested that we all get together to see if there was anything we could do to spotlight the problem and create a solution. The result was Change the Conversation, a group of women from various music backgrounds who are working together to improve the environment for women in country music.

What exactly are you hoping the group can accomplish?

We want to banish the myths and misperceptions that women don’t like to hear other women on the radio or support other female artists. We are working to create a set of facts that shows the realities of the success of women, whether it is through album sales, concert tickets, or alcohol sales at venues. We want to fight inequality with truth.

Let me stress: We don’t believe that women should be played on radio or signed to record deals just because they are women. It is that women who are of the same quality of the male artists—if not higher—should receive the same opportunities and participate on a level playing field. We believe that there shouldn’t be just a few predetermined slots for women at country radio.

How big of a problem is this really?

When Tracy was trying to get record deals for her female artists, several labels said, “We don’t sign females,” or, “We already have too many females and they are too hard to get on the radio,” or, “It is too hard to find songs for females.”

Meanwhile, women are making much of the best country music today, and that’s not just my opinion. According to the music industry voters of the CMA, Miranda Lambert made the best country album and country single and participated in the best vocal event of the year in 2014, while Kacey Musgraves co-wrote the best song. In the past three years, only three of the 15 artists nominated for the CMA’s best new artist award have been females. 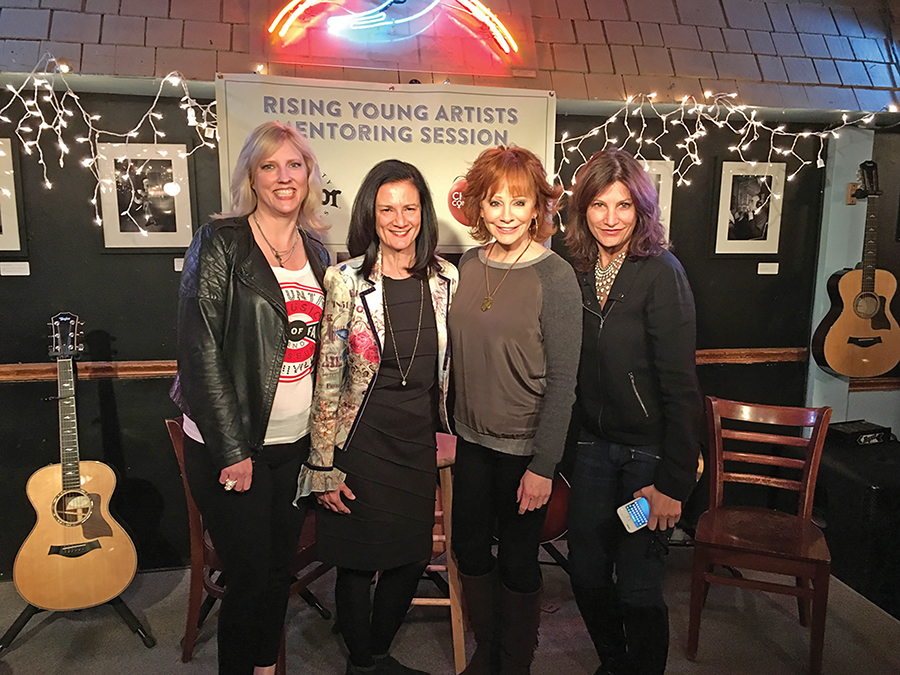 Explain to us why making an impact on radio is so crucial to your movement.

It’s important to note that this doesn’t affect just the women who are trying to make a living in country music, but it affects all women because music is an important force in shaping popular culture, which should reflect who we are as a society.

When women don’t hear other women on country radio, it takes its toll on our self-esteem, dreams, and ambitions. There is little that most women can relate to when listening to today’s country radio, and pop culture is important in shaping how we view ourselves.

Are you surprised at how impactful Change the Conversation has already been?

In late May 2016, we received a beautifully wrapped gift that couldn’t have come at a better time. Radio consultant Keith Hill told the trade publication Country Radio Aircheck that he advised radio stations not to play too many songs by women and not to play two women back to back. “If you want to make ratings in country radio, take females out,” he said, noting that female listeners like male artists.

“Trust me,” he said. “I play great female records, and we’ve got some right now; they’re just not the lettuce in our salad. The lettuce is Luke Bryan and Blake Shelton, Keith Urban and artists
like that. The tomatoes of our salad
are females.”

The story made national headlines and propelled our fight to the national stage. No longer could country radio deny what the problem was. Not only did he help galvanize a movement, he gave it a symbol. Martina McBride had shirts printed with the slogan “Tomato,” and even Rush Limbaugh weighed in on the unfortunate choice of the word “tomato.”

These comments were made the day before our third meeting, which was held at Creative Artist Agency and was attended by about 75 fired-up and passionate people. Soon after, Martina McBride held an intimate gathering for female artists and their managers at her studio in Nashville, so that they could ask questions and learn about Change the Conversation in a safe environment.

In June, about 80 people gathered at Sambuca in Nashville at a City National Bank-sponsored event to hear Devarati Ghosh, a New York-based political economist and Stanford University Ph.D. candidate, and author Jay Frank present research that they conducted for Change the Conversation.

One of our most exciting nights came last summer, when YouTube sponsored an event, and Madeline Di Nonno, CEO of the Geena Davis Institute on Gender in Media, presented the institute’s findings on gender prevalence in entertainment. Another event focused on live entertainment and attracted several hundred people at 3rd and Lindsley, where we all stayed for a show by Natalie Stovall and her guests.

But perhaps the highlight came in March, when Reba McEntire served as a special guest mentor for five young female artists at the Bluebird Café and offered advice
to those beginning their careers.

We have garnered substantial media coverage in music and country music publications, and Billboard said Change the Conversation began having an impact

on Music Row after only six months. It has brought a spotlight to radio programming, so they can’t ignore or dismiss the claims of inequality any longer.

This is about the young generation of girls who have dreams of having a career in country music. We want to improve the situation for them so that they’re not still battling this problem 10–20 years from now. 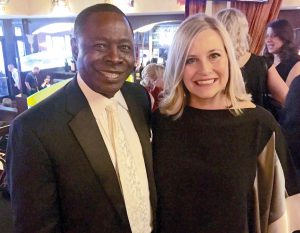 Almost 20 MTSU alumni or former students and faculty from around the University have been nominated for Grammy Awards in the past seven years. Eight have won Grammys so far, including some repeat recipients, in categories from classical to gospel to bluegrass. Few universities in America can boast such high-brow musical success.

In 2016, MTSU alumnus Luke Laird (’01) was again nominated for a Grammy award in the Best Country Song category for his song “Diamond Rings and Old Barstools,” written with Barry Dean and Jonathan Singleton and performed by artist Tim McGraw. Laird was nominated in 2015 for co-writing both Kenny Chesney’s “American Kids” and Eric Church’s “Give Me Back My Hometown.” Laird was also nominated that year for Best Country Album, as producer of Kacey Musgraves’ album, “Pageant Material.” Laird won the Grammy for Best Country Album in 2014 for co-producing Musgraves’ “Same Trailer, Different Park.”

Other Grammy nominees with MTSU ties in 2016 included Sam Hunt, who was up for Best Country Album for “Montevallo” and Best New Artist, and Eric Pasley, who was nominated for Best Country Duo/Group Performance for “The Driver,” along with Charles Kelley and Dierks Bentley. In 2015, “Messengers,” co-written by 2003 music business graduate Torrance Esmond—known professionally as Street Symphony—and former MTSU student Lecrae Moore for Moore’s latest album, won a Grammy for Best Contemporary Christian Music Performance/Song. Esmond later established the Street Symphony Scholarship, a $750-per-semester award for MTSU recording industry students. Former student Jaren Johnston was also nominated in the Best Country Song category in 2015 as a co-writer on “Meanwhile, Back at Mama’s,” performed by McGraw. 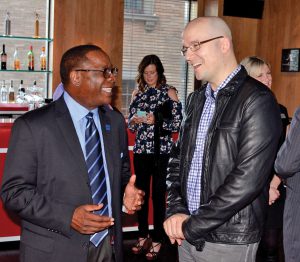 MTSU President Sidney A. McPhee, left, chats with alumnus, Grammy-winner and 2016 Grammy nominee Luke Laird at a reception held Sunday in his honor in Los Angeles by the MTSU College of Media and Entertainment as part of the Grammy weekend festivities in Los Angeles. (MTSU photo by Andrew Oppmann)

Laird earned his MTSU music business degree in 2001 and has had more than 14 No. 1 singles since he signed his first publishing deal in 2002. He’s written 20 Billboard No. 1 hits and was recently named BMI’s Songwriter of the Year and the Academy of Country Music’s songwriter of the year. MTSU honored him at a special reception in Los Angeles held the day before this year’s Grammys event. President Sidney A. McPhee, Media and Entertainment college dean Ken Paulson and Beverly Keel, chair of the Recording Industry department (who taught Laird while a student) were in attendance.

Laird, in thanking MTSU for the recognition, talked about the encouragement and support he received from the faculty while he was a student. “The people there encouraged me, still to this day,” Laird said. “My time at MTSU is a time I look back on very fondly.” 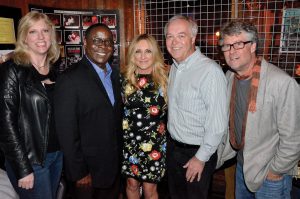 For three consecutive years from 2014 through 2016, MTSU has been among the only universities represented at the Grammy event. For the past two years, MTSU has been a presenting sponsor of a Leadership Music alumni reunion held at the legendary Troubadour nightclub near the site of the Grammy telecast. This year, MTSU joined Nashville’s Americana Music Association in paying tribute at that event to late Eagles co-founder Glenn Frey. Bonnie Raitt and Lee Ann Womack were among the artists on the bill for the pre-Grammy concert. The day before that event, McPhee, Paulson, and Keel held a reunion with alumni, supporters and friends of the college—including Nashville Mayor Megan Barry—at Rock’N Fish Restaurant.

“MTSU’s increasing presence at the Grammys as been noticed and appreciated, not only by our alumni but others in the recording industry,” McPhee said. “We’ve planted the True Blue flag in a very visible location.”

Even the actual Grammy telecast had a True Blue connection, as MTSU alumnus Garry Hood (’77) once again served as the head stage manager for the Grammy ceremony.