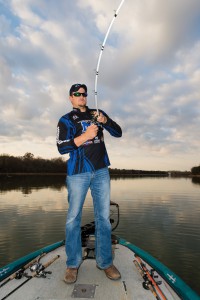 Few Blue Raiders are aware that among MTSU’s myriad club sports is a bass fishing team that competes regionally against programs like Kentucky and Florida. Currently led by fifth-year senior Nolen Spencer (pictured), the team recently beat out more than 40 other squads (including the University of Kentucky) for first place in a Collegiate Bass Fishing Trail tournament on Chickamauga Lake. Spencer and partner Jonathan Reese caught a five-bass limit weighing 19.02 pounds at the November event, winning $1,000.

More than 200 collegiate bass fishing teams exist nationwide—a clear reflection of how fast the sport is growing. Modern bass fishing has evolved into a multibillion-dollar industry with more recreational participants than golf and tennis combined. The sport is becoming so popular on campuses that many high school students take bass fishing programs into consideration when making their college choices. Across Tennessee, college-based programs are ramping up to meet that demand. Bethel University offers scholarship money to college anglers, and Tennessee Tech boasts more than a dozen university-owned boats. (MTSU anglers, by comparison, use their own boats to compete.)

Spencer, who aims to find employment in the outdoors industry after graduation, hopes the future is bright for the club he helped found. 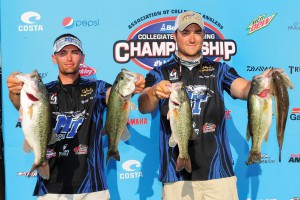