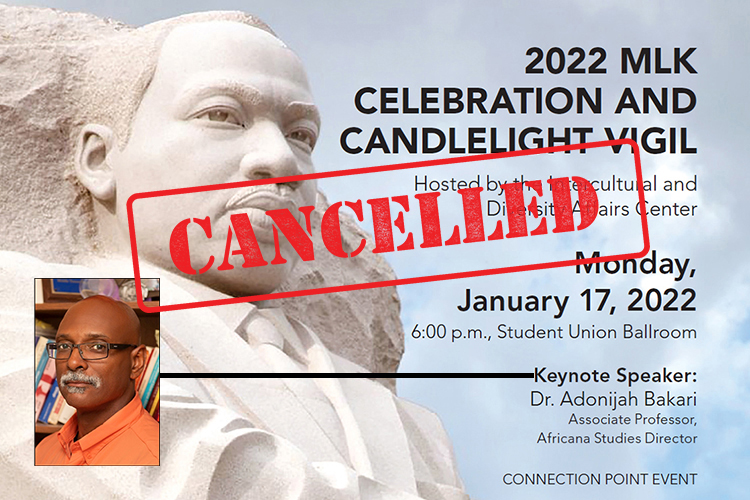 MTSU’s 2022 MLK Celebration and Candlelight Vigil scheduled to take place Monday, Jan. 17, has been cancelled due to inclement weather.

In its place, MTSU will be rebroadcasting last year’s virtual event beginning at 6 p.m. on the university’s Facebook page, YouTube channel and on True Blue TV.

The Intercultural and Diversity Affairs Center hopes invites the campus and wider community to join in watching last year’s event in celebrating the life, legacy and contributions made by Dr. Martin Luther King Jr.

Organizers are anticipating having this year’s scheduled keynote speaker, Adonijah Bakari, associate professor of history and director of the Africana Studies program, give his remarks during Black History Month. Stay tuned for details.

Middle Tennessee State University will observe the 26th anniversary of Martin Luther King Jr. Day, and a special evening ceremony and traditional candlelight vigil will be held in honor of the slain civil rights leader.

The special event, which is free and open to the public, will begin at 6 p.m., Monday, Jan. 17, weather permitting, in the Student Union Ballroom. A searchable campus map is available here. 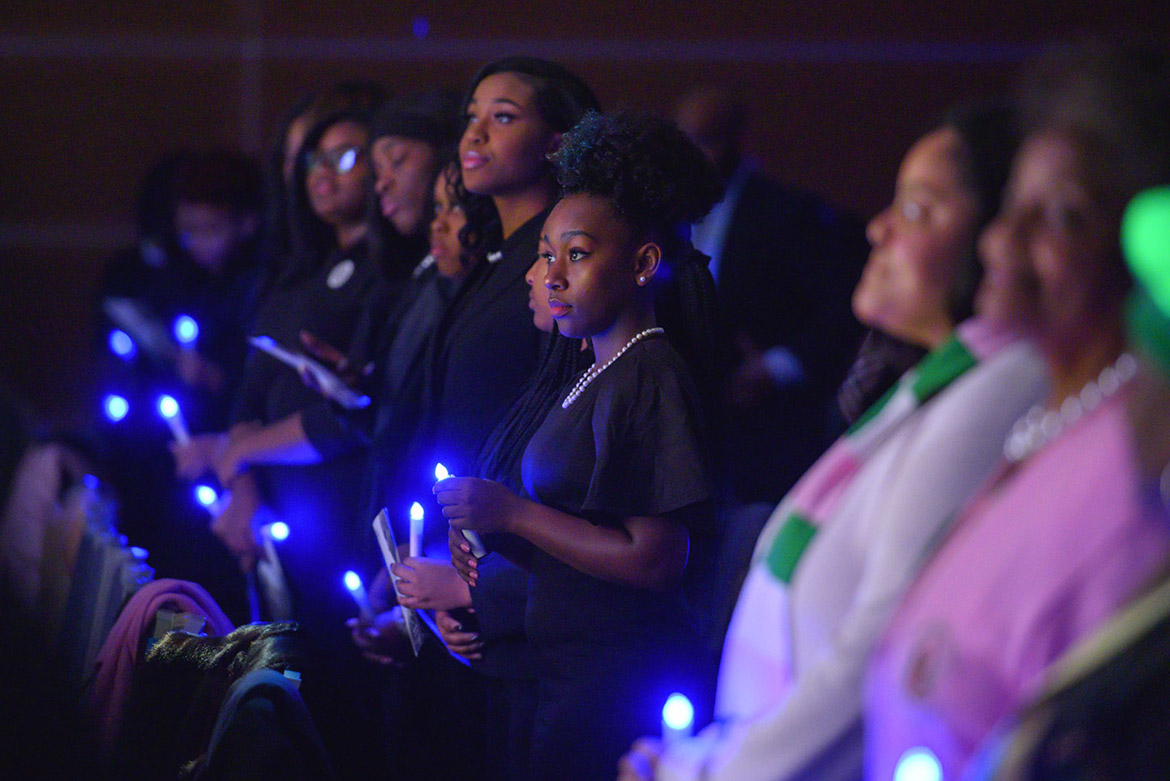 With inclement weather possible, Daniel Green, director of Intercultural and Diversity Affairs at MTSU, said university officials will be watching road conditions throughout the weekend and will notify the public if the event is canceled.

Adonijah Bakari, an associate professor in history and Africana Studies director, will deliver the keynote address.

“Dr. King’s life mission of equality and unity rings more true today than ever,” Green said. “Things have changed, but more work needs to be done. Hate needs to be replaced with love and, over the years, we hope this comes to fruition.

“It’s a very significant celebration — not only a candlelight ceremony, but a celebration to continue to honor Dr. King’s legacy. His mission was so noble and tangible and meaningful that it made it easier for others to rally around him. Today, we will stand up and rally as we celebrate his holiday.”

The ceremony will include a tribute to King and his wife, the late Coretta Scott King, recorded gospel choir performances, and an appreciation of MLK’s legacy through historically black colleges and universities.

After the ceremony, the candlelight vigil will commence with a musical performance, a children’s tribute to MLK and a recitation of MTSU’s True Blue Pledge, which is celebrating its 10th anniversary. 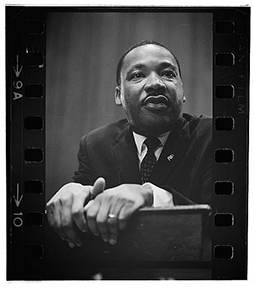 MTSU students and others will celebrate the life and memory of Dr. Martin Luther King Jr. at 6 p.m. Jan. 17. (Photo courtesy of the Library of Congress)

The Rev. Martin Luther King Jr., who was inspired both by his Christian faith and by civil disobedience tactics employed by Indian leader Mohandas K. Gandhi, led marches and demonstrations that promoted the dissolution of legally enforced racial segregation in public accommodations. His work and that of his followers prompted Congress to pass the 1964 Civil Rights Act and the 1965 Voting Rights Act.

After speaking to sanitation workers who were striking for better wages and working conditions in Memphis, Tennessee, on April 4, 1968, King was assassinated as he stood on the balcony of the city’s Lorraine Motel.

On Nov. 21, 1983, President Ronald Reagan signed the law creating Martin Luther King Jr. Day as a national celebration of King’s birthday; the first observance was on Jan. 20, 1986. King was born Jan. 15, 1929. The holiday is celebrated on the third Monday in January each year.

The occasion is a Connection Point event for MTSU students. It also is held in collaboration with the National Panhellenic Council.

For more information, visit the city of Murfreesboro’s website at https://murfreesborotn.gov. 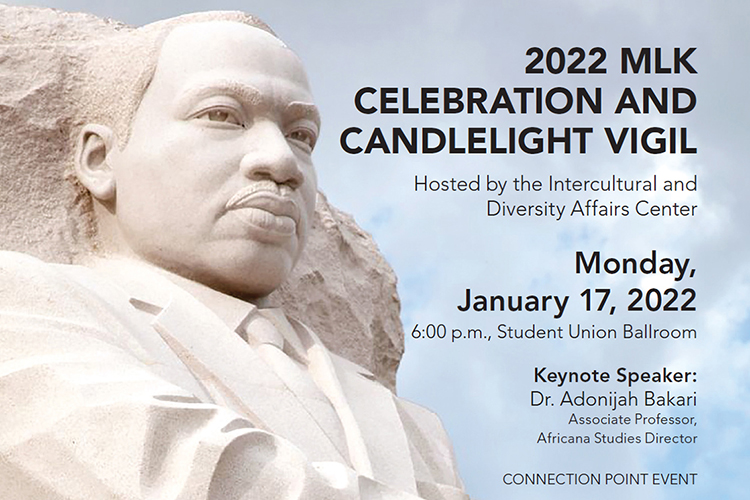