‘Saddle Up’ for family fun thi..

You could call it “Chicken Row” on one side of the main arena. From incubation to newly hatched to fluffy baby chicks to grown fowl, the full life cycle of the farm animal was on display. 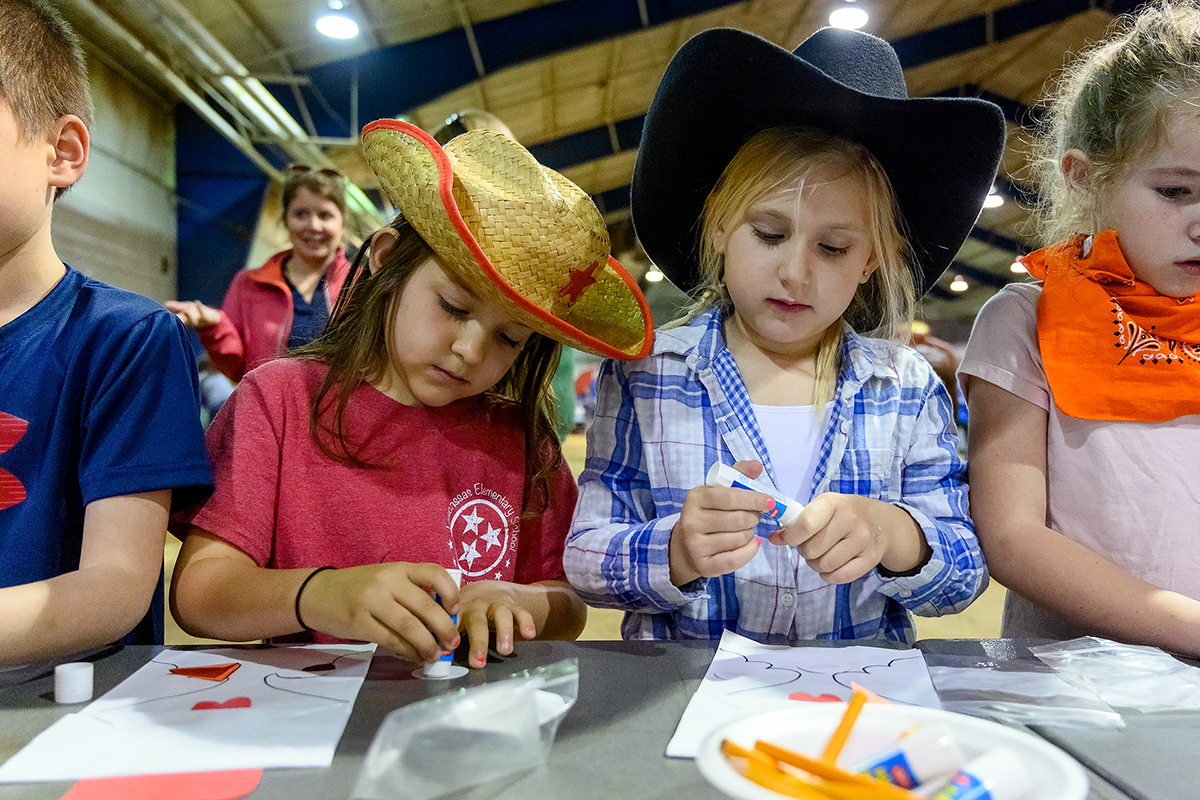 Nearly 900 children experienced the fifth annual agricultural field trip offered for area schools, where youngsters who’ve never been to a farm, like Leah Leavy of Murfreesboro, can experience nearly every aspect of farming under one roof.

They were joined by teachers, parents and about 80 MTSU agritourism class members and agriculture students from MTSU and Smith and Cannon county high schools, who kept things hopping in the livestock center.

Leavy, 6, a first-grader at Lascassas Elementary, said the event “was a lot of fun” and she enjoyed “everything.” Her father, Keith Leavy, pointed out her real favorites, though.

“She loves the chicks,” he said before urging her to catch up with her classmates, who were heading to another area. 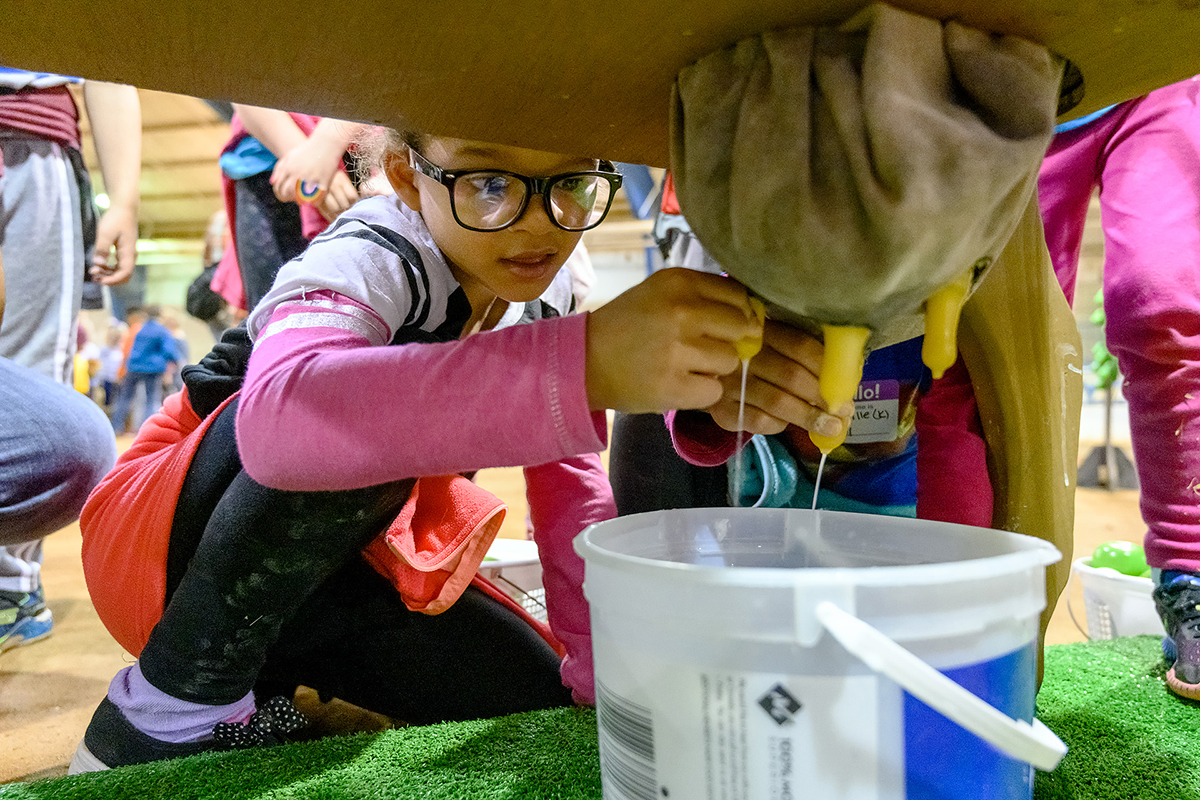 Tractors, bees and honey, the “Little Acres” featuring a milkable replica of a cow, MTSU Creamery chocolate milk, and a popular new “corn pool” area with thousands of kernels of corn filling kiddie pools in the Barnyard Playground were among the numerous stops for the youngsters to enjoy.

They could also watch “Cracker Jack,” a beef cow, relaxing on sawdust and munching on straw, and offer “Gus,” an 8-year-old horse, plenty of love and attention.

In the “Little Acres” area, where children could pick fruits, vegetables and other items, one happy youngster said he’d been picking bananas. (There were pears, apples and eggs, but no bananas “growing” on this farm this year.) 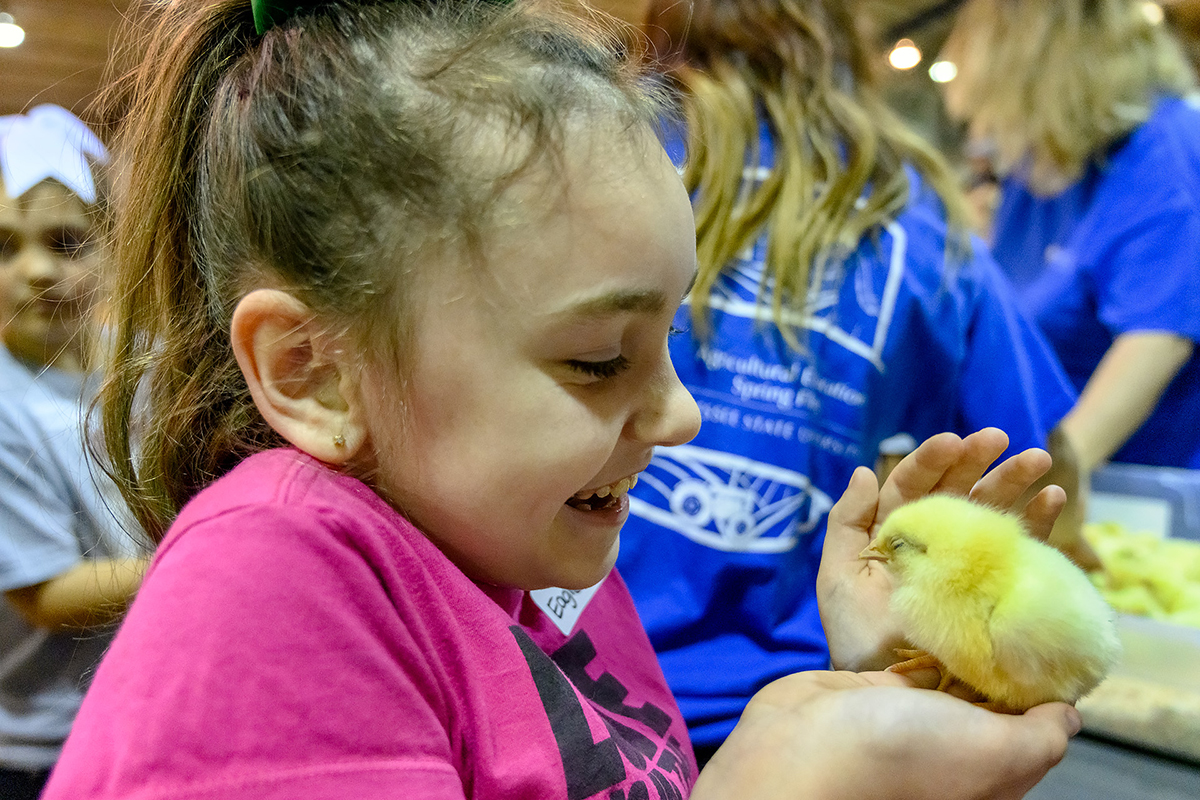 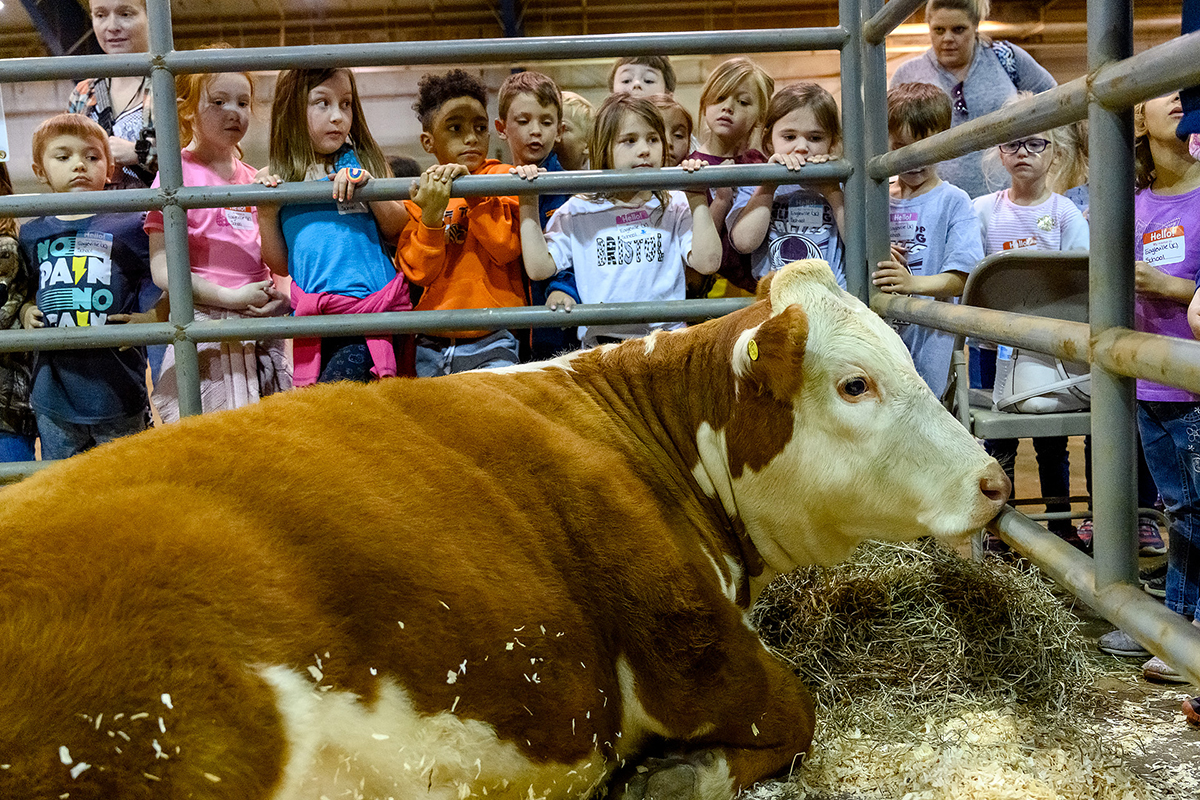 Children from several area elementary schools look on in awe as “Cracker Jack,” a beef cow, relaxes in his pen  Tuesday, April 16, during the fifth annual MTSU Ag Education Spring Fling in the Tennessee Livestock Center. The children learned about life on the farm during the field trip. (MTSU photo by J. Intintoli)