In the News: Milk, trade relat.. 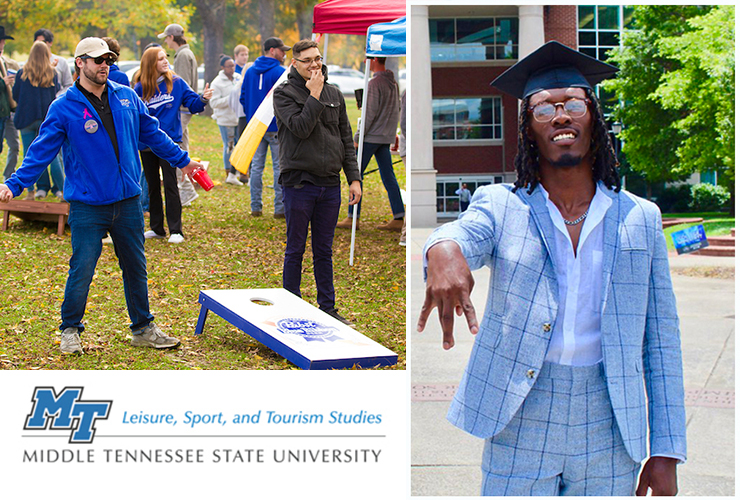 MTSU students will raise money at an upcoming football game to honor a former player whose life was cut short in a tragic accident.

“Aim for Archer,” a cornhole tournament to raise scholarship money, is scheduled for 10 a.m. to 3 p.m. Saturday, Nov. 16, in Walnut Grove on the MTSU campus. The entrance fee will be $30 for each team of two. First prize will be $400.

The event is being held in memory of Brandon Archer, an MTSU graduate who drowned Sept. 2 during a canoeing trip on the Buffalo River near Lobelville, Tennessee. He was 21 years old and would have turned 22 on Sept. 3.

Joey Gray, director of the Leisure, Sports and Tourism Studies program at MTSU and a professor in the Department of Health and Human Performance, and the students of her program planning class are organizing the event. She said Archer was in the same class last fall.

“He was a great student, always smiling and willing to help,” Gray said. “In this class, there are always a few students that I depend upon, and Brandon was my right hand man for his event. It only seems fitting to honor Brandon in this way.” 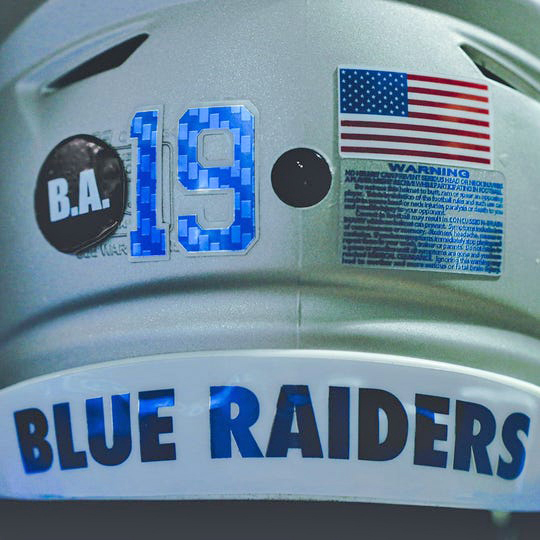 The MTSU Blue Raiders are honoring former player Brandon Archer with a custom “B.A.” decal on the back of their helmets. Archer drowned in early September during a canoe trip on the Buffalo River. (Photo by MT Athletic Communications)

Archer, who played safety for the Blue Raider football team, was a native of Memphis, Tennessee. His fellow players have been wearing a “B.A.” decal on their helmets this season to honor him.

A member of Alpha Kappa Psi fraternity, Archer graduated from MTSU with a bachelor’s degree in leisure, sport and tourism studies in May 2019. As part of his studies, he and his fellow students helped raise money in 2018 for Homes for Our Troops, a nonprofit organization that builds houses for veterans. 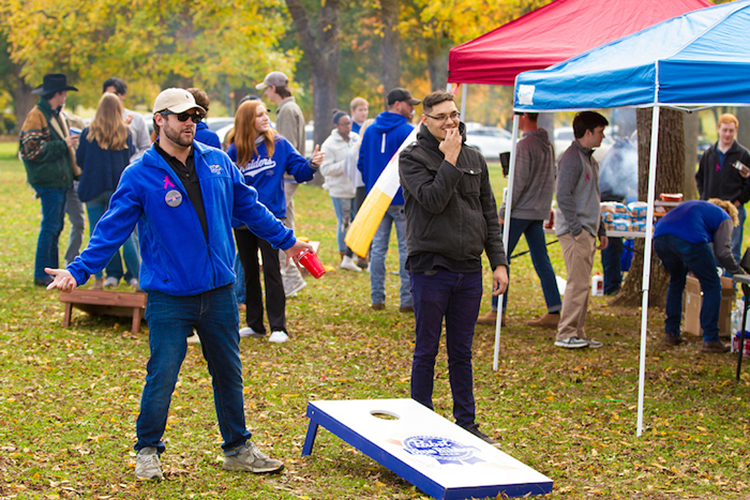 In this 2018 photo, MTSU students relax as they play Cornhole and tailgate in Walnut Grove, hours before the Blue Raiders play rival Western Kentucky. (MTSU file photo by James Cessna)