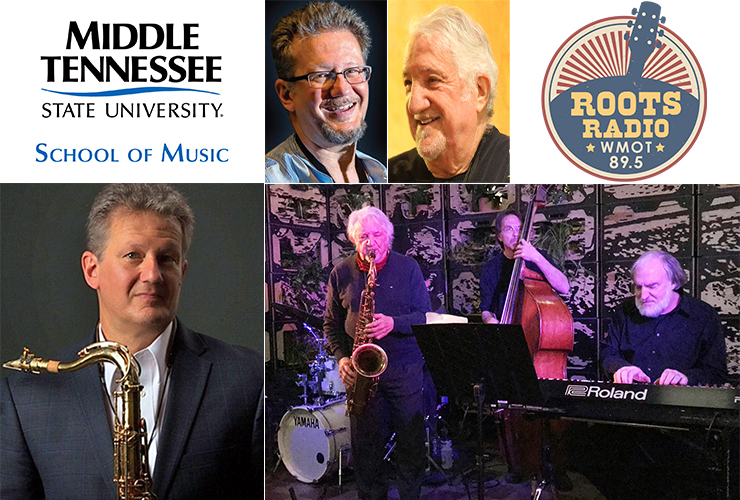 Two family members expressed their shared love of music and their love for each other on a recent “MTSU On the Record” radio program.

You can listen to their conversation via the SoundCloud link below.

In addition to teaching budding musicians at MTSU, the younger Aliquo has performed with numerous important artists including Gary Burton and Roger Humphries.

His 2019 recording of “The Innocence of Spring” with pianist Michael Jefry Stevens at Hinton Hall was nominated by jazz critic Ludwig van Trikt for National Public Radio’s top 10 jazz recordings of that year.

Aliquo Sr., who continues to perform at age 93, has shared the stage with such luminaries as Tony Bennett, Lena Horne, image7Mel Torme, Johnny Mathis and Woody Herman.

In 2016, the Aliquos recorded “Fathers and Sons,” a CD of standards, spirituals and original compositions with other musician fathers and sons who perform in and around Pittsburgh.

“I remember him working all day teaching and then go out and play a gig that night or play a show or something,” the younger Aliquo said of his father. “He was always busy playing music so that taught me a lot about his commitment.”

I said, ‘Well, I’m going to introduce him to some serious jazz players,’ which I did, and, from that point on, he just took it and ran with it.”