Tenpenny, a member of MTSU’s Class of 2005 and director of international health with Samaritan’s Purse, is leading a 72-member team that opened an emergency field hospital in Central Park on Tuesday, March 31. 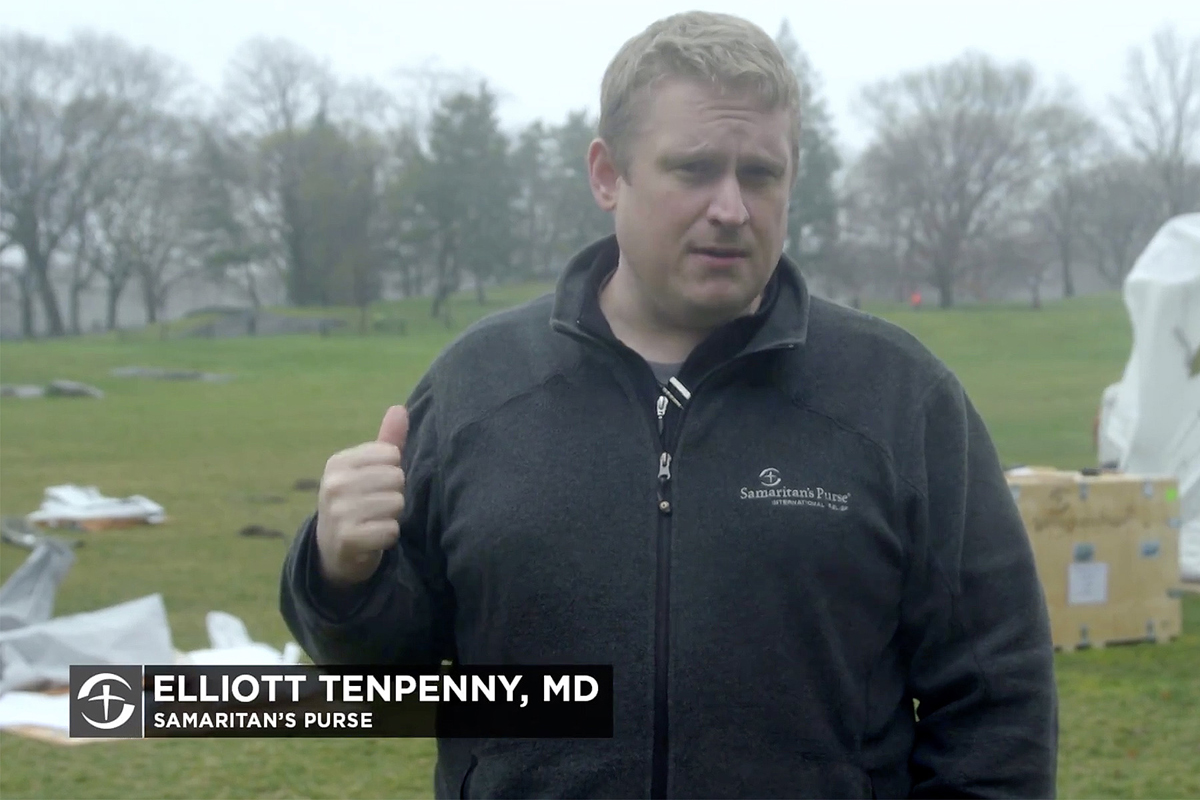 It is a 68-bed facility with 10 ICU beds, Tenpenny, 37, said in a one-minute video released by the Boone, North Carolina-based Samaritan’s Purse, a Christian humanitarian organization.

Tenpenny, a Murfreesboro native and former medical missionary in Congo, is among the doctors, nurses, lab technicians and other support staff who were deployed to New York, where the coronavirus pandemic has overwhelmed the local medical capacity.

“Our goal is to have this operational in 48 hours, as the city of New York and the federal government have asked us to respond as quickly as possible,” Tenpenny said as the setup began Sunday, March 29.

“Samaritan’s Purse, in cooperation and partnership with the Mount Sinai Hospital, have been coming together to get all permissions needed to ensure this (field) hospital goes up as quickly as possible,” added Tenpenny, who earned his bachelor’s degree with a major in biology, minor in chemistry and concentration in physiology before ultimately deciding to pursue medicine.

Franklin Graham, son of the late evangelist Billy Graham, is president and CEO of Samaritan’s Purse, but Tenpenny became the face of the organization on-site, on its video and in NBC News coverage featuring him and nurse practitioner Shelly Kelly of Tulsa, Oklahoma.

Tenpenny told NBC reporter Janelle Griffith that Samaritan’s Purse “looks for where the need is greatest around the world. Right now, that happens to be New York City.”

The organization recently built another field hospital in Cremona, Italy, near Milan, another COVID-19 hot spot. Tenpenny said this is the first time Samaritan’s Purse has two emergency field hospitals running at the same time.

“We’re looking for those needs and want to respond to those as quickly as possible,” he told NBC News. 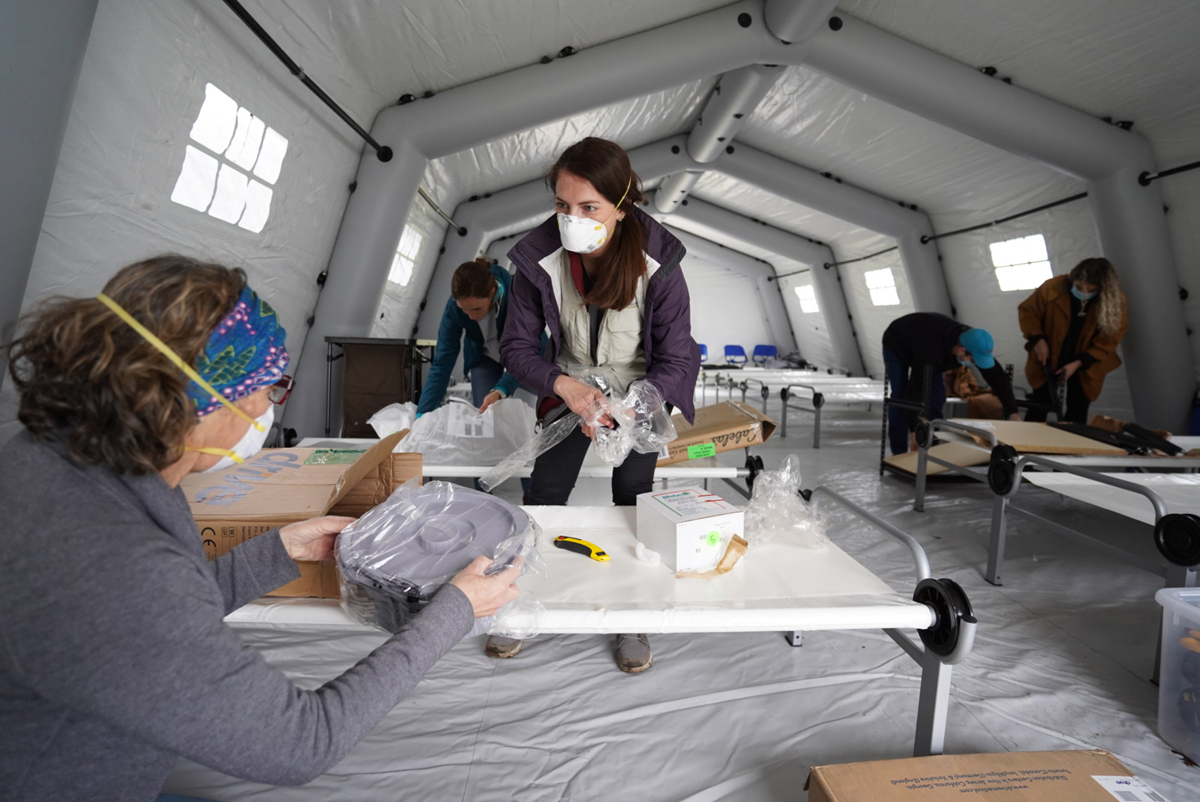 The Central Park field hospital will feature 60 to 70 medical staffers, including nurses. Tenpenny said he anticipates nurses will outnumber doctors.

“The truth is, no one knows how big this need is going to be or how long it’s going to be present for,” Tenpenny told NBC News.

“Honestly, we hope it’s very short and that New York City isn’t suffering from this for very long. But we’re here for as long as the need exists.”

Concluding the organization’s video, Tenpenny asked viewers to “please pray for the city of New York as the people here battle against this COVID-19 outbreak. We thank you for your prayers and support.”

Tenpenny’s medical resume includes a chief residency in emergency medicine at the Mayo Clinic in Rochester, Minnesota; service as a missionary doctor with CME Nyankunde Hospital in Congo and Pioneer Christian Hospital in the Republic of Congo; and work as an emergency room physician with Erlanger Health System in Chattanooga, Tennessee. 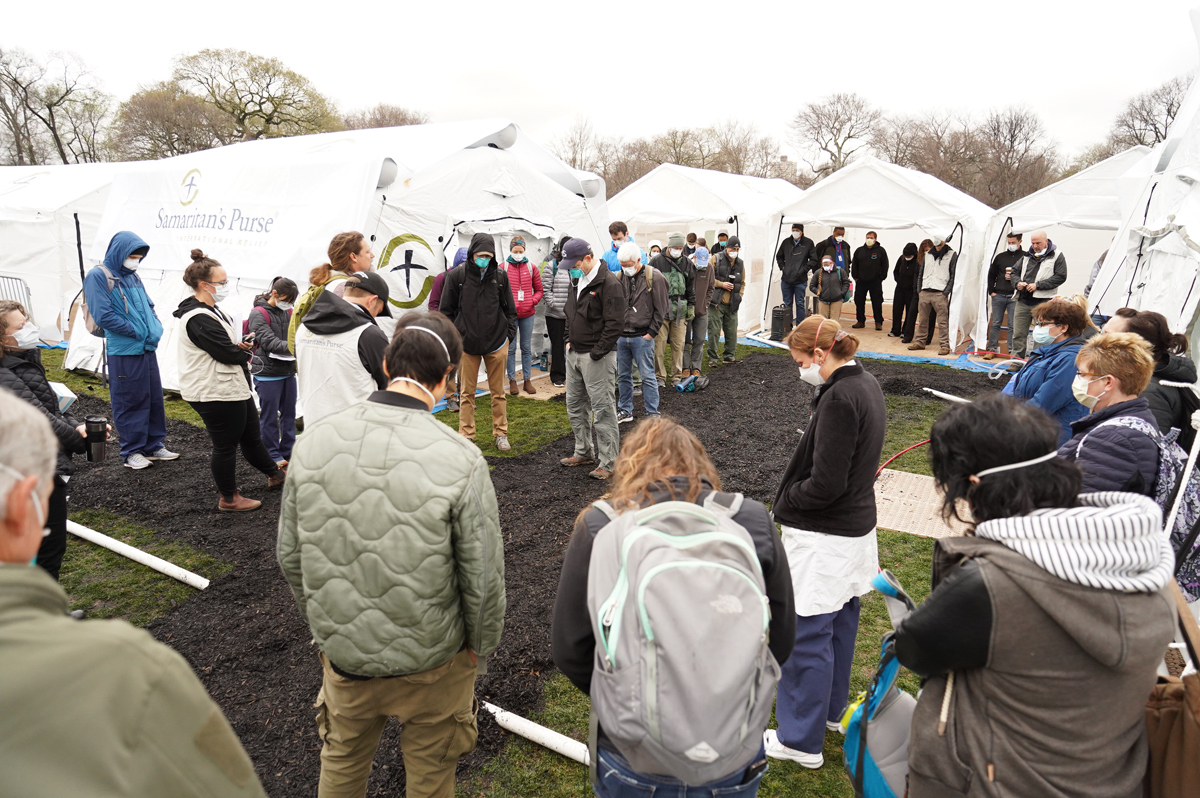 Samaritan’s Purse staff and medical personnel pray over the New York City Central Park site that became an emergency field hospital on Tuesday, March 31. MTSU alumnus Dr. Elliott Tenpenny is director of international health and leading the effort on the ground for the organization. (Photo courtesy of Samaritan’s Purse/Paul Sherar) 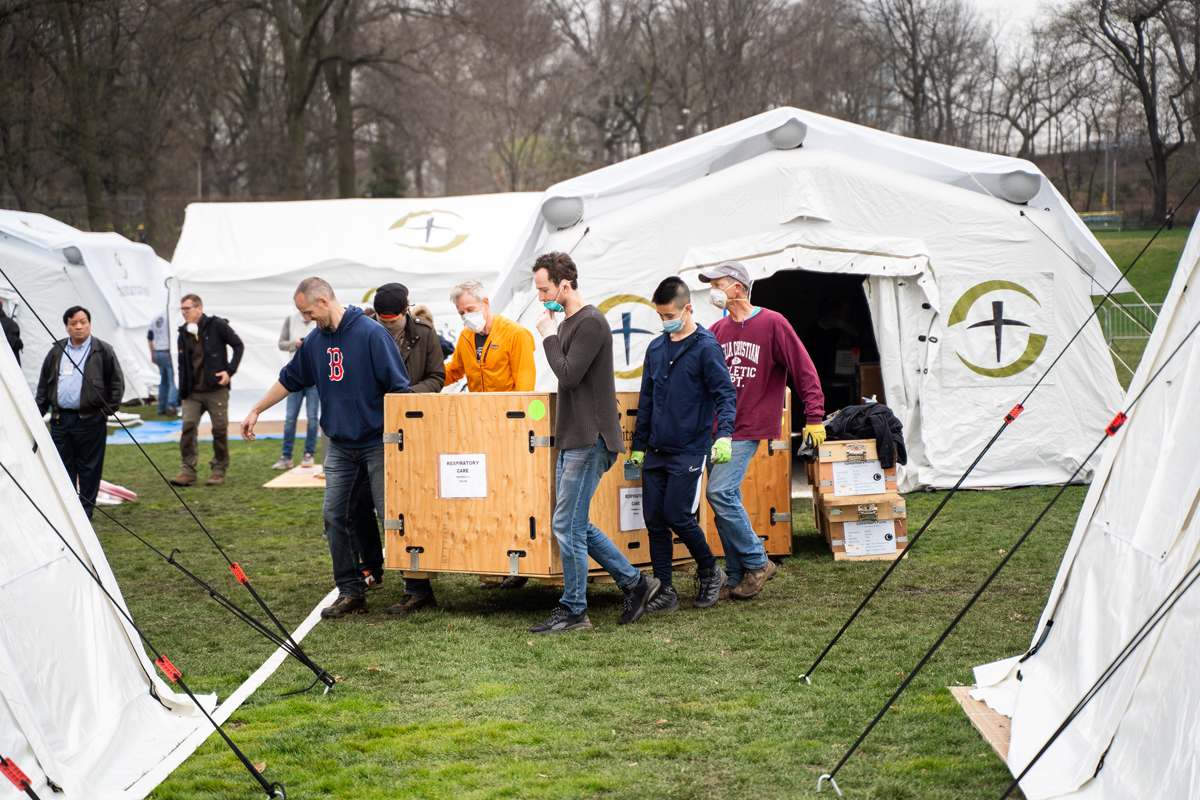