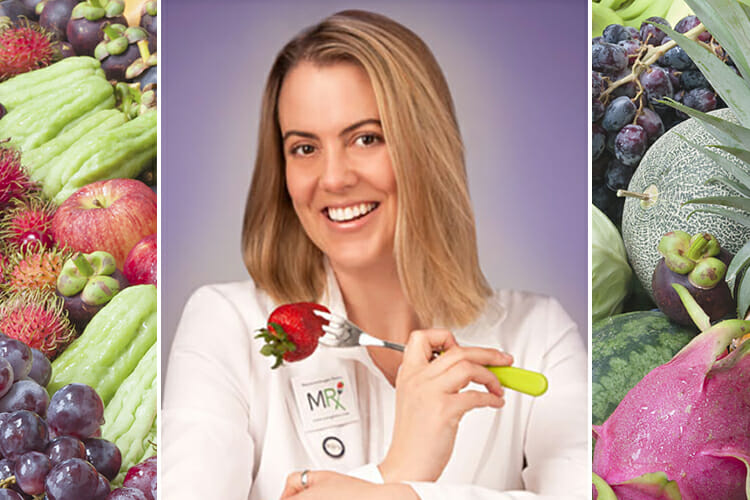 Today’s Dietitian magazine has included an MTSU alumna in its annual article on “10 Dietitians Who Are Making a Difference.”

Richard, a Johnson City, Tennessee, native, is a nutritionist who has applied her expertise in various parts of the world.

“MTSU supported my passion and fueled my desire to learn and grow, helping shape me as an up-and-coming professional,” Richard said. “I am truly honored and unequivocally share this with my colleagues and those I have had the privilege to know and learn from throughout this journey.”

Dr. Lisa Sheehan-Smith, a professor in the Department of Human Sciences’ Nutrition and Food Science Program and a registered dietitian who mentored Richard, praised her former student.

“This is a fabulous honor, one that doesn’t surprise me because Monique was a leader amongst her peers while at MTSU and one of our top students,” Sheehan-Smith said.

Richard was the first dietitian to join doctors and nurses in relief missions to Haiti with the nonprofit Azil Foundation to teach nutrition. In Egypt, she taught nutrition to elementary school children.

She presented research in China and India during her college years with MTSU’s McNair Scholars Program, and in Israel, she participated in the American Overseas Dietetic Association’s Regional Conference on the Mediterranean Diet.

“She is a very bright young lady who is very knowledgeable in integrative and functional nutrition,” said sports dietitian Tiffany Harrison, an MTSU nutrition and food science lecturer.

Richard was inspired to become a dietitian because she has been diagnosed with Type 2 diabetes. As proof that diabetics can control their illness and live productive lives, she is an integrative dietitian nutritionist with State of Franklin Healthcare Associates in Johnson City.

She also owns her own private practice, Nutrition-in-Sight, and works as a yoga instructor. Her website is https://eatrightrx.com.

For more information about MTSU’s Nutrition and Food Science Program, contact Deborah Belcher, chair of the Department of Human Science, at 615-898-2302 or deborah.belcher@mtsu.edu.

MTSU alumna Monique Richard cuddles a young friend as another pal looks on during a 2014 mission trip to Haiti with the Azil Foundation to teach nutrition to residents there. Richard, who was recognized in the March 2018 edition of Today’s Dietitian magazine as one of 10 U.S. “Dietitians Who Are Making a Difference,” was the first dietitian to join doctors and nurses in relief missions to Haiti with the nonprofit organization. (Photo courtesy of Monique Richard)