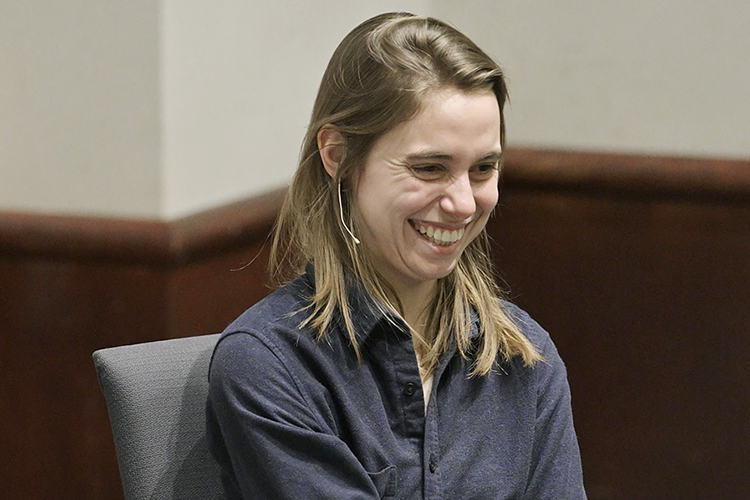 Former MTSU student and acclaimed indie-rock artist Julien Baker will return to campus Tuesday, March 19, for a special conversation with one of her favorite professors, and their talk, part of the university’s Tom T. Hall Writers Series, is open to the public.

Baker will sit down with her former university adviser, Dr. Jimmie Cain of the Department of English, beginning at 4 p.m. March 19 in the State Farm Lecture Hall in MTSU’s Business and Aerospace Building, Room BAS S-102.

A campus map is available at http://tinyurl.com/MTParkingMap. Off-campus visitors attending the event can obtain a special one-day permit at www.mtsu.edu/parking/visit.php.

The Memphis native, who majored in English and minored in secondary education and Spanish with an eye toward teaching, began writing songs her freshman year, tucking herself into one of the School of Music’s piano closets in the Saunders Fine Arts Building late at night for privacy and inspiration.

The tunes that emerged from those 2013 writing sessions became a self-released EP and ultimately her first studio album, “Sprained Ankle,” in 2015, winding up on multiple critics’ best-of lists and kicking off a national fascination with her work that began in MTSU’s Sidelines and the Memphis Flyer and quickly led to features in Rolling Stone, Stereogum, Paste Magazine, The New Yorker, The New York Times and GQ.

She began touring and balanced a frantic dual schedule of music and classes until shortly after her spring 2016 appearance on a National Public Radio “Tiny Desk Concert” boosted international interest. Baker decided to leave MTSU temporarily to continue her music career, noting that she intends to return to complete her degree.

In the intervening years, Baker’s opened for artists including Death Cab for Cutie, Conor Oberst, The Decemberists, Belle & Sebastian, Paramore, The Front Bottoms, and Manchester Orchestra. She got a label deal and released her second solo album, “Turn Out the Lights.”

She embarked on solo tours, including a European jaunt and multiple Australian visits, and continued working with the band she co-founded in 2010, then named The Star Killers and renamed Forrister in 2015. Last year she co-founded an indie supergroup, boygenius, with fellow musicians Lucy Dacus and Phoebe Bridgers.

You can watch Baker’s second NPR “Tiny Desk Concert” appearance in January 2018 below.

For more information on the March 19 event, please contact the College of Media and Entertainment at 615-904-8490 or media@mtsu.edu. 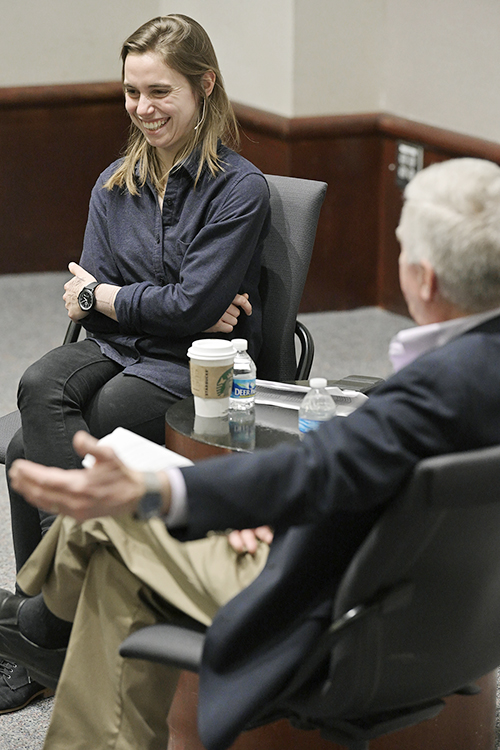 Acclaimed singer-songwriter Julien Baker, left, a former MTSU student, laughs during a conversation with her former adviser, English professor Jimmie Cain, March 19 during Baker’s return visit to campus as part of the College of Media and Entertainment’s Tom T. Hall Writers Series. Baker, who majored in English and minored in secondary education and Spanish with an eye toward teaching, began writing songs her freshman year at MTSU, and those songs ultimately became her debut studio album, “Sprained Ankle,” in 2015. The collection wound up on multiple critics’ best-of lists, launching what would quickly become an international career in indie rock. (MTSU photo by Andy Heidt)