MTSU proud of long service to ..

‘MTSU Day on the Hill’ touts progress, programs to...

‘MTSU Day on the Hill’ touts progress, programs to lawmakers

NASHVILLE, Tenn. — The Middle Tennessee State University School of Agriculture‘s Creamery brought its award-winning chocolate and white milk to the statewide Ag Day on the Hill at the Tennessee State Capitol Tuesday, March 12.

MTSU Board of Trustees Chairman Steve Smith touted university growth, progress and new ideas — and that it’s OK to return to college to earn your degree no matter your age during MTSU Day on the Hill Tuesday. 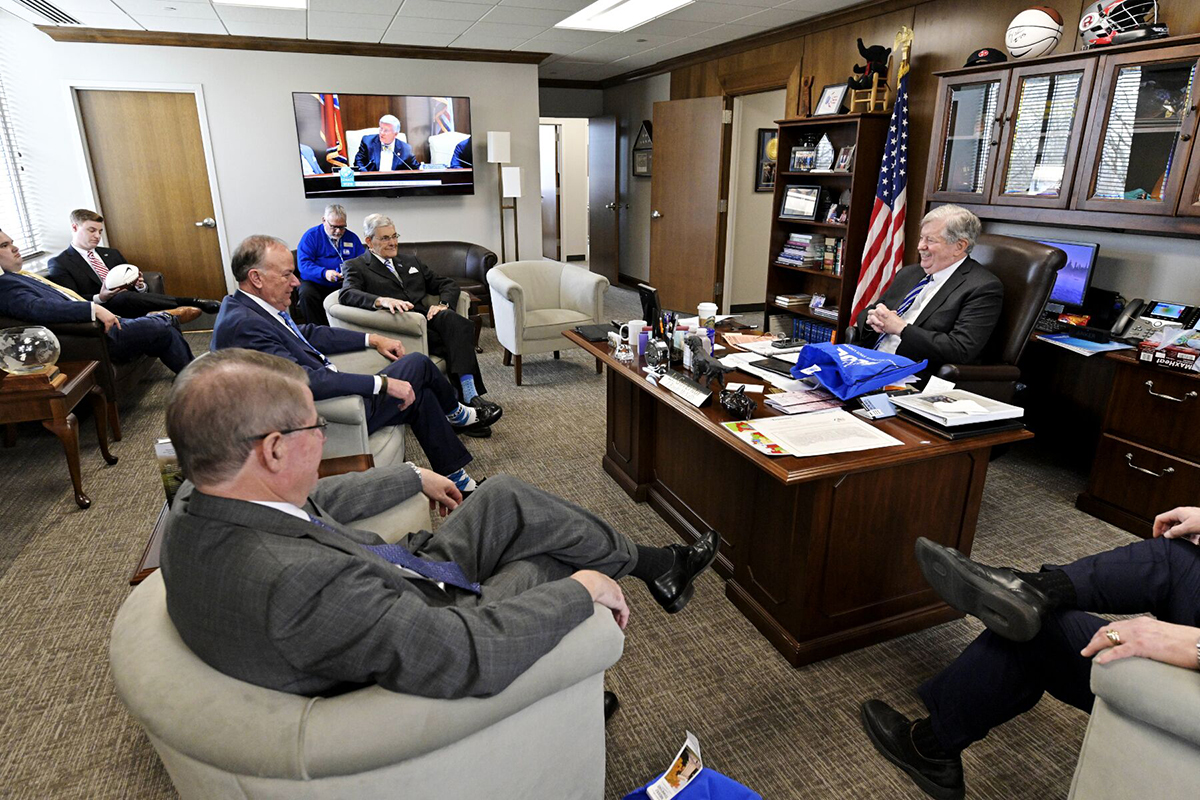 Many groups gather at the Capitol each day lawmakers conduct business, meeting with their senators and representatives, observing committee sessions and more. It just so happened that outdoors Ag Day on the Hill, which included the MTSU School of Ag with the milk and young pigs, coincided with MTSU Day on the Hill.

Smith and Trustee Pete Delay,  along delegation of faculty and staff members, fanned out across the Cordell Hull Building to brief legislators about the university’s priorities, including a $40 million, 54,000-square-foot building for the School of Concrete and Construction Management proposed in Gov. Bill Lee’s budget.

The group met with key House and Senate committee chairs and Rutherford County’s legislators, sharing major points of emphasis regarding MTSU’s status as one of the top four-year schools in Tennessee.

“I think the objective is to familiarize our elected officials with what our mission is and what we’re accomplishing, and try to provide them a scoreboard of ways we’re helping students have a better life,” Smith said.

Delay, a Nashville businessman, said his role as a board member was to “make sure members of the state Legislature are aware we are good stewards of taxpayer money, let them know about the issues that affect our university thank them for their support.” 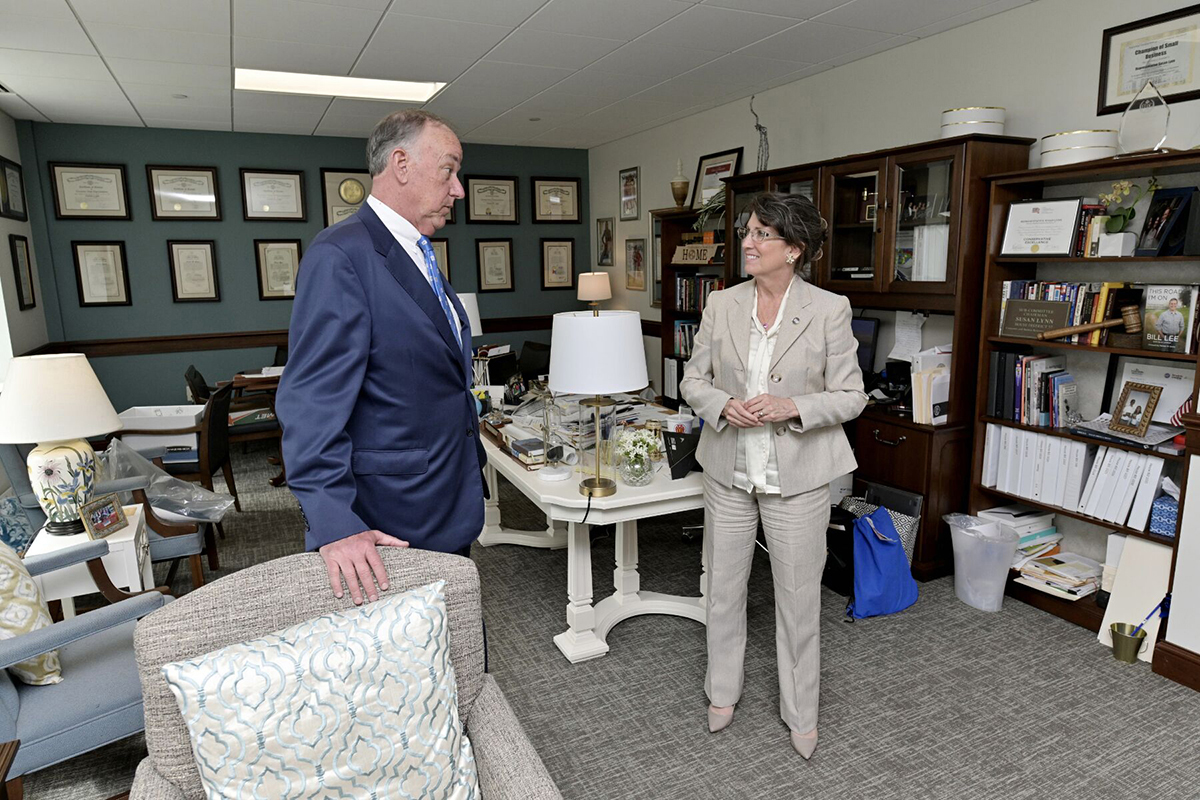 MTSU Board of Trustees Chairman Steve Smith, left, talks to State Rep. Susan Lynn about growth and progress the university is making March 12 during the MTSU Day on the Hill in the Cordell Hull Building at the capitol in Nashville, Tenn. Lynn, who represents Wilson County, shared about “having a soft spot” for MTSU because her son Michael Lynn graduated from and daughter Grace Douchette attended the Murfreesboro university (MTSU photo by Andy Heidt)

They also met with Rep. Jeremy Faison, who has been a partner and consultant in ginseng production for the Tennessee Center for Botanical Medicine Research at MTSU.

MTSU provided information about the Charlie and Hazel Daniels Veterans and Military Family Center, the latest MTSU Magazine and the “Ready to Work”incentive, where the university offers programs focused on industry needs. Areas of study include education, aerospace, business, criminal justice, computer science, journalism and strategic media, the master of professional science and more. 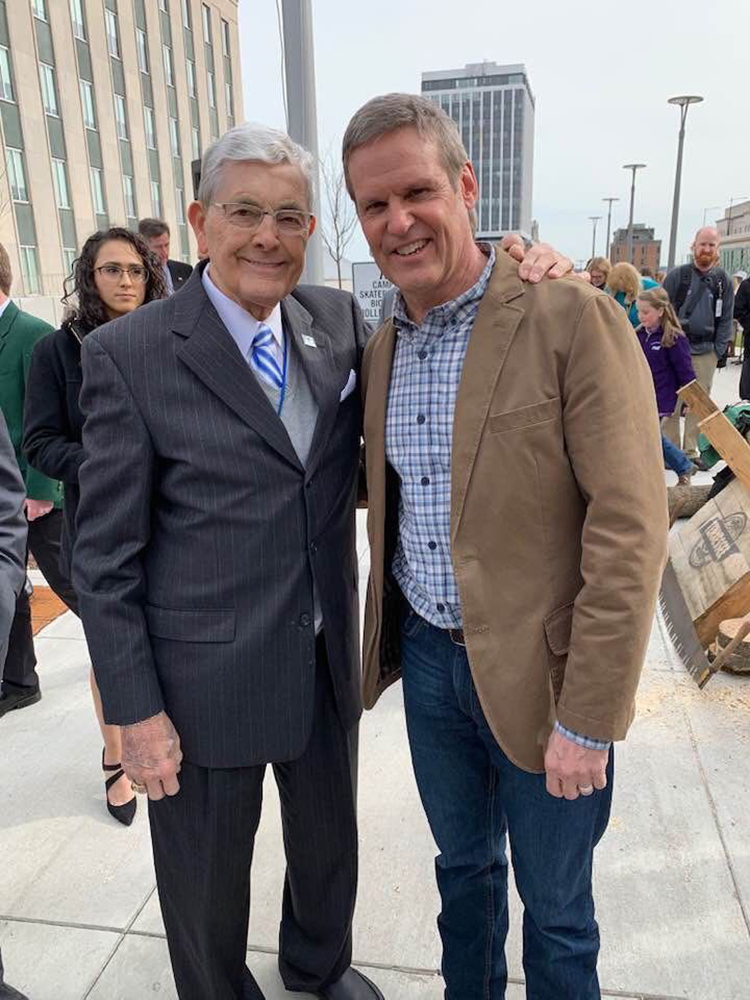 The group also joined an annual lunch and recognition event for MTSU students serving as interns in various legislative offices. The intern program is administered by the College of Liberal Arts.

Capitol Hill intern Dalton Slatton, 21, of Whitwell, Tennessee, a senior political science (prelaw) major, shared at the Nissan USA-sponsored luncheon about his positive experience on the Hill, including helping to sponsor a bill to add two more dual-enrollment courses for high school juniors and seniors.

“It has been eye-opening,” Slatton said. “Senators don’t necessarily write their own legislation. Attorneys draft it in legal, to make sure the wording is right. You see how much work goes into a bill, and you meet with senators, legislators and committees.” 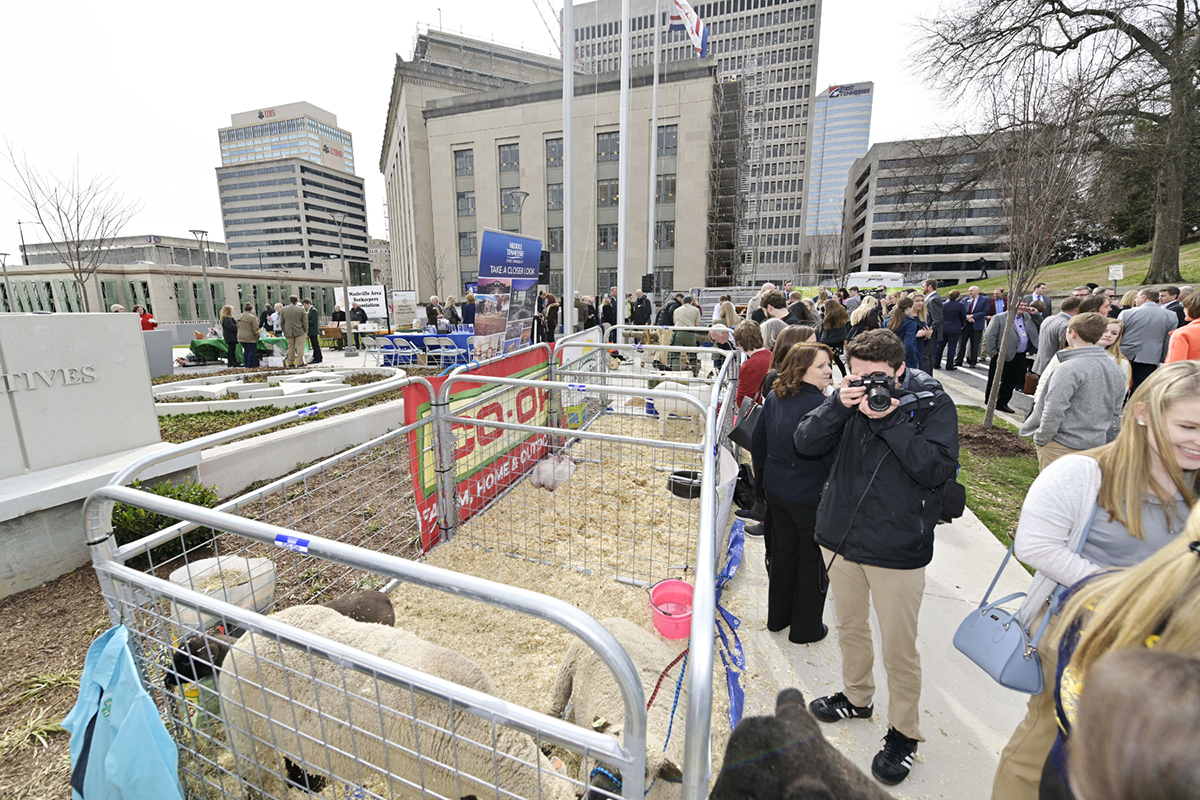 MTSU’s School of Agriculture brought young pigs (seen in the second pen) and plenty of chocolate milk for Ag Day on the Hill, which coincided with MTSU Day on the Hill at the Tennessee State Capitol in Nashville Tuesday, March 12. Most of the ag-related activities happened outdoors between the Capitol and the Cordell Hull Building. (MTSU photo by Andy Heidt) 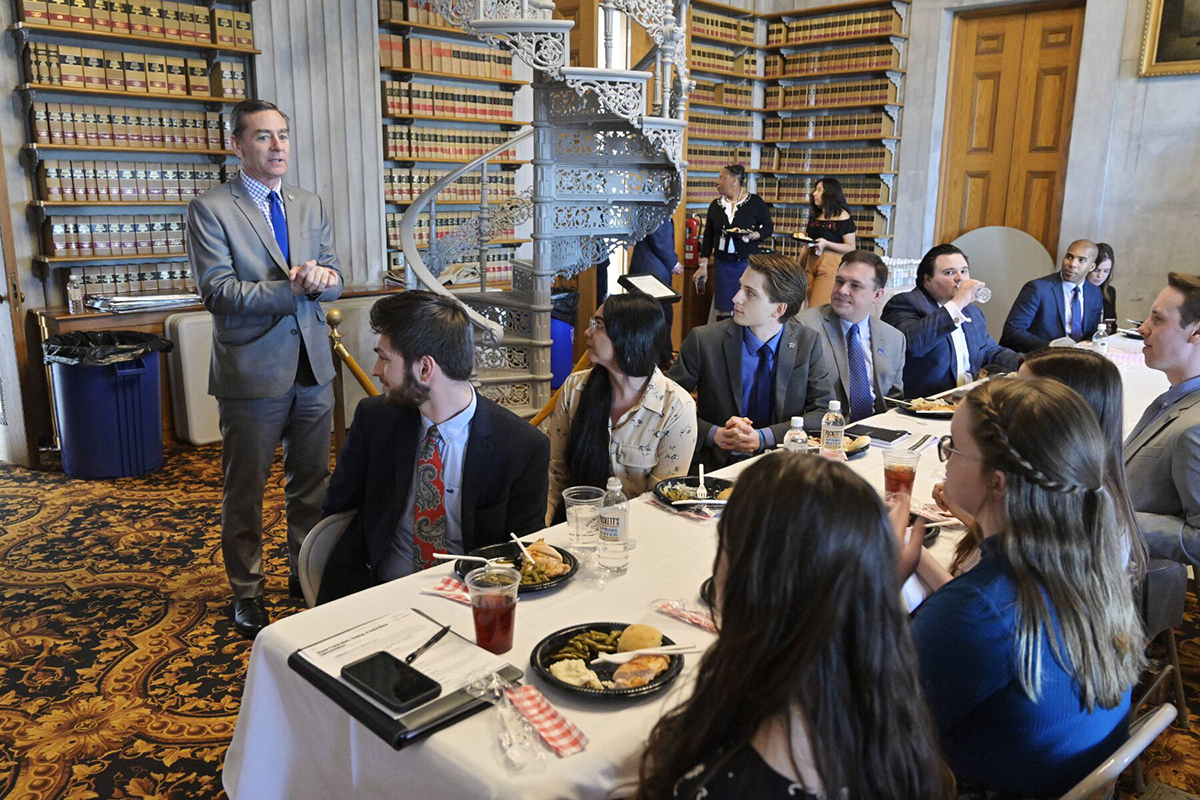 Tennessee Speaker of the House Glen Casada, who represents Williamson County, addresses part of the group of 11 MTSU interns working during the current legislative session at the Tennessee State Capitol in Nashville March 12 at an MTSU and Nissan USA-sponsored luncheon. Casada thanked the students for their work. (MTSU photo by Andy Heidt)