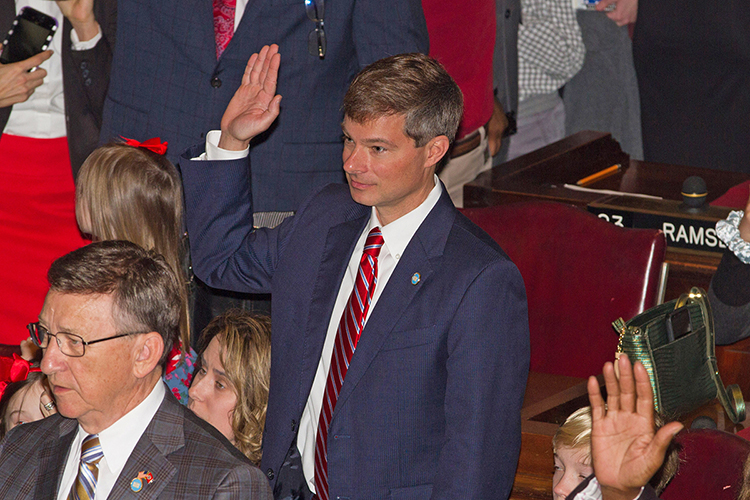 A Middle Tennessee State University business professor was among legislators sworn in this week for the 111th Tennessee General Assembly.

Dr. Charles Baum, an economics and finance professor in the Jennings A. Jones College of Business, was sworn in Tuesday as a Republican state representative for Murfreesboro’s 37th District in the state House of Representatives.

“I am honored to have been elected to represent District 37 in the Tennessee State House,” Baum said. “I am excited to serve, as we work to find innovative ways to provide education and improve health care while budgeting responsibly.

“Thank you to the district residents for your support. I really appreciate it.” 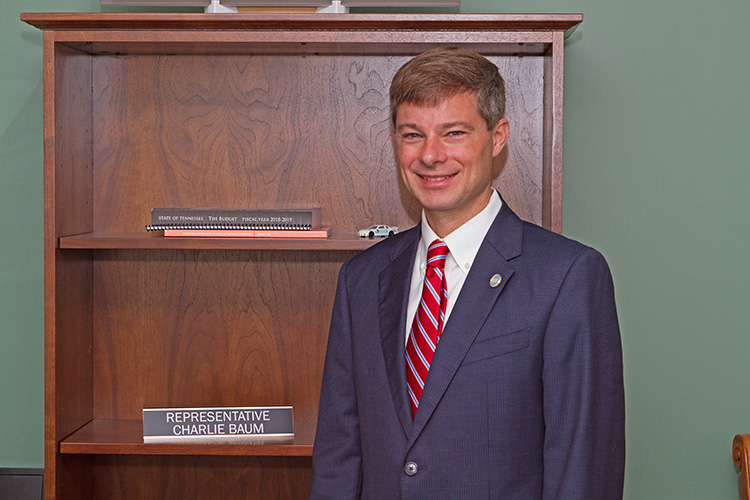 Dr. Charles Baum, an economics and finance professor in the Jennings A. Jones College of Business, poses in his new legislative office after he was sworn in Tuesday, Jan. 8, at the state Capitol in Nashville, Tenn., as a Republican state representative for Murfreesboro’s 37th District in the House of Representatives. (MTSU photo by James Cessna)

Baum takes the seat previously held by Dawn White, an MTSU alumna who gave up the seat for a successful run for state Senate. Baum’s district covers parts of north central Rutherford County, stretching from Murfreesboro north to the county line.

Baum and his wife, Kelly, have three children, Elizabeth, Anna Jane, and Charles, who attend the Siegel schools in Murfreesboro. They are members of First United Methodist Church in Murfreesboro.

Other MTSU alumni and supporters in the Rutherford County legislative delegation were also in the spotlight with the Jan. 8 opening of the Tennessee General Assembly, including state Sen. Shane Reeves and state Reps. Tim Rudd and Bryan Terry, all of Murfreesboro, and state Rep. Mike Sparks of Smyrna. 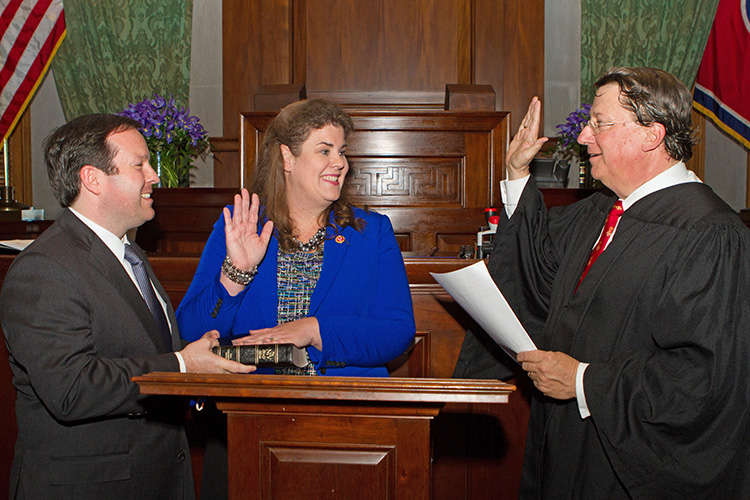 MTSU alumna and state Sen. Dawn White, center, is sworn in Tuesday, Jan. 8, to her 13 District Senate seat at the state Capitol in Nashville, Tenn., by U.S. District Judge Mark Norris, right, of the Western District of Tennessee as her husband, MTSU alumnus Chad White, looks on. (MTSU photo by James Cessna) 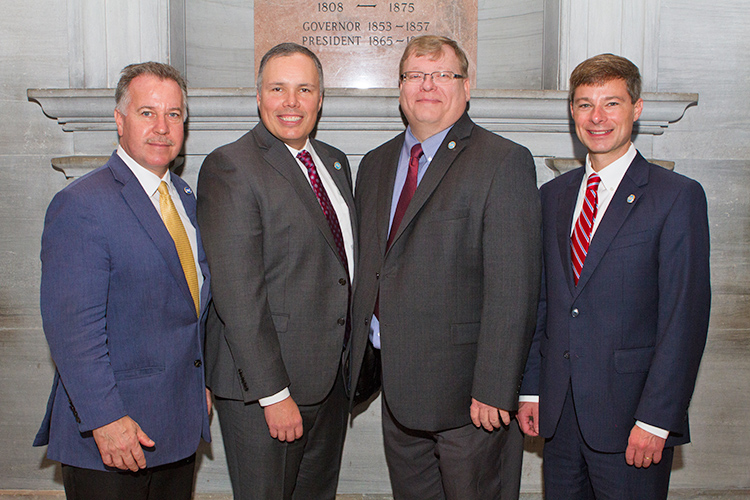 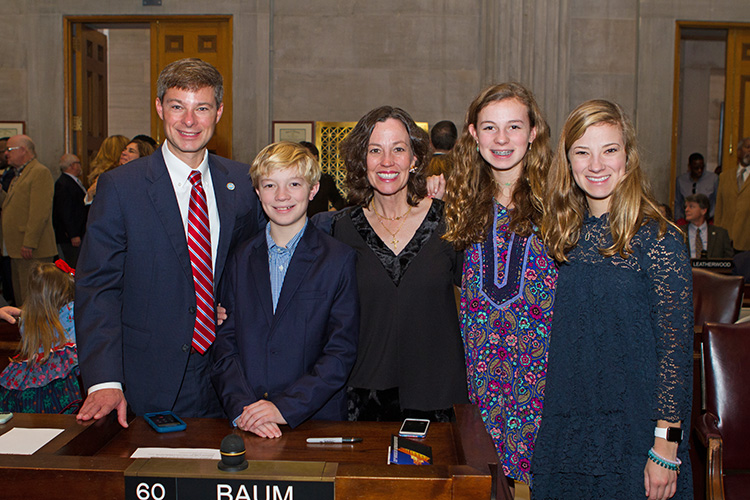 Dr. Charles Baum, left, a professor in the Jones College of Business, MTSU, was sworn in Tuesday, Jan. 8, as a state representative for Murfreesboro’s 37th District. Pictured with him, from left, at the state Capitol in Nashville, are his son, Charles; wife, Kelly; and daughters Anna Jane and Elizabeth. (MTSU photo by James Cessna) 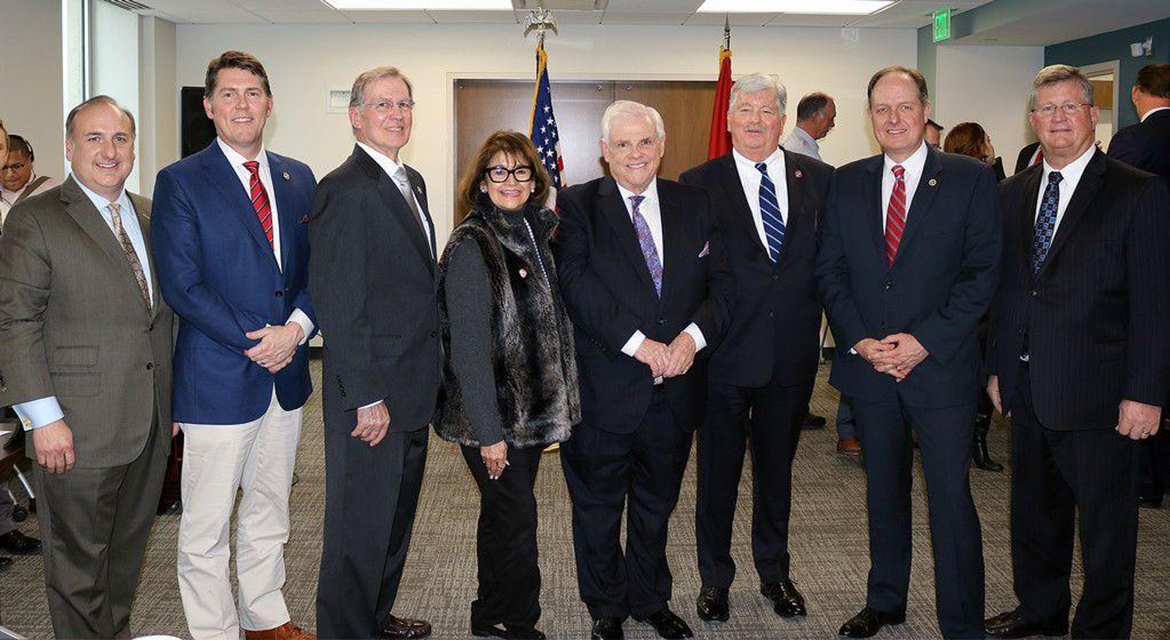