MTSU musicians will be home fo..

Beauty for Ashes, Strength for Tears

Beauty for Ashes, Strength for Tears 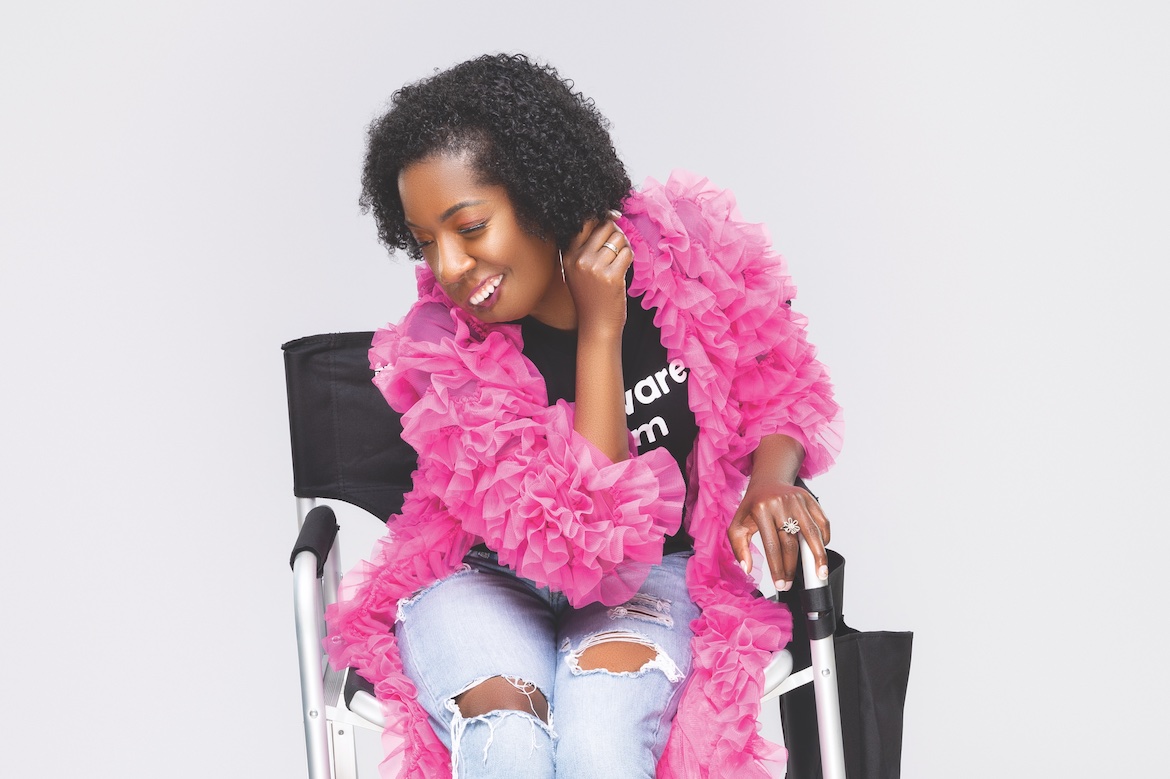 Jasmine “Jaz” Gray is a talented speaker, a creative writer, and a producer of motivational and advocating stories. She is a woman of color who daily overcomes personal challenges and a serious medical condition that has been part of her life since birth. Her unbending faith, her strength, and her resilience are inspirational, and her mission centers on seeking transformational change for those who are disempowered and dispirited. 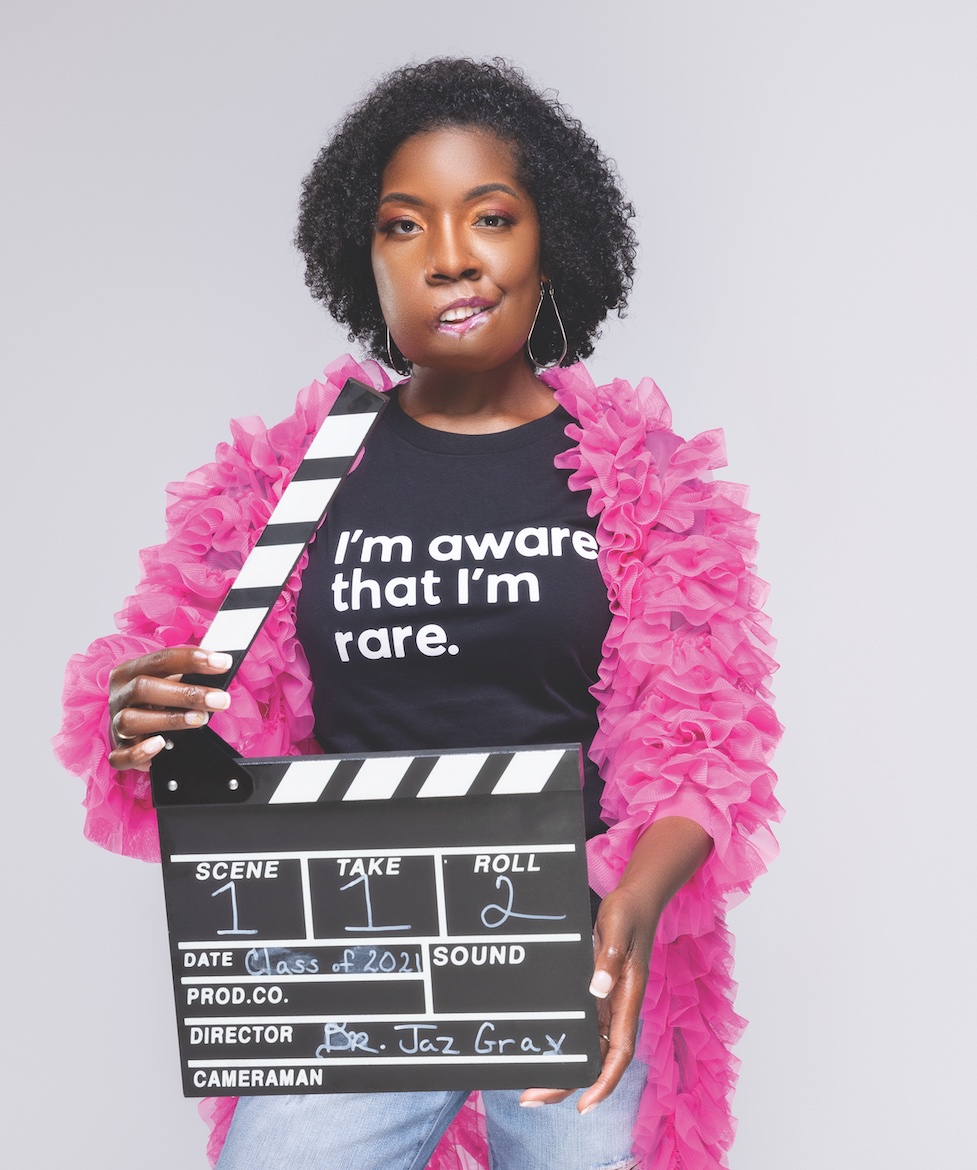 Born with a cranial facial condition that gave her some unique physical attributes, she has progressively undergone at least 47 surgeries starting at age 9.

“I knew early on that there was some kind of purpose for my life,” Gray said, and she found that purpose within the world of storytelling.

Storytelling was originally a way to cope with the traumatic experiences of multiple surgeries. But eventually, storytelling became a gateway that opened a wider field of opportunities, says Gray, who is now an assistant professor of Communication Studies at Pepperdine University in Malibu, California. 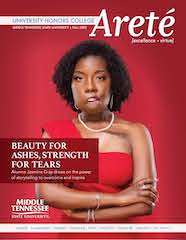 Throughout her high school years, she had to take classes from home because of her numerous medical procedures. Stories were a form of therapy, and, despite her isolation, she found peace and purpose within storytelling. As she listened to songs and stories from the people around her, Gray began to see the relationship between her challenges and her future. She was able to relate to the experiences of others, and this allowed her to begin to visualize her path.

“There is a connection between storytelling and a potential skill set for a career path,” she thought. This discovery motivated her to pursue an education focused on storytelling and communication. And that pursuit led her to MTSU.

Anytime we overcome a challenge, we have a responsibility to use that to advocate for others . . . to create opportunities for others.

Gray found that the media program at MTSU had an excellent reputation, along with being affordable, giving her opportunities to grow and “carve out my own path.” During her time at MTSU, she explored and discovered different facets of storytelling, including journalism, videography, and public speaking. 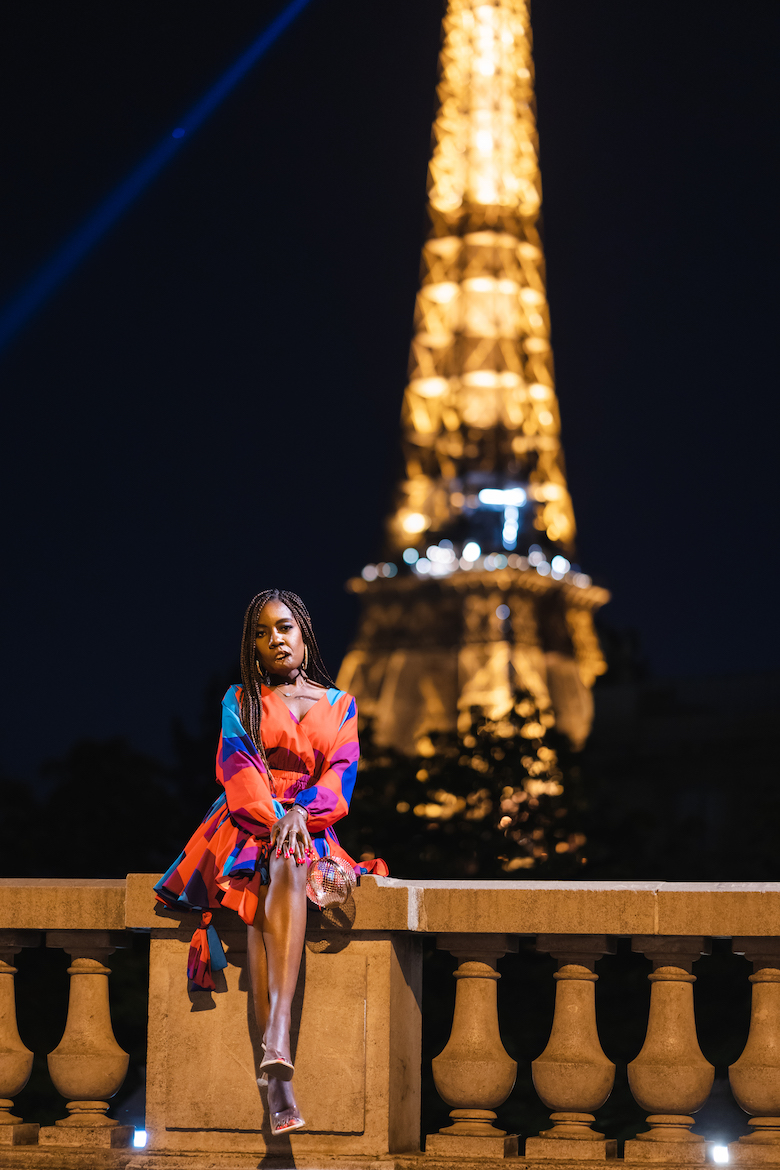 She recalls a time when she was late for class and, while rushing, did not notice the red spots on her shirt until she had entered her building. When she looked down, she realized her face was bleeding from a recent surgery, and she had left a trail of blood in her wake. Gray had social anxiety from her previous isolation and was fearful of being seen bleeding in the middle of the hallway. In fact, the incident was one of many, Gray says, but she was surrounded by people and faculty who supported her and “looked out for her.”

During her first year at MTSU, Gray encountered Jackie Victory, director of Student Organizations and Service.

“She helped me navigate and balance the challenges I was facing with service opportunities,” Gray said.

Specifically, Gray has a nonprofit outreach program called Jaz’s Jammies, which she began in high school. The program is still active today and seeks to bring pajamas to children in hospitals and homeless shelters. When Gray met Victory, she decided to focus on how she could continue to help others through service rather than focus on the difficulties and challenges she faced. She credits Victory for helping her bring Jaz’s Jammies to MTSU.

Gray also was active in the Honors College, serving as the editor-in-chief of Collage for two semesters and completing a thesis, “Contrasting Color: Juxtaposing Black Identity and Media Portrayal in America, Ghana, and England.” She says Dean John R. Vile, Laura Clippard, and Marsha Powers from the Honors team were influential and encouraged her throughout her journey. Whether it was applying to graduate school, exploring new service opportunities, or searching for scholarships, the people within the Honors College provided constant support.

I knew early on that there was some kind of purpose for my life.

Some of Gray’s other accomplishments during her college years included completing the Chips Quinn Scholars Program for Diversity in Journalism and freelancing for The Tennessean and the Louisville Courier Journal.

After graduation, Gray interned for media agencies, such as Cartoon Network and BET, and worked full time at Paramount Pictures. Her stories have been featured on news affiliates of NBC, ABC, and Fox, and Jaz’s Jammies Inc. has donated more than 6,000 pairs of pajamas to children’s hospitals and shelters across the nation. 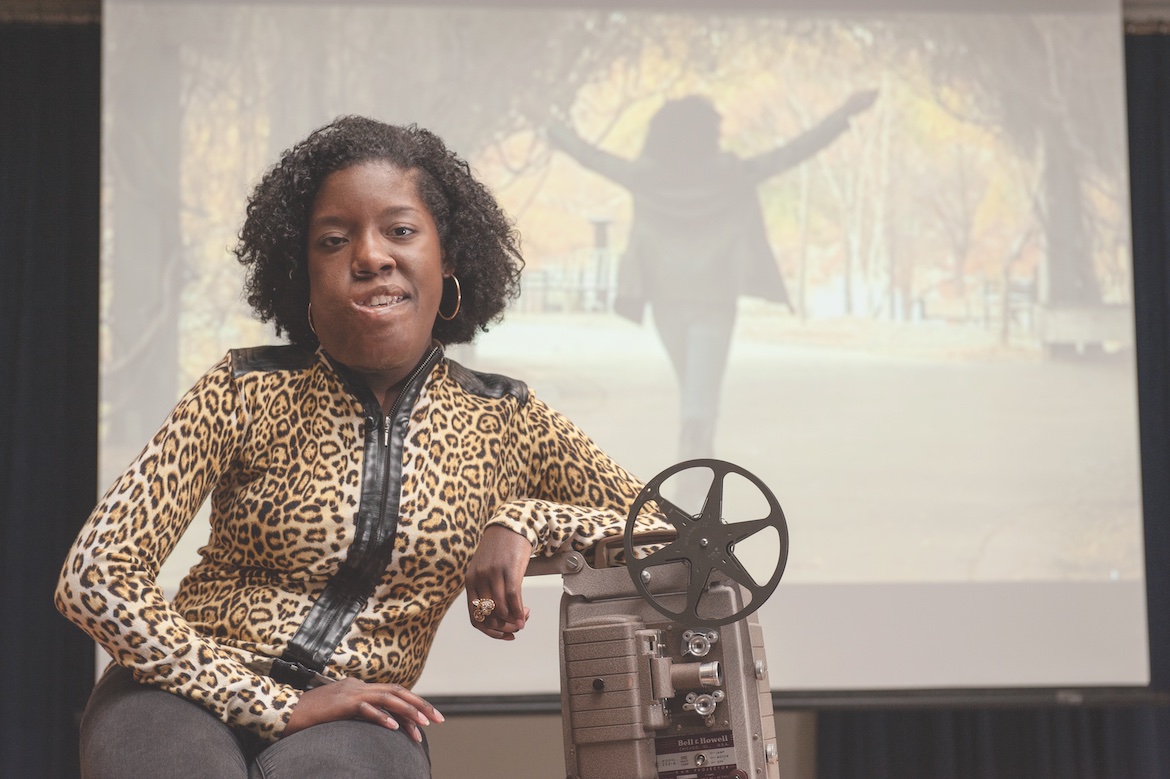 No one person’s approval or disapproval will determine your future. 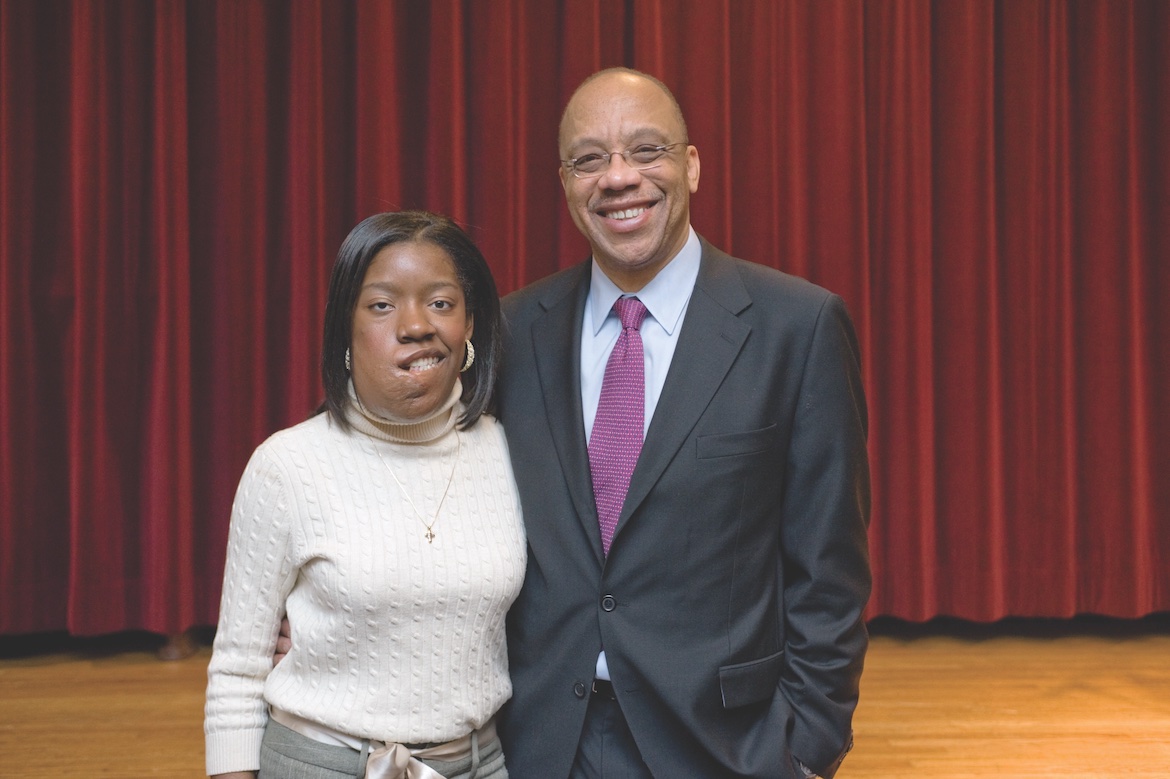 Gray is an advocate for people with disabilities and for removing barriers for others who are struggling. She moderates panels and leads workshops about topics including the power of stories, disability representation, bullying, and divine purpose.

For those who are struggling with racial identity, body image, a disability, or a unique physical attribute, she advises, “No one person’s approval or disapproval will determine your future,” so do not put too much reliance on one person or one pathway.

“Anytime we overcome a challenge, we have a responsibility to use that to advocate for others . . . to create opportunities for others,” because not everyone has the same opportunities as we  have been afforded, Gray adds. 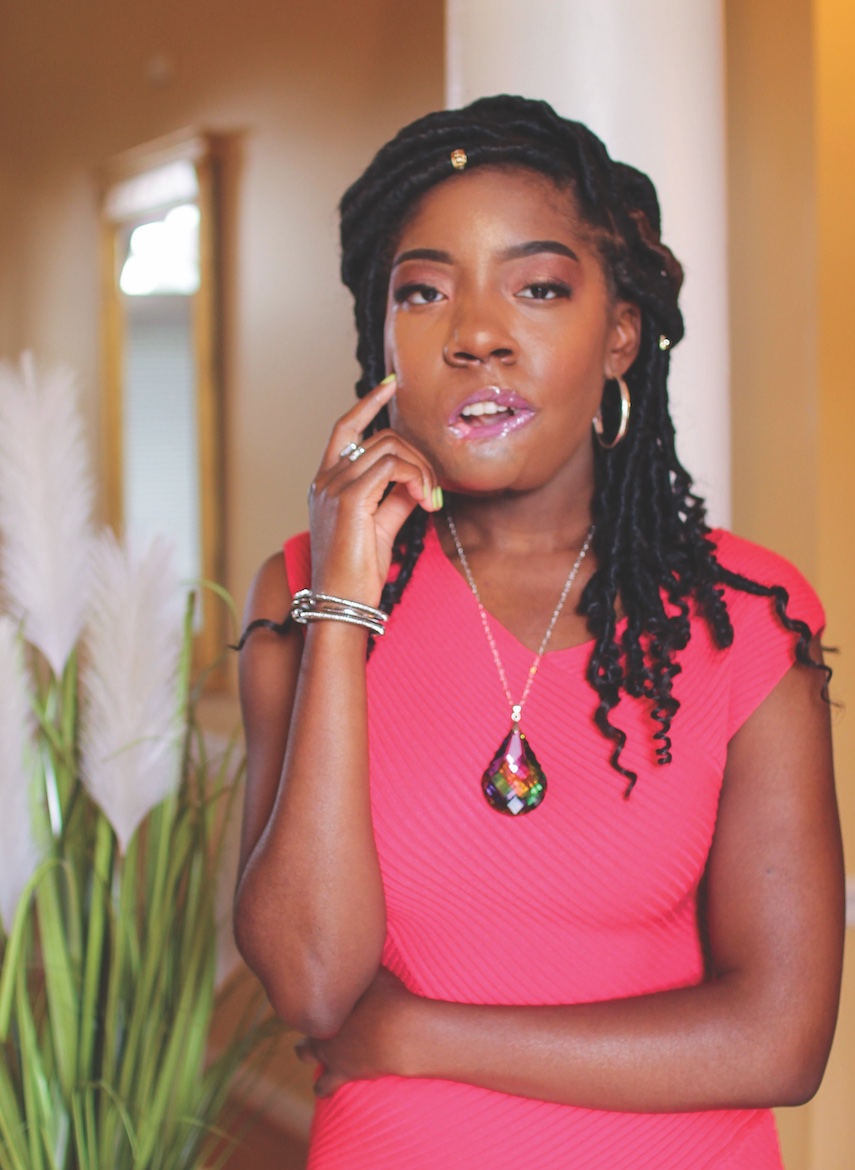 She agrees that she was given the opportunity while at MTSU to channel and transform her insecurities into strengths and navigate through her “very real barriers”—obstacles that will be present continually throughout the rest of her life.

Because of the resources, accessibility, and networking during her time at the University, Gray was able to reach the community in ways that would not have been possible elsewhere. MTSU was not   only her foundation, but also her runway that would allow her life and career to take flight in directions she could not have dreamed.

Gray says that MTSU was “a blessing” and that her stories will continue to break barriers for those who are disempowered and dispirited. They have certainly inspired me.

Rachel Booher is an Honors Transfer Fellow majoring in Japanese and English.