MTSU donors step up to ‘Bleed ..

While they physically weren’t able to be on campus for BCA Day at MTSU this week because of COVID-19, Blackman Collegiate Academy scholars still received a “taste” of the university in more ways than one.

The Blackman High School students heard presentations from MTSU chairs and faculty members, but the best (MTSU Creamery chocolate milk) may have been the drink to go with pizza during a debriefing of the day’s activities. 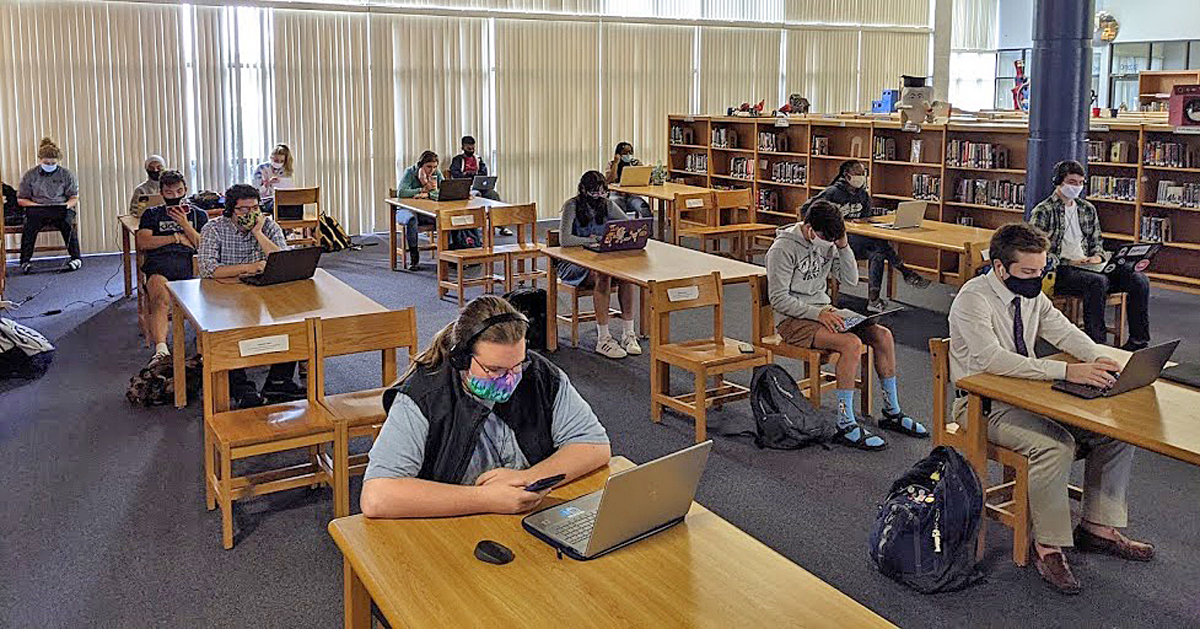 Blackman Collegiate Academy students participate in the virtual BCA Day at MTSU Tuesday, Sept. 29, in the Blackman High School Media Center. They had a wide range of courses to choose from, and also learned about admissions, financial aid and more. (Submitted photo by Blackman High School)

“There wasn’t any (chocolate milk) left,” assistant principal and BCA Dean Justin Smith said. “It was a nice bonus.”

Normally, BCA students — from seniors to freshmen — take an academic field trip by traveling across town to MTSU, where they are challenged with hands-on options by MTSU faculty and chairs, learn about career opportunities and hear about scholarships and how they can apply to the university.

Via Zoom, BCA seniors could select from professor Eric Klumpe in Physics and Astronomy; Psychology Chair Greg Schmidt; School of Agriculture Director Jessica Carter; professors Janet Colson and Sandra Poirier in Nutrition and Food Science; assistant professor Madeline Liseblad in the School of Journalism and Strategic Media and Nicole Green, marketing and recruiting coordinator for the School of Concrete and Construction Management, and labs manager Kevin Overall in the Concrete Industry Management program.

Smith said a librarian in the school’s media center, where the BCA students used laptops to interact with MTSU presenters, suggested it was True Blue Day on BCA Day at MTSU.

“We were committed to finding creative ways (to make it happen),” Smith said. “It was a great experience and great interaction with university faculty.”

Jayen Patel, 17, took in the psychology and nutrition/food science sessions. He enjoyed how “current students in the nutrition and food science major told about their experience.” He said he will definitely apply to MTSU.

Poirier’s and Colson’s students led an interactive game called “Kahoot,” developed by one of the students. It featured eight multiple choice and true/false questions, music and BCA students played using their cell phones. The top three winners will receive a $5 Amazon gift card. 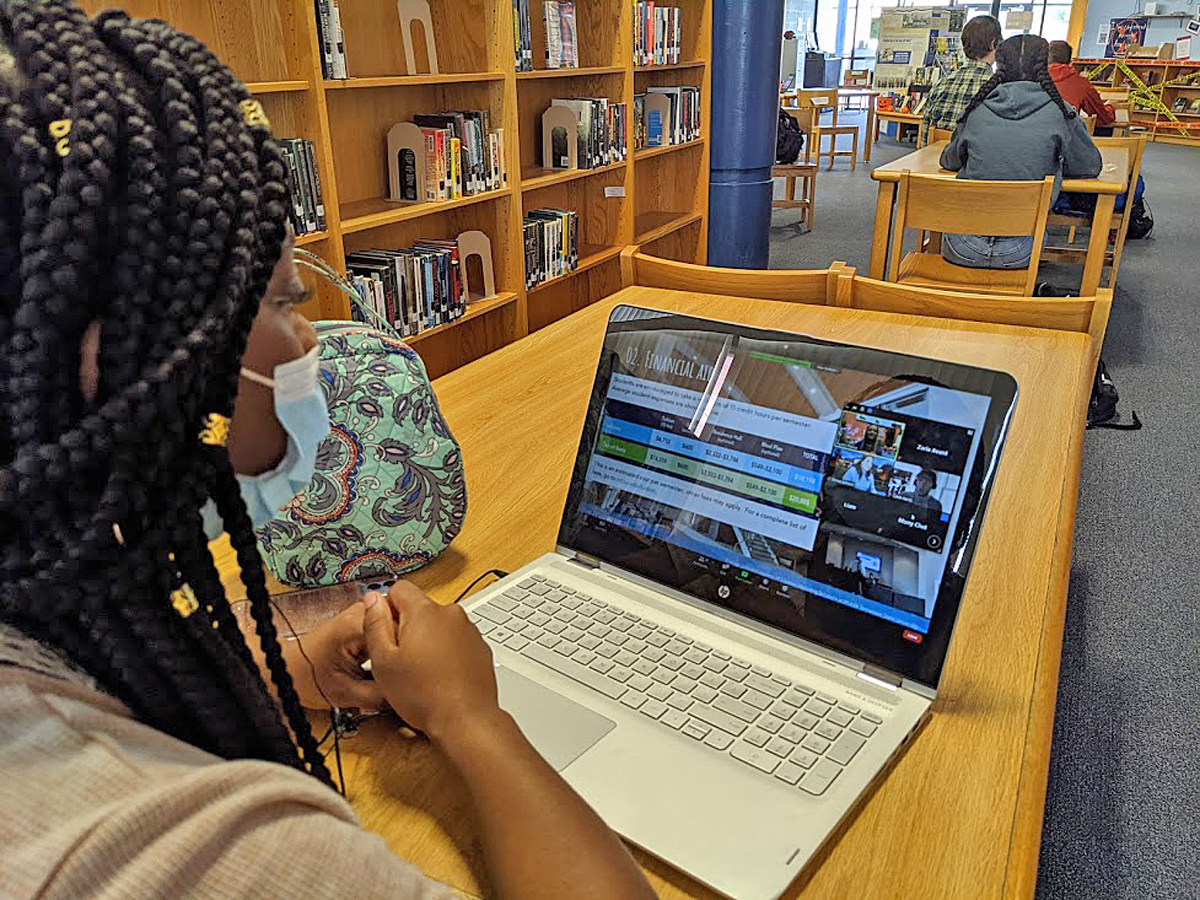 Zaria Avant and students in the Blackman Collegiate Academy at Murfreesboro’s Blackman High School learn about financial aid and scholarship possibilities Tuesday, Sept. 29, during the virtual BCA Day at MTSU. Blackman students make a field trip to MTSU to MTSU at least twice each semester, but are viewing the university virtually because of COVID-19 precautions. (Photo submitted by Blackman High School)

For Zaria Avant, 17, “I felt as though I was important and a priority to the facilitators from beginning to end of the virtual field trip. They always any questions students have with honesty and as well as they can. … One of my favorite parts was how in-depth they went on about programs and scholarships that could be awarded to students and how great the school is. I loved the experience.”

Avant has had reservations about attending MTSU “because of how close it is to my home, but the facilitators assured me that the experience is far from our everyday life in Middle Tennessee. That gave me hope and made me want to apply more eagerly. … After being in the collegiate academy and attending multiple field trips, it’s a high option for me to go to school.”

Jackson Smythe, 17, who has applied, found psychology “pretty interesting. The question-and-answer was the best part for me” and while “concrete is not something I would’ve considered, Nicole Green explained how it entails physics and math and graduates find jobs immediately.” 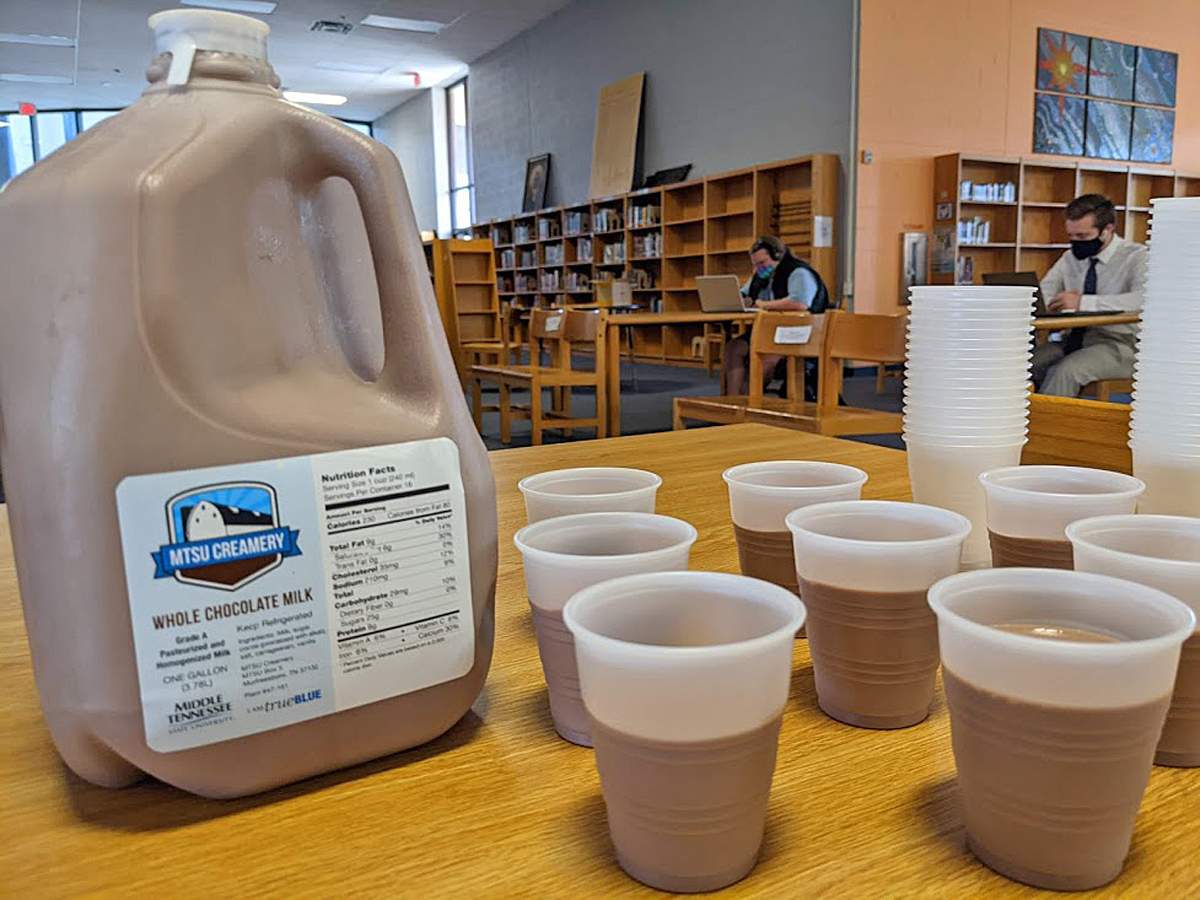 For six years, MTSU and Blackman have partnered in the collegiate academy as a way for students to gain access to university faculty and resources and grow academically through research projects, campus visits and other ways.

BCA allows eligible juniors and seniors to take up to six hours of university courses taught at Blackman by MTSU instructors at no cost. The dual-enrollment credits will count on high school and college transcripts.

Ag director Carter said she “always enjoys working with Blackman students. I hope it’s a program we can continue.” She discussed agricultural careers, the five majors (animal science, horse science, fermentation science, plant and soil science and agribusiness) and shared a video of the farm laboratories, dairy and creamery. 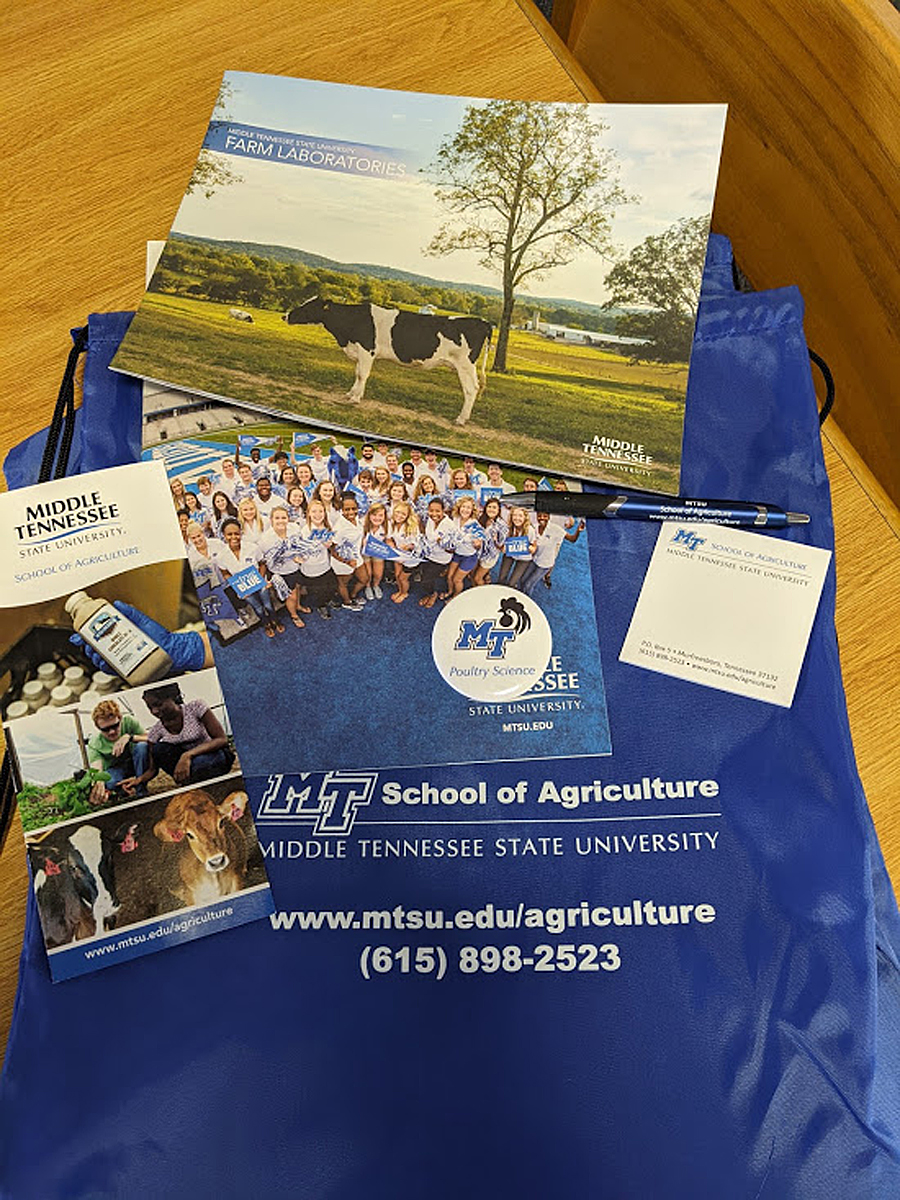 Blackman Collegiate Academy students received a packet of materials from the MTSU School of Agriculture as part of the virtual BCA Day at MTSU on Tuesday. Sept. 29. Agriculture was one of a number of disciplines Blackman students had available to them. (Submitted photo by Blackman High School)