Brothers Michael and Aden Luchtefeld didn’t have to fly in for the Civil Air Patrol national E-Tech Engineering Technologies Academy like many of their fellow cadets had to do this week at Middle Tennessee State University.

The Luchtefelds, who are homeschooled, live 20 minutes away, in Christiana, Tennessee. Other participants came from New Jersey, Georgia, New Mexico and even Washington state. 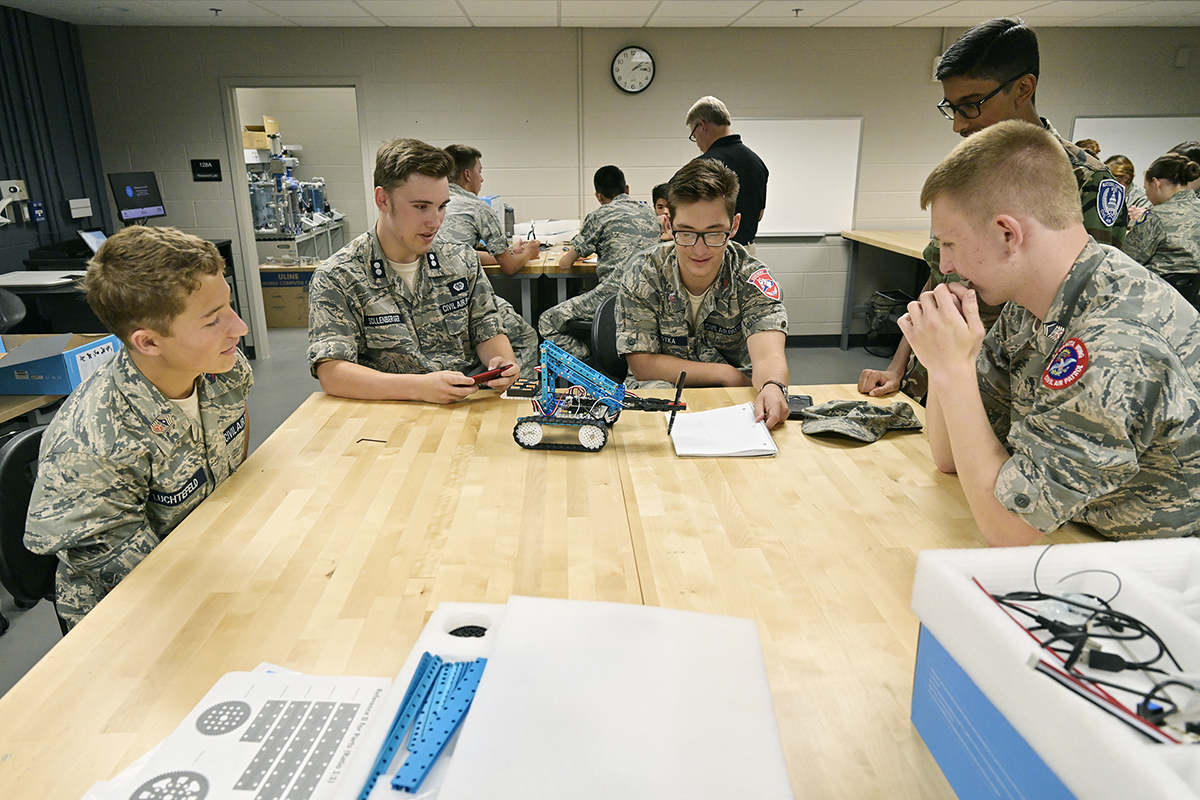 The third-year E-Tech academy brought the 36 cadets together to learn about robots, mechatronics and other forms of engineering technology, experimental vehicles, other aspects of science and STEM and the James E. Walker Library’s Makerspace facilities to enable the exploration of learning experiences.

It marked the fourth year MTSU hosted cadets and adult leaders from the volunteer auxiliary of the U.S. Air Force for an extended stay on campus.

Some 100 cadets competed for the 36 slots, said CAP Lt. Col. Robert “Bob” Gilbert of Winter Haven, Florida, attending his eighth summer session. Those who made it to Murfreesboro were selected — based on their qualifications, leadership skills and interests in engineering and aerospace — at random by a computer.

“All of them have got the same mindset — science-oriented and curious — about how to make things work,” Gilbert said of the young men and women, whose ages can range from 12 to 21, who attend. About one-third of the cadets are female. “Gender makes no difference. They are all in there getting their hands dirty.” 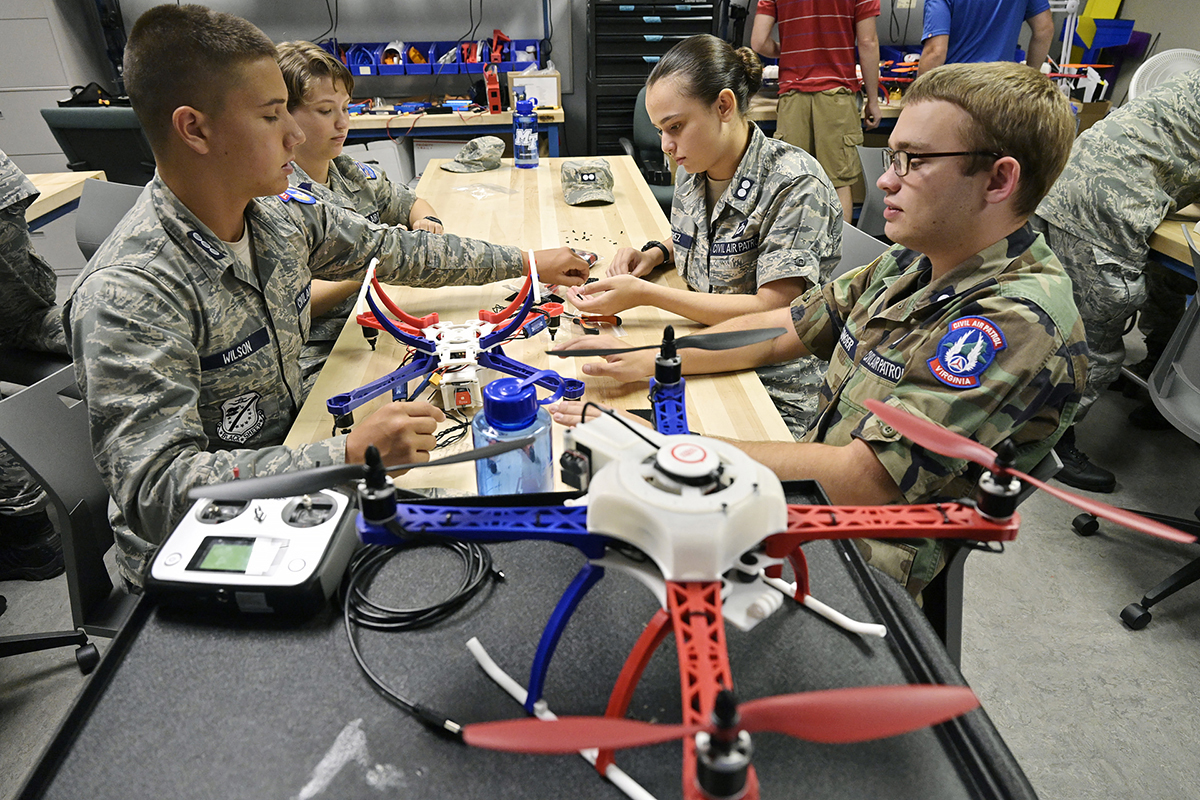 Michael Luchtefeld has attended the past three years of Civil Air Patrol summer sessions at MTSU, with the first two being Tennessee Wing cadet encampments in 2017 and 2018.

“This year (E-Tech academy) is more relaxed and not as intense,” Luchtefeld said. “We’re hanging out and learning cool things.”

They’re learning about MTSU’s science programs from faculty members during the day. At night in their spare time, six teams of six cadets are combining forces on a Gilbert-inspired project: “an aerial vehicle of their choosing,” he said.

“We are building an unmanned aircraft system, using (our) ideas, a budget and design,” Luchtefeld said. The aircraft, featuring a camera, will survey plant life in an urban population. “It is designed to survey the general health of the (city’s) plants and trees, and which ones need additional care,” he added.

The cadets, who live in campus housing while here, learned about the MTSU aerospace air traffic control simulators on-campus and Flight Operations Center simulators and maintenance facilities at Murfreesboro Airport.

Gilbert said he remains impressed with MTSU’s faculty and facilities.

The cadets submitted and presented their unmanned aerial projects Thursday (June 27). The closing ceremony will be Friday, with cadets returning home June 30.

MTSU first signed the partnership with CAP’s Tennessee Wing in 2014 in hopes of providing cadets with opportunities to explore the Murfreesboro campus and interact with faculty. They renewed the pact in 2017 for another three years. 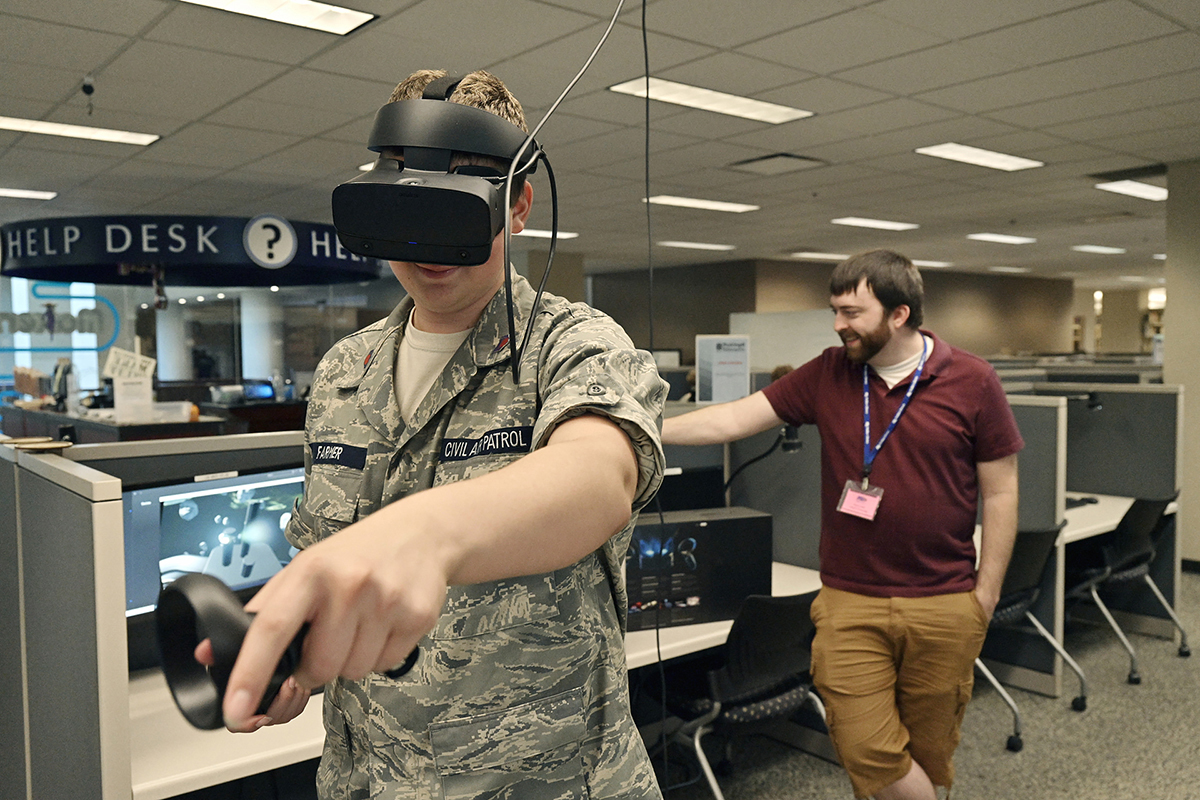 MTSU President Sidney A. McPhee credits Bud Fischer, dean of the College of Basic and Applied Sciences, for encouraging aerospace, engineering technology, biology, chemistry, physics and astronomy, and military science departments to engage with the cadets.

“Having these CAP cadets on campus is a win-win relationship as they develop a clearer picture of their academic and career interests while getting a taste of the high quality programs offered by our university,” McPhee said. “And we certainly appreciate the service CAP provides in Tennessee and across the nation.”

Civil Air Patrol, founded in 1941 just before the start of America’s involvement in World War II, has more than 60,000 volunteer members. Congress chartered the organization to support the Air Force; it’s best known for its aerial search and rescue missions, cadet program and commitment to aerospace education.

MTSU’s close ties with CAP stretch back to July 1948, the year CAP’s Middle Tennessee State College Squadron was organized; MTSU’s Department of Aerospace was six years old at the time. Based at the old College Airport, the squadron comprised pilots trained on campus and was recognized for its search-and-rescue work. It operated on campus until 1953. 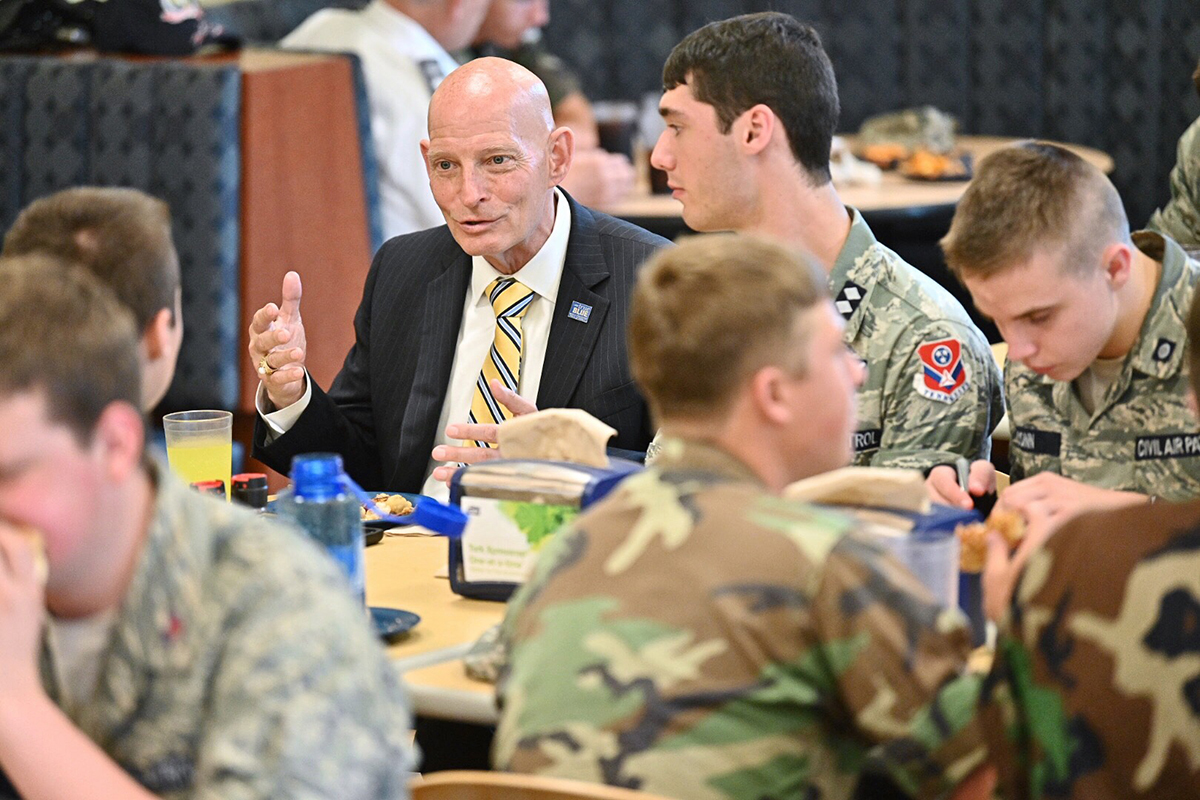