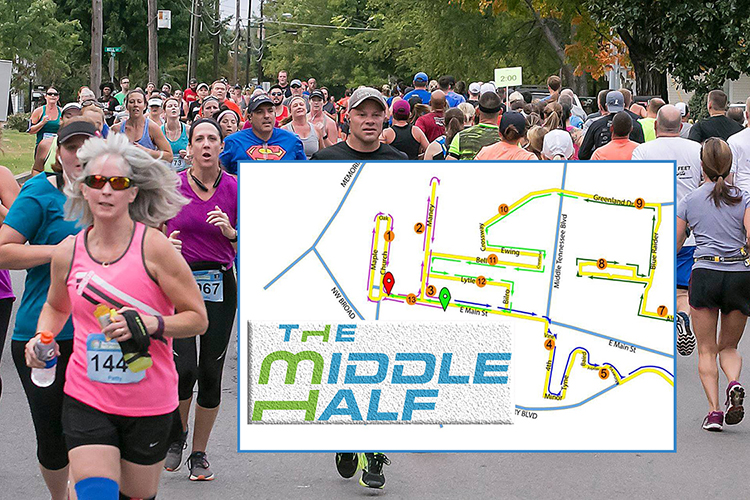 After 12 years, the Murfreesboro Half Marathon, or “The Middle Half,” as it’s more popularly known, has changed its route and will now include more of MTSU’s campus.

When the Oct. 12 race kicks off, 2,000  runners will start near Central Magnet School on East Main Street and finish the 13.1-mile race near the Public Square, according to a Middle Half news release.

Registration opened June 1 with a limit of 2,000 runners and was almost half-filled within two weeks, organizers noted in the release.

“Runners are excited about the new course,” said Melissa Miller, race director. “We’ve eliminated the portions that people complained about and added more of MTSU’s beautiful campus. It is such a flat course that many runners from around the country use the race to train for full marathons or to set a PR (person record).”

Participants may register online with a credit or debit card at www.themiddlehalf.com.

The course includes the Rutherford County Courthouse on the Public Square, East Main Street, Maney Avenue and Oaklands Mansion. And while the race traditionally started and ended at the university, the new route will include the newer portions of MTSU’s campus via Alumni Boulevard and Blue Raider Drive. 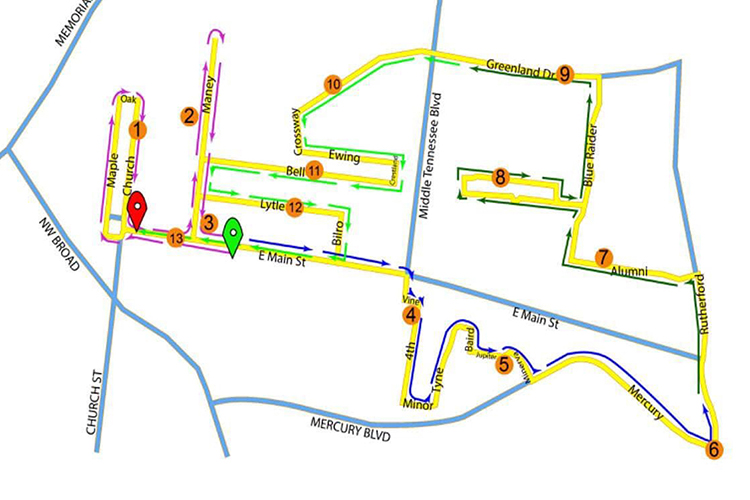